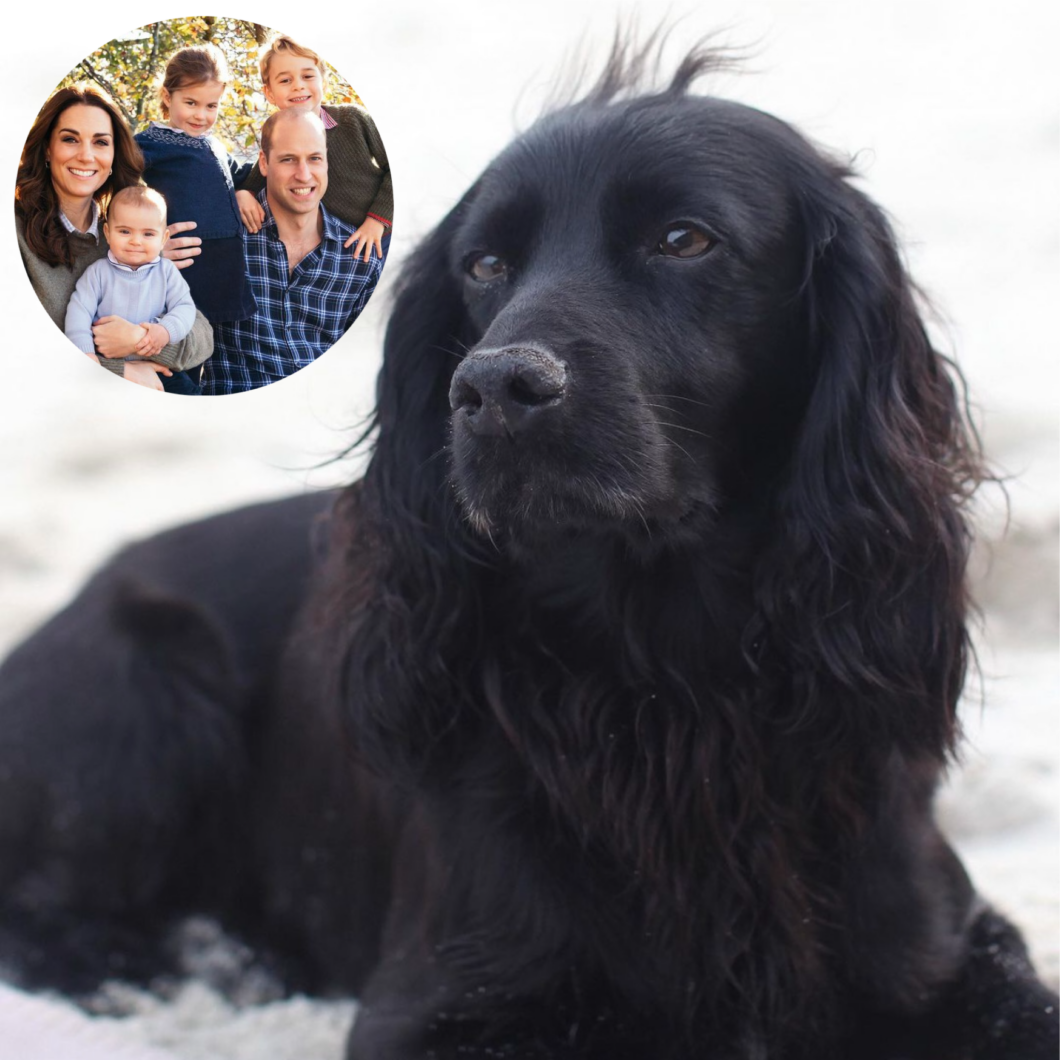 “Very sadly last weekend our dear dog, Lupo, passed away. He has been at the heart of our family for the past nine years and we will miss him so much. – W & C” @kesingtonroyal shared with us via Instagram.

Lupo was Prince William and Kate‘s beautiful black English Cocker Spaniel. The couple decided to bring Lupo home in 2012 when the Duchess of Cambridge worried that she might get lonely while her husband was away on a six-week trip.

Lupo was pre-royal babies and the couple is said to have been incredibly protective of their first fur baby… initially refusing to tell press what the dog’s name was. At the time, their spokesperson insisting it was a “private matter.”

Kate accidentally said the pup’s name in front of media while at an art therapy session in February of 2012 at the Rose Hill Primary School in Oxford. Oops!

One of the most fun Lupo stories involves Prince George. When Kate became pregnant, her and William could not decide on a name. It is rumored that the couple left pieces of paper around the house with different names written across it. Whatever piece of paper Lupo put his paw on was to be their first baby’s name… George it was!

Lupo was a gift from the Middleton family. His mother actually belongs to Kate’s parents, Michael and Carole Middleton.

Lupo even inspired a sweet series of children’s books. The Adventures of a Royal Dog!

We are so sorry to Prince William, Kate, George, Charlotte, and Louis! We wish we could give you a hug!