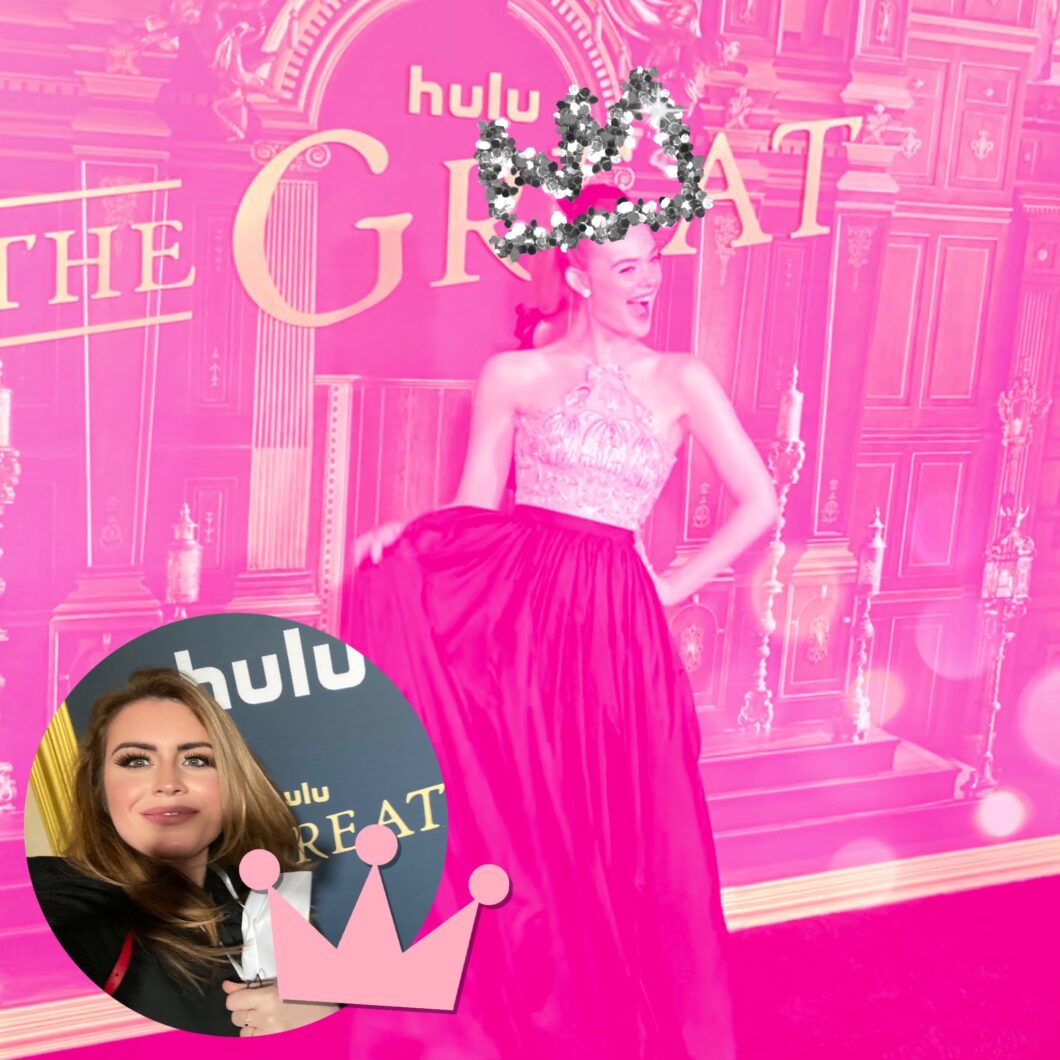 Huzzah! Have you watched season 1 of Hulu’s The Great? It is a fantastic satirical comedy loosely based on the evolution of Catherine the Great… the longest-reigning female ruler in Russia’s history! Elle Fanning plays Catherine with such poise and sophistication while exposing just enough vulnerability for you to be wildly protective of her.

The historic places and costumes meshed with modern-day potty mouths is beyond amusing. Nicholas Hoult plays Catherine’s neanderthal husband Peter with such perfection that he’s one of the most beloved and loathed characters at the same time. In season 1, Catherine is under pressure to provide Peter an heir while she secretly plots to steal the throne from him. Season 2 promises new challenges and new characters! Including a baby bump!

Hulu invited us to the premiere of The Great season 2 where ToDiForDaily.com‘s Kinsey Schofield asked the cast about the upcoming season and the world’s current obsession with royalty.

The Great‘s Belinda Bromilow is beyond excited for you to see season 2, “It’s very exciting!” she says. “It’s Catherine trying to juggle being in power and trying to stay in power and implement some of her ideas and constantly being thwarted by the people around her!”

Doesn’t it feel like the word ‘thwarted’ is only used when discussing royal showdowns? We love to hear it! Aunt Elizabeth tells us that it takes over two hours between hair, makeup, and costume when shooting the Emmy nominated period piece. She left her butterflies at home but did wear a beetle brooch to the premiere so we weren’t disappointed.

When it comes to our royal obsession, Belinda says a lot of it has to do with their extravagant lifestyles, “I don’t know, I mean, yeah! It’s a bit of a theme, right? I guess the world they live in is so extraordinary and sumptuous and kind of indulgent, but then with our show… all the stuff you can… relate to. Weirdly enough! And it’s funny.”

Elle says that strong women are currently on our radar. “I think there’s so many, especially women in history, so many progressive women with amazing stories to tell that a lot of people don’t necessarily know. Catherine the Great, I knew who she was but she’s kind of been reduced to this horse rumor. She did so many amazing things so I think this show, in its fun, tonal, dark comedy way, gets to show and share things that she did in history as well.”

Elle agrees that the extravagance of royals is appealing, “Who doesn’t love the opulence and the dress and the gorgeous sets? It’s a real feast for the eyes!”

What does Catherine do with her power? You can stream Hulu’s The Great seasons 1 and 2 right now! Not a Hulu subscriber? Get a free week! Huzzah!