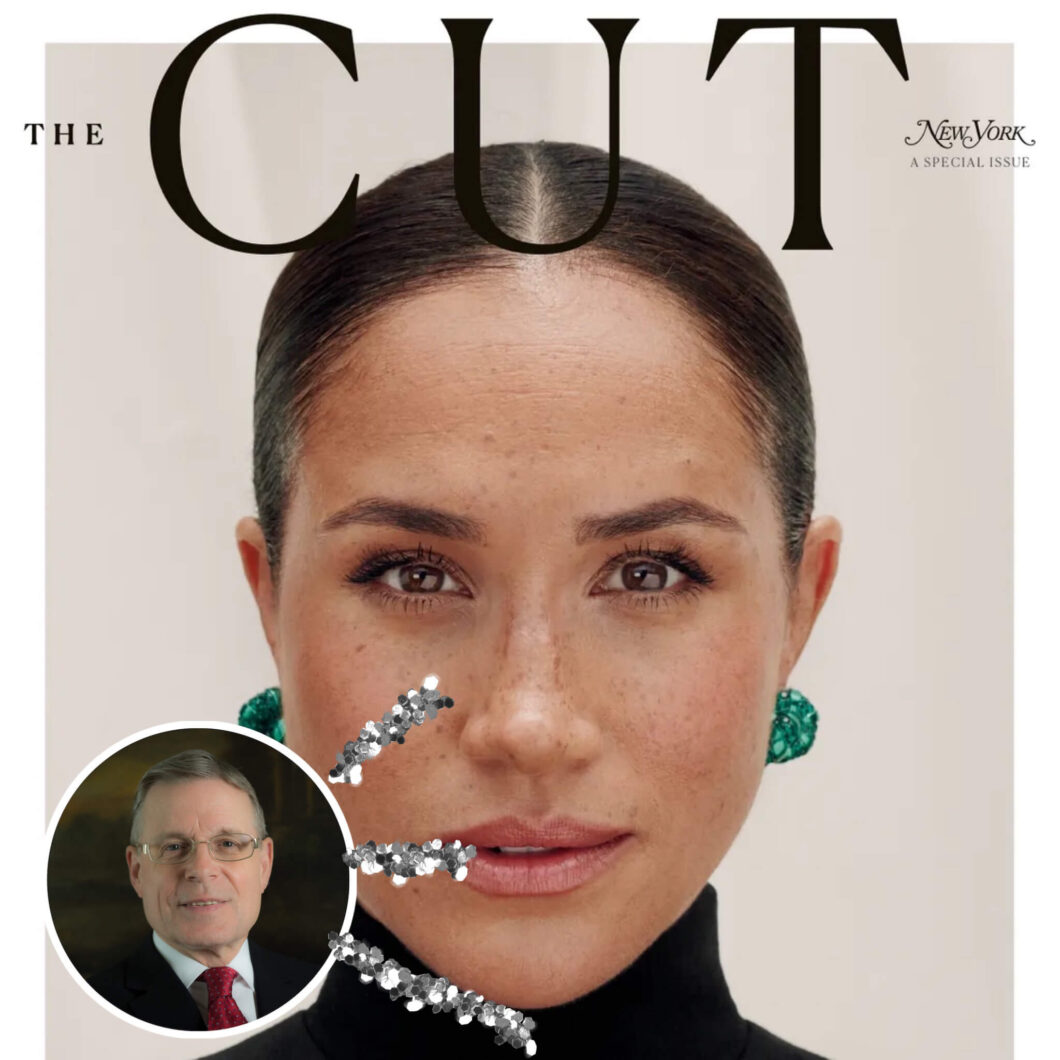 Richard Fitzwilliams is a royal commentator, film critic, and public relations consultant. He was the editor of The International Who’s Who from 1975-2001. Most importantly, he is my friend! – Kinsey

THE SUSSEXES; IS THE TIDE TURNING AGAINST THEM?

The soubriquet “Petulant Princess” suits the Duchess of Sussex extremely well at the moment. Even Mariah Carey, her second celebrity guest on her Spotify podcast, called her “a diva”, an accurate observation which made her “squirm in her chair”. What is troubling is the state of mind which would lead Meghan to relate an anecdote in the interview with Alison P. Davis in The Cut, where a member of the cast of The Lion King from South Africa actually compared the rejoicing over her marriage to Harry, to that when Nelson Mandela was released from prison. It has been reported that this may be an invented story. No satire could do it justice!

Then there’s her position as a royal, wife to the sixth in line to the throne. She is quoted as saying “little girls that I meet and they’re just like “Oh my God, it’s a real-life princess”. She is indeed and the 6,400-word interview is notable for its absence of praise for the institution which Harry was born into and which gives her work and status.

The insatiable desire for news about the royals and the fact that Meghan is who she is, makes everything they say and do news. The media and social media give them vast coverage, though much of this is increasingly negative. A YouGov poll published in May showed declining support in the US. However, they made the Time 100 Most Influential People List and clearly have global reach. Harry’s memoir, which may or may not be published soon, might contain sensational revelations which could be very damaging indeed for the royal family.

However, the sheer idiocy which comes across in interviews, podcasts, and comments such as Harry’s after they visited the Queen in April “I’m just making sure she is protected” and has got “the right people around her” is finally also making headlines. The fact is, that after Oprah, where they used their truth so ruthlessly and so effectively, that they are so consistently unpredictable. They clearly see themselves as victims, but how many actually believe what they say now? Oprah did not ask them a difficult question or probe but the audience for that interview was vast. It damaged the monarchy among the young everywhere and was impossible to rebut, other than with “some recollections may vary”, a memorably dismissive comment from the Queen. There is no doubt that their stepping down from royal life after so short a period and the loss of Harry’s military titles and their patronages was a huge blow to both them and to the monarchy. It was, as is obvious, inevitable given their behavior since, but it remains truly sad that it happened and the split between William and Harry is tragic.

In the piece in The Cut, there are extraordinary ambiguities. It turns out that the quote “Harry said to me “I lost my dad in the process” refers to Meghan’s estranged father and not to Charles. What is alarming is the pretense that her clearly threatening statement “I never had to sign anything that restricts me from talking…I can say anything” is actually supposed to be about forgiveness and is apparently part of Meghan’s “healing” process.

Meghan is not untalented, her podcasts with Serena Williams, though much of it was about her, and Mariah Carey were constructive, especially when dealing with the discrimination women undoubtedly face. Both Harry and Meghan are valuable campaigners on extremely important contemporary issues such as racism, gender equality and mental health, and, of course, Invictus. Why do they not support the 96-year-old Queen and the rest of the royal family and why do they attack the monarchy so frequently and so destructively?

Why are they coming back to Britain to support two charities in early September? Their popularity in the polls is extremely low, they and much of the media are at war and there is a deep rift between them and most of the rest of the royal family. Could it be because Netflix, with whom they have a valuable contract, want more? It is becoming increasingly clear that so much of what they do is simply all about them, this visit may prove ill-timed and their support may decline even further.

This interview can also be heard on the To Di For Daily podcast.