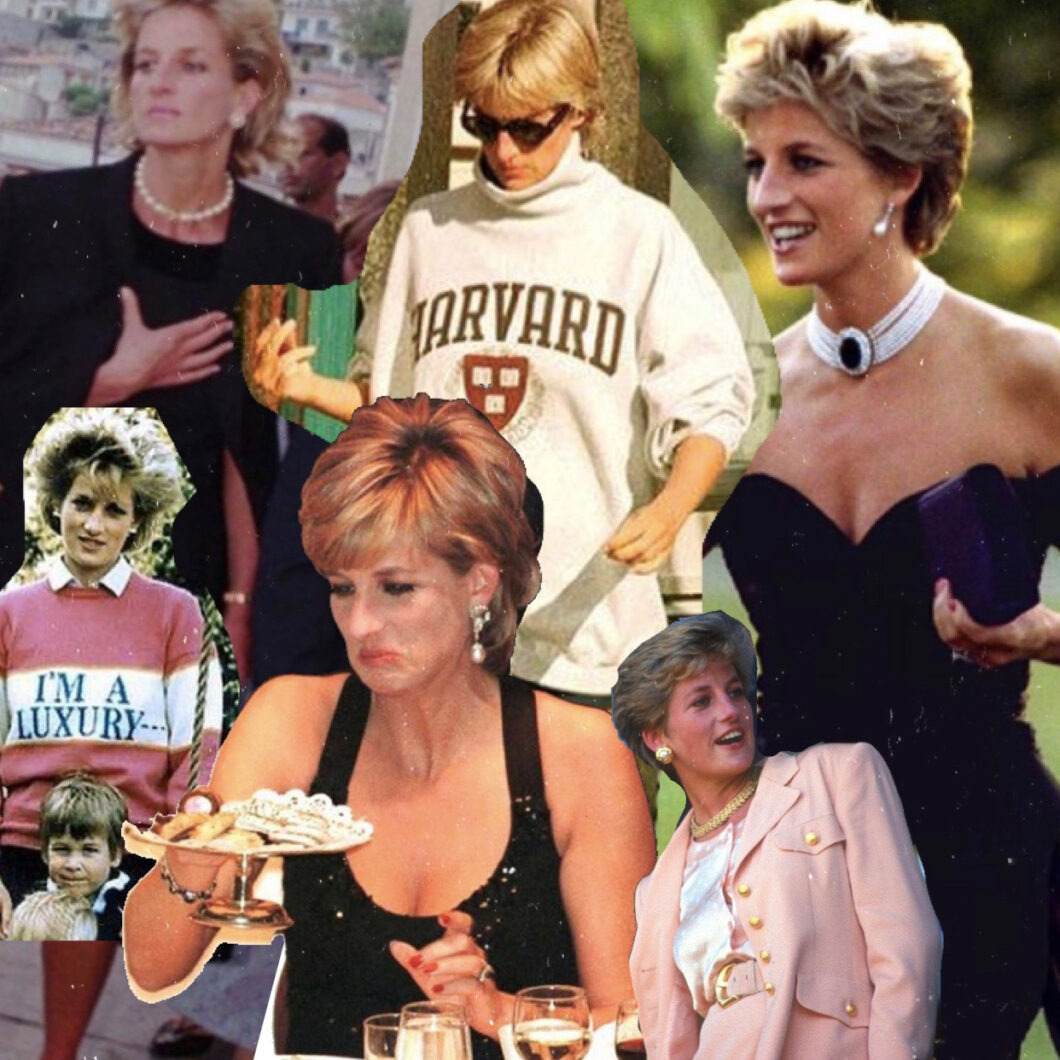 Eloise Moran of Los Angeles is the witty writer behind @ladydirevengelooks on Instagram. She pairs photos of Princess Di with silly captions that will make you laugh out loud. According to an old Twitter account, Moran wears Birkenstocks and cries during Julia Roberts movies so we like her.

Although the palace would likely frown on her Instagram’s existence, Moran has gained an audience of over 50K followers with her sharp tongue.

We scanned through 250+ posts and put together a list of 5 of our favorite Princess Di revenge looks.

5. Princess Diana on holiday in St. Tropez in the South of France in the summer of 1997. According to Danielle Naer of The Zoe Report, “Diana wore a coordinated look: a fluorescent tie-dye swimsuit with a matching sarong, ticking a box with two of this season’s biggest trends.” It would certainly fit 2020’s tie-dye quarantine craze.

4. “I’M A LUXURY… FEW CAN AFFORD.” This 80’s iconic knit sweater was often referred to as the “Royal Sweater” once Princess Diana was photographed in it in 1986. The 100% wool knit garment was made by Blades Ltd., Ca. Royal watchers loved to try to dissect what was happening inside the palace walls when Diana would wear something quirky. This sweater was no exception.

3. Likely a lazy day for Diana has become one of her most celebrated and chic looks. Not too long ago, Urban Outfitters made knockoffs of this unique Harvard sweatshirt. I was late to the game and had to get it off of Poshmark for double the price. (And let’s not talk about the $100 I spent in online classes at Harvard that I did not complete during quarantine.)

2. The black sheep sweater became front and center again in November of 2019 when Harry Styles wore a similar look in blue. You can find original vintage pieces on Poshmark or etsy for about $300. Remember what we said about royal watchers dissecting what she was wearing for gossip? This famous sweater had tongues wagging.