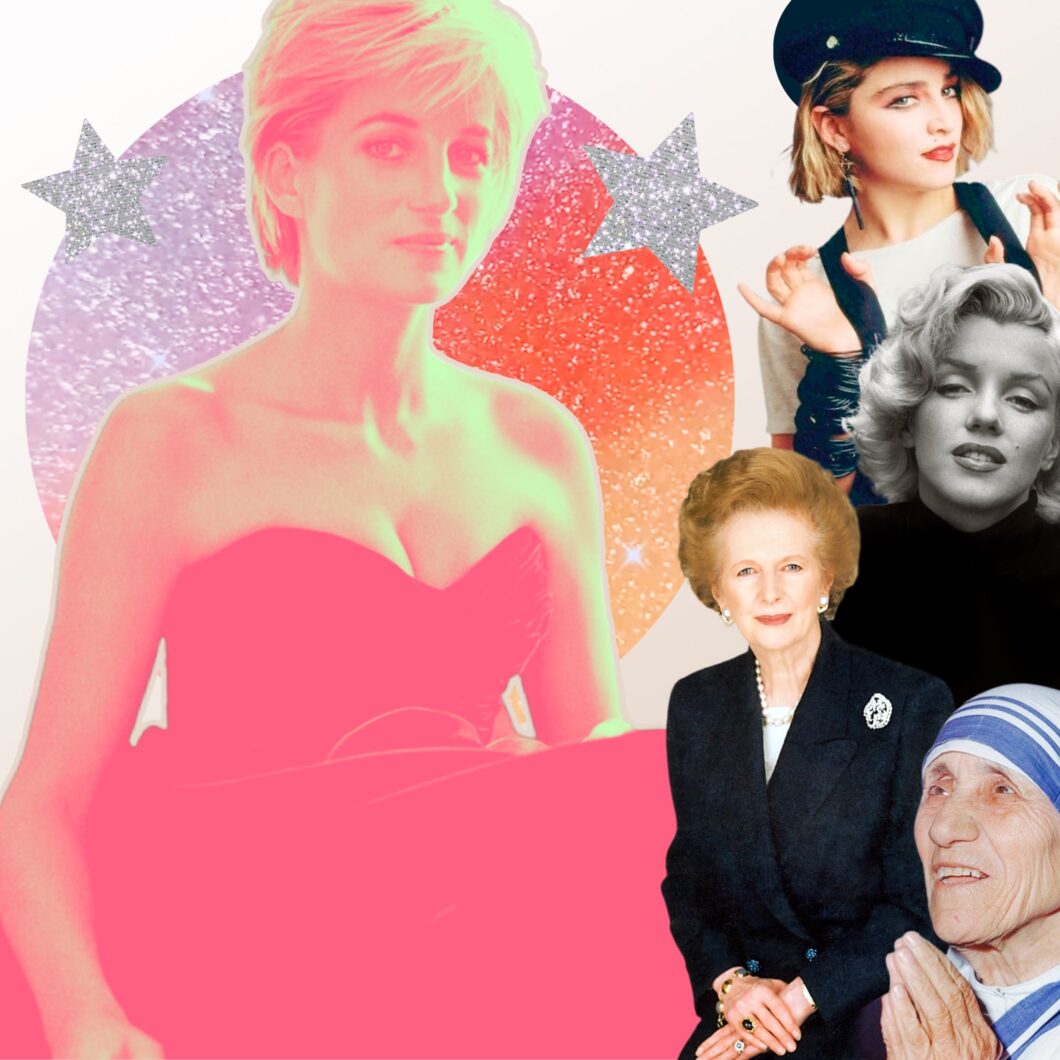 Before the Kardashians (I know, I’m sorry), the most significant woman on the face of the planet was arguably Princess Diana. The Princess of Wales’ impact on society continues to shine through the charitable efforts of her children… while fashion continues to revisit her timeless style and grace. But who influenced the OG influencer?

In 2001, while promoting his book on Madonna, Andrew Morton (author of Diana: Her True Story) spoke to the LA Times. “It’s funny because I asked Princess Diana who she admired. She said, ‘Mother Teresa, Margaret Thatcher and Madonna,'” Morton said. “Strong women.”

Morton revealed that Diana admired Madonna and appropriately, Madonna wanted to be a princess. “She [Madonna] has transformed herself into royalty,” Morton told the LA Times. “Minor royalty, like Lady Helen Windsor.”

Learning of Diana’s death from her Miami home, Madonna was said to be devastated. “I was crying out ‘Please God, let her live.’ I felt outraged and helpless. I really freaked out,” she told the Times in September of 1997. “As much as I want to blame the press, we all have blood on our hands. All of us, even myself. I bought those magazines and I read them.”

“We all need people to look up to,” Madonna said of Diana. “The bravest and most dignified thing about Diana was that while she exposed herself to the public, she also said ‘I’m not perfect. I have my problems’. I’m not saying I agree with everything she ever did. But what we need is not role models who say ‘I’m perfect’ but ones who say ‘I’m flawed and I’m vulnerable and I’m going to try and change and be a better person.'”

Two of the world’s most famous blondes had one encounter thanks to Fergie. “We must have talked for about 10 minutes. I said I always sympathized with her position and made some joke that she was the only person who seemed to get more attention than me,” Madonna revealed.

“She said ‘I think you handle the press better than I do.’ I said ‘You will have to get skin as thick as an armadillo.'”

Madonna hurt for the Princess, “I sensed a kind of desperation from her and I realized that she just did not have the same kind of support from friends as I have.”

On a slightly unrelated note, Madonna was invited to the infamous White House dinner in 1985 where Princess Diana danced with John Travolta. “It was a very, very smart [guest] list.” Journalist James Whitaker said.

“Madonna, who was originally invited, got a note from Nancy Reagan which said, ‘Can you assure me that you won’t wear some outrageous dress?’ Madonna replied, ‘No’, she couldn’t assure her.

Madonna was allegedly removed from the guest list. Why was Nancy Reagan so allergic to happiness?

According to Mary C. Johnson, a former nun in Mother Teresa’s Missionaries of Charity, Mother Teresa and Princess Diana first met in 1992. She told Huffington Post, “Mother led Diana into her room, a tiny office/bedroom just off the compound. I waited outside, guarding the door, hoping these two women – so hounded and so admired – might find solace in each other’s company,” Johnson told HuffPo. “They talked for nearly thirty minutes.” After their private meeting, they took photos for media, and decided to go pray together.

“Mother told me she and Diana wanted to be alone with Jesus. Mother led Diana across the compound. According to our custom, they both removed their shoes before entering the chapel. I guarded the open chapel doors as the world’s two most-admired women knelt, heads bowed. Mother mumbled words none of us in the gathering crowd of nuns and British Embassy folk outside could hear.”

The two reunited in New York City in June 1997. According to The Independent, Mother Teresa and Princess Diana “walked hand-in-hand through the streets of New York’s Bronx. “They hugged, kissed and prayed together during the 40-minute visit and Mother Teresa blessed the Princess.” This would be their last visit before Diana would die tragically in a car in August.

Diana’s butler, Paul Burrell, made sure that the rosary Mother Teresa gifted Diana was in her hands in the Paris hospital as they prepared her body to bring her back to the UK.

Although Princess Diana is documented as being a fan of political powerhouse, Margaret Thatcher, the two women rarely, if ever, spoke of the other publicly. According to Howard Hodgson’s 2007 biographer, Charles: The Man who will be King, an unnamed “insider” told Mr Hodgson, “Mrs. Thatcher did not see Diana as a threat to her premiership at all, despite her being one of the most famous people in the world and later hailed as the ‘People’s Princess’ by Tony Blair.”

Thatcher allegedly did not get along with Prince Charles. The anonymous source claimed, “Diana was a better bet because she had no interest in such matters [politics].”

In Sarah Bradford’s Diana, Bradford discusses Princess Di’s intrigue with movie star, Marilyn Monroe. Bradford describes Diana as “a student of icons, especially Marilyn Monroe.” The Princess would argue about Marilyn’s IQ with friends and admired that Monroe battled the studios the same way that Diana battled the monarchy.

Author Sally Bedell Smith compared the two as well, “Like Marilyn, Diana was obsessed with finding her identity, harbored a terror of solitude, and suffered from crushing despair.”

Both women lost their lives at age 36. Chillingly, Elton John’s “Candle in the Wind” was originally written to honor Marilyn Monroe in 1973. In 1997, Diana’s close friend, Elton John, performed a rewritten version of the song as a tribute to the princess.