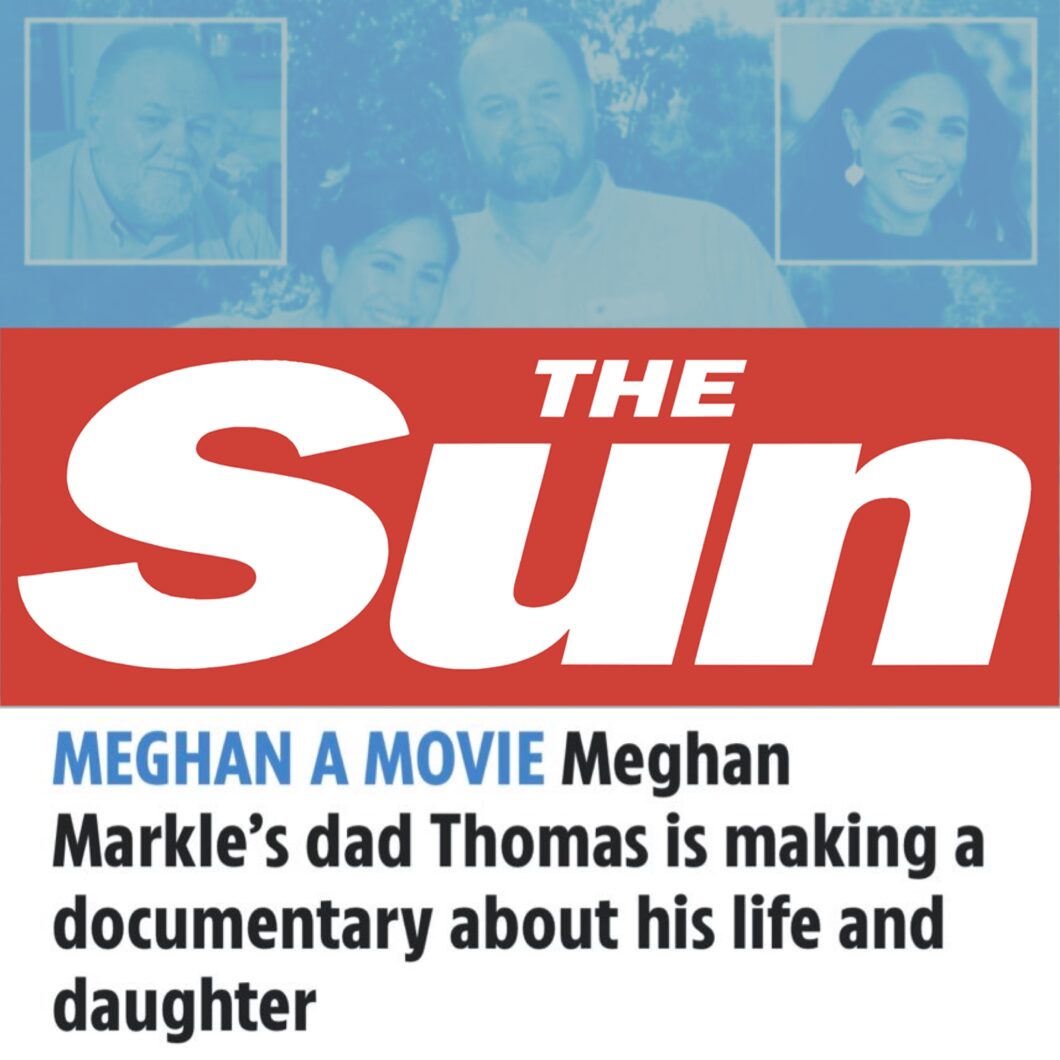 First of all, I am sorry if Thomas Markle is having health problems. Obviously he’s not allowing them to slow him down.

The last time we heard from Meghan Markle‘s father he was at odds with the postponement of Meghan’s case against Associated Newspapers regarding a private letter she had sent to her father. Despite Thomas Markle willingly providing the letter to The Mail on Sunday.

At the time Markle, 76, told the courts, “None of my relatives lived beyond 80. I am a realist and I could die tomorrow. The sooner this case takes place the better.” Mr. Markle stressed that he has serious health conditions associated with his breathing and heart and said that this case is causing him anxiety.

According to an exclusive from The Sun this week, Mr. Markle isn’t only planning his funeral… he’s planning a documentary about one of the most famous women in the world… his estranged daughter.

“We had a good life together, up through her first marriage and her move to Canada. Then a new story begins! It’s kind of like ‘What happened to my baby girl’,” he tells The Sun.

He believes the project will be completed this year and will provide more of a “complete picture” than revealed through Thomas’ other media ventures.

“My documentary will have some new videos and my favorite photo of my ‘baby girl’ and we try to figure out what went wrong. I think we will do a good job.”

I’m not a psychologist but the fact that he’s even willing to develop a documentary about his ‘baby girl’ in the middle of a High Court PRIVACY battle tells me that – that’s what went wrong. His actions.

It doesn’t take a genius to understand where Meghan’s resentment comes from. Whether you like the Duchess of Sussex or not, her father’s actions are despicable and opportunistic.

Our parents and our relationships with our parents result in so much of our adult behavior. When they disappoint us, even as adults, it is devastating. I still think that time heals all wounds. Had he quietly gone away for awhile… he might have been surprised by the phone ringing and finding Meghan on the other end of the line.

Every time he opens his mouth about her or does something that exploits her professionally… the odds of forgiveness become smaller and smaller. I also don’t believe that people/fans enjoy watching the dysfunction play out via willing media participants.

Mr. Markle… please just let them be. Pray for forgiveness. Pray for their happiness and success. Focus on the good times. Journal. Express yourself quietly. I believe you miss your daughter and are hurting for her. I am sorry. But your actions do not reflect a man that sincerely wants to reconnect with his baby girl.

PS. While Thomas Markle was stirring up more publicity by using his daughter’s name… The Duke and Duchess of Sussex fed veterans volunteering in Los Angeles in honor of MLK Day.