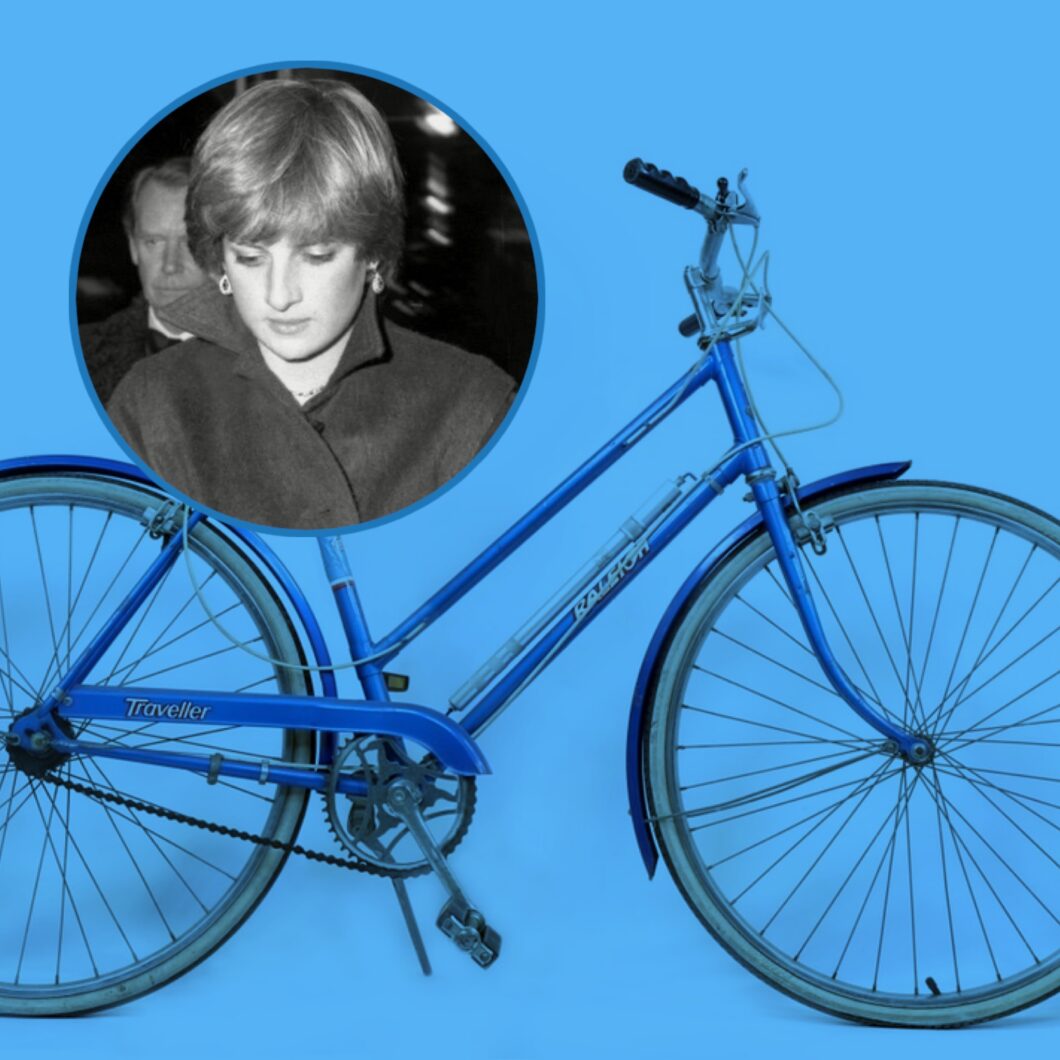 It was blue, it was fast, it was “unfit for a Princess.”

Burstow & Hewett Auctioneers in Battle, East Sussex recently auctioned the bicycle belonging to Lady Diana Spencer aka Princess Diana at the beginning of her relationship with Prince Charles. Legend has it that Diana loved to scoot around on her Raleigh Traveller Bicycle near her three-bedroom flat in Earl’s Court. She even rode this bike to work every day at the nursery. Shy Di would chain it up outside and at least once had a tire stolen! She told a paper that she enjoyed cycling in London but it was “very irritating” to find a wheel missing the next morning. Princesses, just like us!

It was decided that Lady Diana would move into Clarence House the night before her engagement announcement in February of 1981. As she began the packing process, palace courtiers suggested that she leave the bicycle behind as it was “unfit for a Princess.” Ok, Debbie Downer. Are you allergic to fun or what?

The bike made headlines when media found out that Diana was instructed not to ride around town anymore. It was branded the “shame bike,” and Burstow & Hewett Auctioneers notes that it became “a famous symbol of Diana’s oppression.” The listing for the bike reads, “Something she loved being taken away; and control over her public appearance for the reputation of what is deemed acceptable for a lady of the British Royal Family.”

The bike includes two additional historic pieces, a 1981 newspaper clipping, and a framed letter from Mr. Gerald Stonehill, the dad of one of her friends. Stonehill originally purchased the bike from a young Lady Diana Spencer. The note explains that “Diana had hoped the [original] sale would be concealed” afraid that any media attention would be “inconsistent with her future status.” Stonehill held onto the bicycle for almost 30 years before selling it in 2008 for about $300.

In 2018, the bike sold for almost $13,000. Now, in 2021, the bike has been sold for over $61,000! Burstow & Hewett Auctioneers credit the increase in value to the popularity of The Crown and the Duke and Duchess of Sussex. My favorite part of the auction lot page is the disclaimer that the bike “needs servicing.”