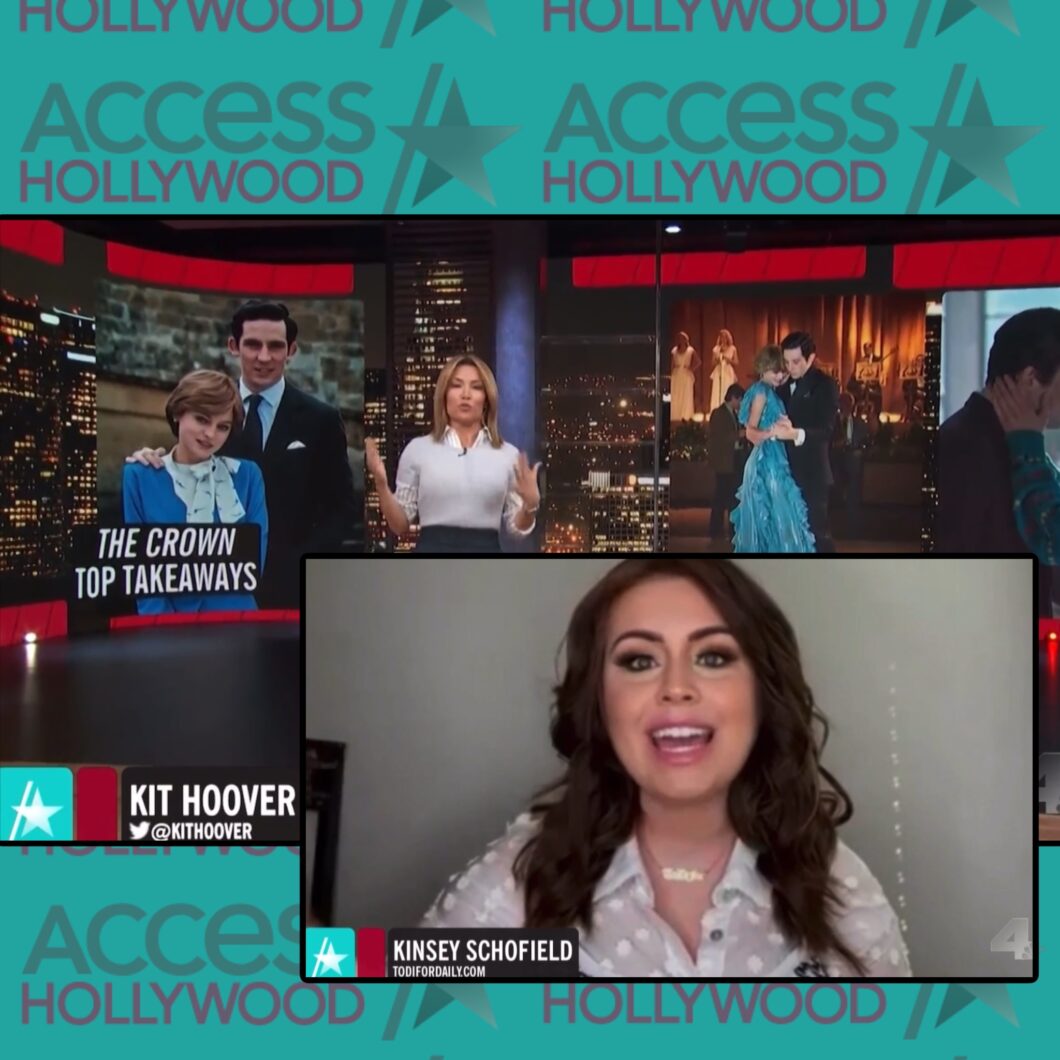 Thank you so much to Access Hollywood for featuring Kinsey Schofield of To Di For Daily‘s Top Takeaways from The Crown!

– Emma Corrin is an extraordinary Princess Diana. What an impossible task! We know her face, her gentle voice, and her shy mannerisms by heart. Thankfully Emma was a blank canvas that snuck up on us with such strong similarities in mannerism and dialect that it is haunting.

– We are introduced to Lady Diana Spencer on The Crown as someone that does not follow the rules. She says multiple times in her first scene with Prince Charles that she has promised her sister that she would stay away.

– If you are pro Prince Charles and Princess Diana… expect your blood to boil over this Camilla scene. Camilla (Emerald Fennell) invites Princess Diana to lunch. The dialog obviously can not be confirmed but the lunch itself happened in real life according to numerous Princess Diana biographies. The manipulative nature in which Camilla hacks away at Princess Diana’s self-esteem and confidence in her relationship with Charles is devastating and makes her character very unlikable. In real life, this was one of the moments that cemented in Princess Diana’s mind that her marriage was doomed to fail. The script and actors captured this perfectly.

– Gillian Anderson completely dominates as Margaret Thatcher. She almost feels like a martyr… so committed to her causes no matter the repercussions. This is an award winning performance from Anderson.

– One of the highlights of Season 4 is seeing the Prime Minister take an audience with the Queen (Olivia Colman.) There are a total of 11 (barbed) audiences between Queen Elizabeth and Thatcher this season and it’s fun to watch them get to know and respect(?) each other despite extreme differences. Initially Thatcher sees the Queen as privileged and the Queen considers Thatcher divisive. The Crown‘s evolution of the relationship is well orchestrated.

– This is another award winning performance from the costume department. Over 400 costumes made for Season 4. 120 for the Queen and 80 for Princess Diana. Numerous outfits literally replicated from Princess Diana’s iconic wardrobe.

Some additional thoughts – This season is a blow to Prince Charles and Camilla’s “brand” in real life.

The royals have worked very hard to rehabilitate their brand post Diana and between this and the BBC drama… These are setbacks that are reminding the world how wonderful (although troubled) Princess Diana was and how callous Prince Charles and his family could be.