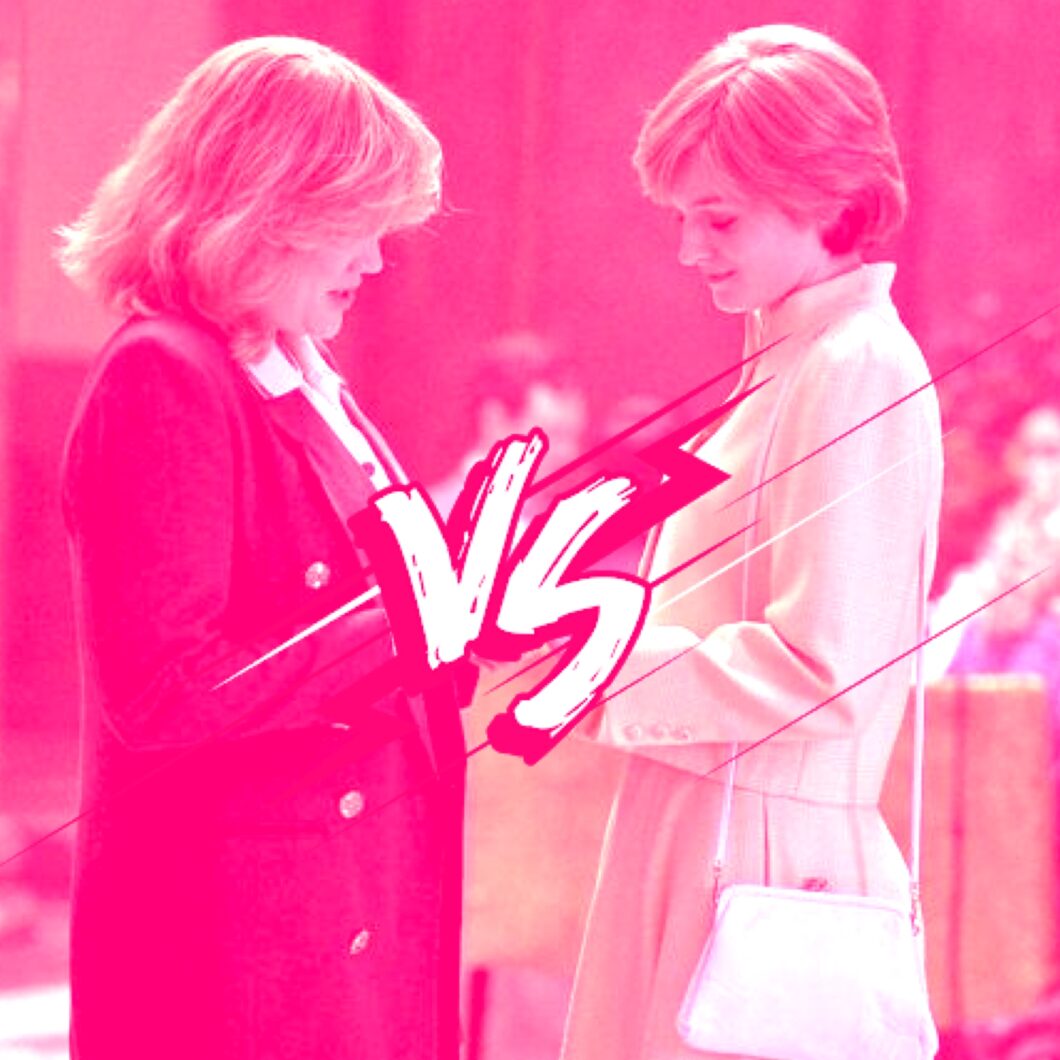 We are super excited about Season 5 of The Crown. Here’s everything we know. Here’s everything we could possibly see for Princess Diana‘s storyline. We know that Seasons 5 and 6 will lead us up to the year 2000. That being said, we imagine that Season 5 will revolve around a five years period, 1990 – 1995. Realizing this, it occurred to me that we won’t get Princess Diana’s confrontation with Camilla Parker Bowles in 1989! Screams :::nooooooo::: and shakes fist in air. We imagine the conflict in the video below…

To set the scene, Princess Diana was invited to Annabel Elliot‘s birthday party alongside Prince Charles. Annabel Elliot is sister to Camilla Parker Bowles. No one, especially Prince Charles, expected Diana to go. It was simply a courtesy invite and a courtesy invite-only. Feeling bored and bold, Princess Diana decided to throw on a gown and accompany her husband, who was having an affair with Annabel’s sister Camilla.

This incident is documented in three separate books that I’ve read: Princess in Love by Anna Pasternak, Diana: Closely Guarded Secret by Ken Wharfe, and Diana: Her True Story by Andrew Morton.

Guests were surprised to see Diana arrive at the party, as they were all in on the secret of Charles and Camilla. Talk about awkward!

After a short time Diana went looking for her Royal Protection Officer, Ken Wharfe. “Tearfully and clearly distressed, she told me that Prince Charles and Camilla Parker Bowles had been absent for some time, and she was adamant that she wanted to find them,” he remembers in Closely Guarded Secret.

The two went down to the basement and found Prince Charles, Camilla, and another man in a dark corner. They jumped up upon their arrival. Diana asked the men if she could speak to Camilla and Prince Charles and the man headed upstairs, “like chickens with their heads cut off,” Diana later shared.

Diana told Camilla, “I would just like you to know that I know exactly what is going on.” Camilla played dumb. Diana insisted that she knew what was going on and wanted Camilla to know. This time Camilla responded saying that Diana had “everything she could ever want” and “all the men in the world fall in love with her.” Camilla asked, “What more do you want?” Diana replied, “I want my husband.” Mic drop.

Her security guard Ken describes the guests’ reaction to the confrontation in the video above.

Hi, can someone please tell me how this scene was totally ignored in Season 4? I’m dying!