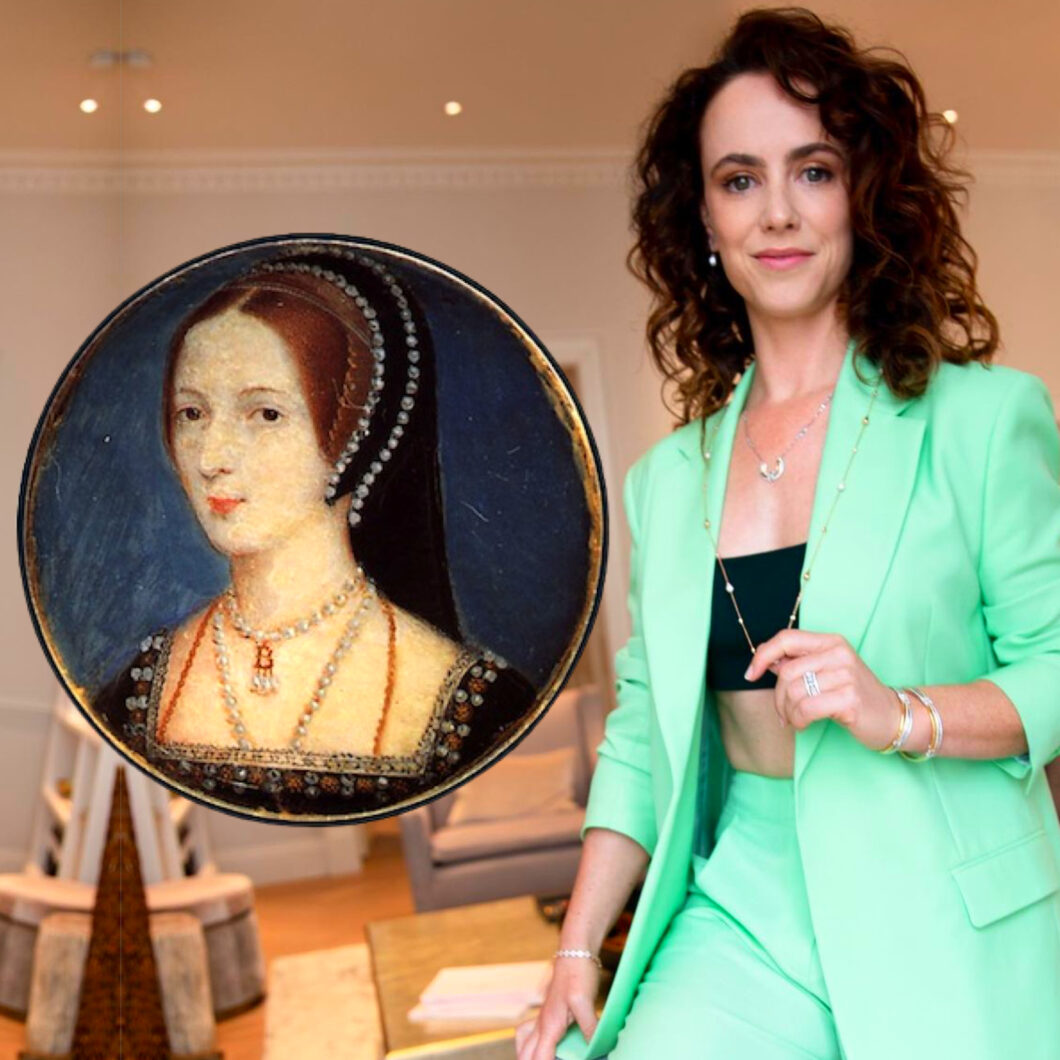 “[Spencer] is amazing. It’s definitely nothing like we’ve seen before, it’s nothing like The Crown,” Manson shared with Good Housekeeping. “It really delves into Princess Diana’s mental state around a certain time in her life. It’s just really unnerving, how great Kristen [Stewart] is. She’s brilliant.”

But what does Princess Diana have in common with the second wife of King Henry VIII? A woman sentenced to death after being found guilty of incest, witchcraft, adultery, and conspiring against the king? The two women seem worlds apart.

While we don’t know details surrounding the Spencer script, historian Dr. Suzannah Lipscomb spoke to Princess Diana’s former private secretary, Patrick Jephson, who said the women did have several things in common. Featured on Henry and Anne: The Lovers Who Changed History, Jephson reveals, “I think there are some parallels with Diana there, where some of her critics, some of them quite close to the royal establishment, have tried to paint her as a loose cannon.”

He continues, “The truth was, she was an extremely dutiful princess.”

When Dr. Lipscomb asks Jephson about the two women being criticized for their sexuality, Jephson says, “I think they’re both very sassy women and you can’t sass around in court and not expect to bear the consequences sooner or later,” he warns.

“When your usefulness has been outlived, then you’d better watch out,” he stresses. “In other words, they would find anything they could to condemn her in the eyes of the world.”

Another thing the royal women had in common was scandal. Princess Diana’s private secretary says, “Scandal is one way in which courtiers, or those who make their living from the court, are able to sort out their own pecking order. And when scandal doesn’t exist, then there will always be somebody around to create it.”

Dr. Lipscomb specifically points out the stubbornness of King Henry VIII and Jephson says something interesting that relates to some of the royal gossip we hear today, “I think it is still the case that to give advice to a royal person, let alone tell a royal person they’re getting it wrong, that’s quite an art and I don’t know how many people have got that art, or want to exercise it. There is nobody, I think, today, who will tell senior members of the royal family that they’re getting it wrong.”

Obviously recorded before that Oprah interview.

Speaking to 1883 Magazine, Manson describes playing Anne Boleyn as a passion project, “Sometimes you get to do passion projects that ground you, and this very much was one,” says the Scottish-born actress. “It was so great to observe Kristen and her resilience on set and the director’s vision was truly magical as well. I think it is a really delicious and visually stunning film.”

Oh, delicious and visually stunning? Screams: WE CAN NOT WAIT!!!

Kristen Stewart‘s Spencer is set to premiere at the 2021 Venice Film Festival. The movie is the brainchild of Pablo Larraín and was written by Peaky Blinders creator Steven Knight. Good luck to Amy too! We love her fiery spirit!

UPDATED SINCE VENICE FILM FESTIVAL: According to one review, Kristen Stewart as Princess Diana reads a book on Anne Boleyn titled ‘the life and death of a martyr’ within the film. Christina Newland describes Boleyn’s presence in Spencer as showcasing, “Overt visual parallels to Boleyn; Larrain even throws Diana into a Reformation-era gown briefly, dipping from melodrama into silliness.”

See Kristen Stewart as Princess Diana in Spencer, only in theaters, on November 5th.