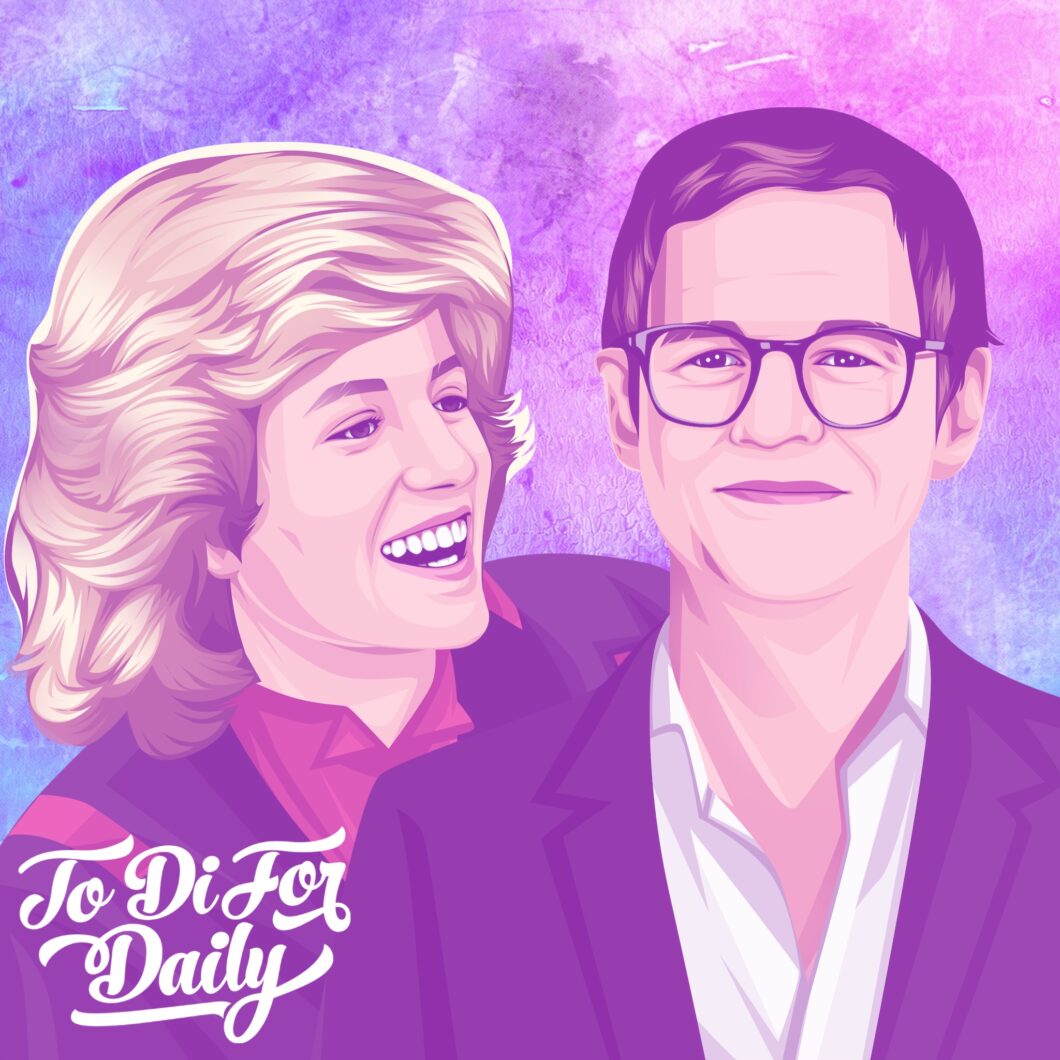 GB News presenter and comedian Mark Dolan initially caught my attention on-air with his hot takes and humor. He is a man of moral character and sharp as a tack. Plus I’m pretty sure he likes The Dandy Warhols but that has yet to be confirmed.

Full disclosure, I sometimes appear on his program but when I’m not, I watch it religiously. Mark’s monologue was dedicated to Princess Diana today and I thought it was really powerful. I couldn’t have expressed my feeling about the princess better if I tried. I wanted to share it with you.

Today marks the 24th anniversary of the untimely death of Princess Diana. Killed in a car crash in Paris.

In terms of her background, although she wasn’t exactly Dick Van Dyke from Mary Poppins, she certainly wasn’t the typical, aristocratic royal princess.

When she met Charles and they were courting, she was described in the press as ‘a commoner’ but she had uncommon gifts.

Not burdened by the pomposity of royal protocol, Diana was fresh, real, honest, authentic.

From day one, she did things her way and on her own terms, at times, in the face of unforgiving pressure from the royal family, of course, known as ‘The Firm.’

She took on ‘The Firm’ and she won. Becoming the most high-profile royal in the country. Arguably, above even the Queen herself. And her popularity extended beyond these shores. She was a globally recognized, loved, and admired figure.

She reached out to and comforted AIDS victims. Hugging them and taking their hand when that was a taboo.

She sought to represent those with no voice and campaigned vociferously against landmines among many other good causes.

She served as a beacon of humanity and empathy for all of her years in the public spotlight.

Her wedding to Prince Charles was one of the cultural events of the century. People had street parties. Remember the tea towels? The mugs and the t-shirts? I’ve still got a Charles and Diana eggcup somewhere.

It was a massive moment for the country and you could argue the beginning of royals becoming celebrities.

The crossover between our constitution and traditions on the one hand and the media and popular culture on the other hand happened overnight… thanks to Diana.

Her face… even after she tragically died… would supercharge the circulation of any newspaper or magazine even if there wasn’t a story to report.

The public loved Diana and they just wanted to see her and hear about her.

Her marriage to Charles wasn’t to be. It didn’t help that, to put it in her words, there were three people in that relationship. Charles clearly always loved Camilla and he should have married her in the first place.

Diana paid the price for the stifling royal rules that made that impossible.

The Queen would simply not have allowed Charles to marry Camilla… and the rest, unfortunately, is history.

Now they’re together now… Charles and Camilla. Clearly happy. And I think most people wish them well. In my view, Camilla has been dignified, graceful, and good-humored since day one. I’m a fan.

But it’s when thinking about Diana’s doomed marriage to Charles that one feels colossal sadness about her and about her life.

She married for love. Clearly adoring the Prince of Wales… and the anguish that she went through in the early years of their marriage was palpable. We all saw it. We all felt it.

Diana was used and abused far too often in her life. Now, I know that she encouraged the press at times but too often the press went too far and crossed the line. And the way that she was deceived and hoodwinked into that notorious Panorama interview on the BBC with Martin Bashir, was a true scandal.

That interview led to Diana losing her royal titles and crucially her elite royal protection. And we know the rest of this sorry tale as she was taken from us in a horrific car accident on this night, 24 years ago.

Did the BBC have blood on their hands for the Panorama interview, I couldn’t say, but her sons William and Harry certainly think so. Prince William made his feelings clear in May after an inquiry by former supreme court judge, John Dyson.

A statement on today’s report of The Dyson Investigation pic.twitter.com/uS62CNwiI8

Damning words from the prince. Now, Diana’s story is one of a life lost but not a life wasted. Quite the opposite.

She made the world a better, brighter place. And, of course, she was a devoted mother. Perhaps, her greatest legacy.

As with everything else, she rewrote the royal. book when it came to parenting. Teaching her children to share hugs, and express affection for each other, and to be open about their feelings.

She tried to give the boys as normal a life as possible.

It’s abundantly clear that she was an incredible mother. Which is why she would be truly dismayed by the recent estrangement of her youngest son Harry from his family… and most importantly from his own brother, William.

There’s no way that this split would have happened on her watch.

She would doubtless have used a bit of carrots and a bit of stick, a bit of the hairdryer treatment, and a bit of arm around the shoulder. And yes. Heads would have been knocked together.

Which is why Harry really must now consider ending the civil war against his own family.

Now, I don’t know whether this civil war has been fueled by his wife, Meghan, but it doesn’t matter. His relationship with his family is his responsibility. If Meghan is driving the rift, he can overrule and reach out.

Let’s hope for the sake of Diana’s memory that he does just that and that they can heal.

I will never forget, personally, where I was that fateful night when Diana died and when the grim headlines came in. I think most of us remember where we were.

I was in Central London working at a radio station called 963 Liberty, which was owned by the Harrods owner, Mohamed Al-Fayed… who’s son Dodi, of course, also tragically died that night.

It’s a cruel irony that Diana appeared to be at her happiest in years when pursued into that Paris tunnel by avaricious foreign paparazzi.

Diana set the template for a more sustainable, more human, more relatable royal family. That legacy continues today. You can see it in the way that William and Kate relate to each other and the way that they’re raising their lovely kids.

Diana brought her warmth, charisma, and stunning good looks into our daily lives. She was the people’s princess. Absolutely, queen of hearts. But she was the perfect princess too. Not in spite of… but because of her imperfections.

This was a princess so sparkling, even Disney couldn’t conceive such a creation.

The public outpouring of grief at her funeral, whilst sneered at by some in the media was sincere. The public were devastated to lose her… and we have, haven’t we, missed her ever since?

She’s never been replaced, of course not, and she never will.

May God Bless the memory of Princess Diana… who we lost 24 years ago… today.