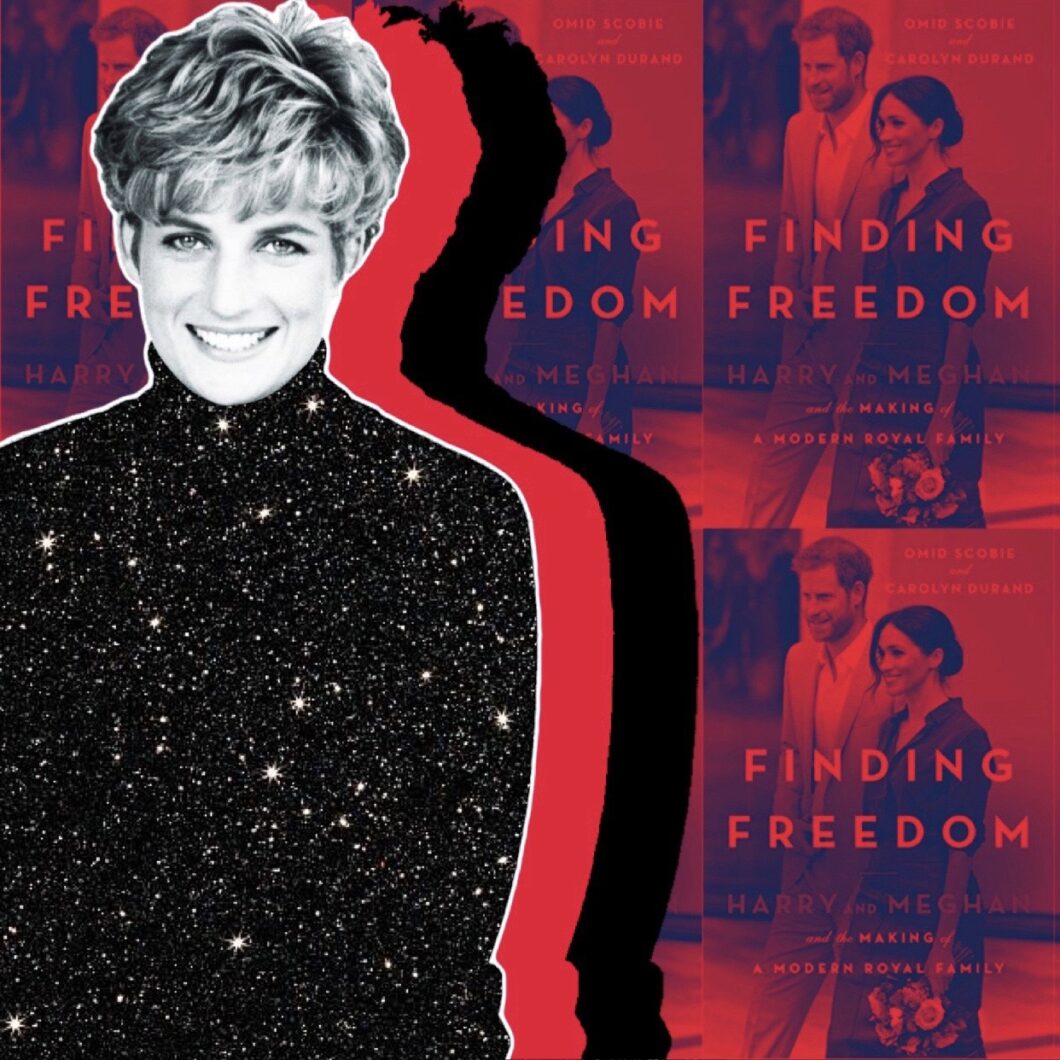 In August of 2018 author Andrew Morton described Princess Diana’s motives in participating in 92’s Diana: Her True Story to People Magazine, “It explained Diana’s feelings, her sense of isolation, her sense of being a prisoner.” But in 2006’s Diana by Sarah Bradford, Bradford wrote that Diana had confided in a close friend that she made a huge mistake, was full of regret and anxious over the publication of the book. Bradford described Di’s eagerness to spill sovereign secrets as one step (of many) that led to her self sabotage.

Behind the scenes, Morton claims that the strategy of having “friends” act as sources and not the Princess herself was his idea, to protect her from the crown. In fact, on two separate occasions Diana lied to Dickie Arbiter (spokesman for Queen Elizabeth II) stressing that she absolutely did not participate.

Jump to 2020, Carolyn Durand and Omid Scobie’s Finding Freedom is set to be released on August 11th. Today portions of the book were released to The Times and chatter around it’s release mirrors the weeks leading up to Morton’s Diana: Her True Story.

According to royal watchers, excerpts from Finding Freedom reveal too much detail for The Sussex family not to be directly associated with the publication. “As the Range Rover pulled up the driveway to Sandringham House, Harry was nervous.” Ya think?

The Telegraph describes “push back” from The Duke and Duchess of Sussex in regards to their participation. Although the book is being branded as “dispelling the misconceptions” surrounding the royal couple, their PR told Sky News that they were not interviewed for the book… instead “friends” help tell the story. Well, with “friends” that would reveal secrets to someone writing a book about you… who needs enemies? Right?

Is Harry following directly in his Mother’s footsteps without learning from her mistakes? Does Harry celebrate the Morton book? Consider it a win? According to former Markle BFF Ninaki Priddy, “I know the Royal Family was something she (Markle) found fascinating. She had one of Princess Diana’s books [Diana: Her True Story] on her bookshelf,” Priddy told the Daily Mail in 2017.

Did the couple find authors that they trusted with their side of the story? Scobi is notorious for having a sensitivity towards Meghan, and that’s ok. Perhaps they did work with friends, perhaps they worked with the authors directly. Directly following Princess Diana’s original strategy. But Diana: Her True Story caused irreparable damage to Princess Di’s entire family. Anger, embarrassment, and revenge. If it is your only source for Diana’s legacy, you might mistake her as bitter, weak, and venomous. According to Sarah Bradford, she is even caught in several lies throughout the book. The Princess Diana of 1992 was not the Princess Diana of 1997. She had evolved and matured. Although still heartbroken over the end of her marriage and desperate to find a partner, she was hopelessly in love with her sons and committed to making the world a better place through her charity work. Something that does not resonate through Morton’s pages.

I have always admired Prince Harry. Can you imagine growing up being known as “the Spare?” He is so much more than that. He deserves to feel safe and secure with his family. He deserves to be heard… but I hope he is not making decisions that will hurt his relationship with his brother forever. No one can relate to the (traumatic) experiences the young princes have had together. From their parents chaotic relationship, hateful headlines, and the unexpected death of their mother. Not being able to leave your house without hearing flashbulbs. They have holes in their hearts that mirror one another.

Diana once said, “The biggest disease this world suffers from is people feeling unloved.” If Harry and Meghan think they will change public perception of themselves through a book, while hurting people that truly know and love them… is it all worth it?