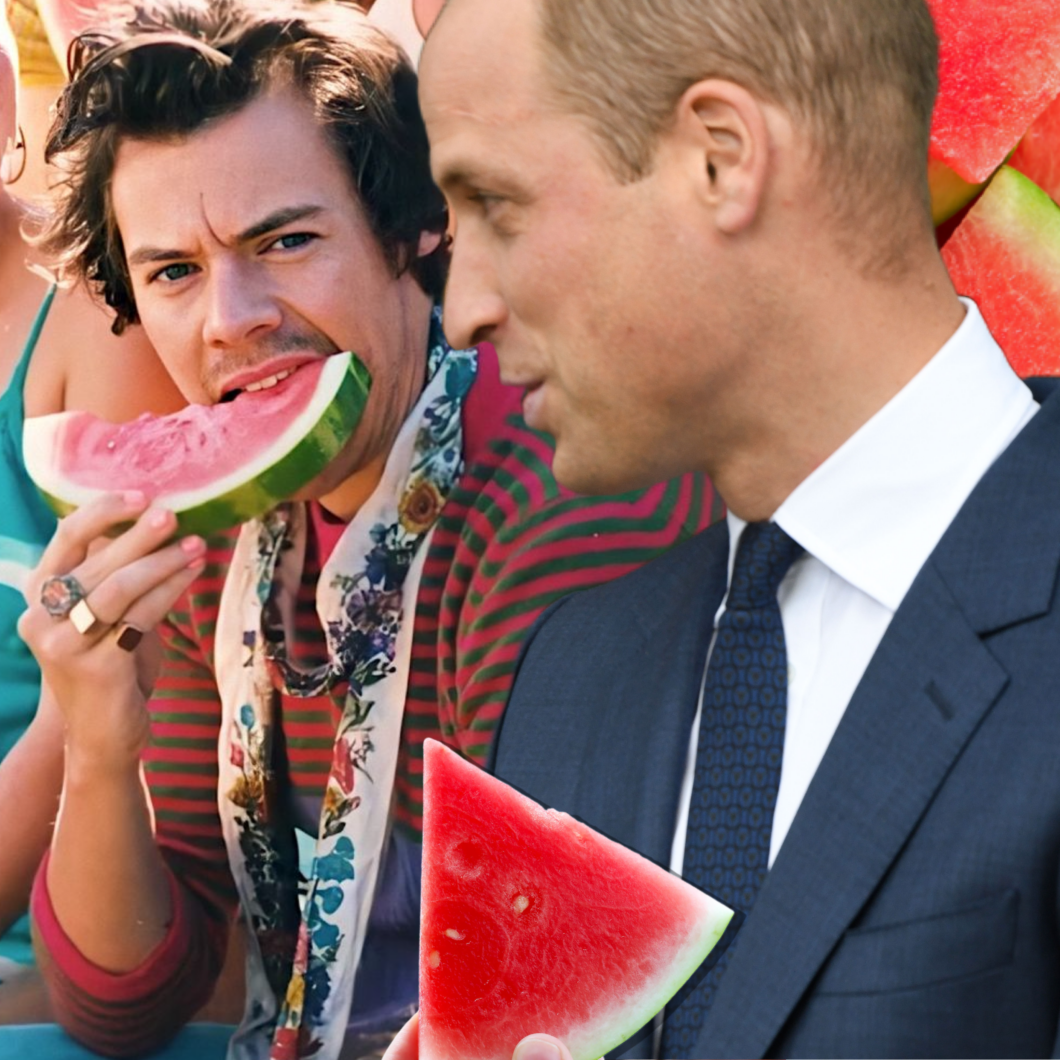 “Today, The Duke visited Belfast to mark Emergency Services Day #999Day – more to come!” says the Instagram Reels caption. The video included Prince William loving on a puppy named Tara, some hyper-chic transitions, and the royal talking to police and fire ambulance employees at an appropriate distance (due to the pandemic.)

Royal watchers weren’t quite sure what to think about the song selection though… “Next reel gonna feature WAP lol,” joked @leamisu. “Not to take away from the fantastic work being done here but maybe check the meaning behind watermelon sugar lyrics!!!” @mumma_to_3_musketeers said choosing to include as many exclamation points as she has musketeers.

According to StyleCaster, the meaning of Harry’s ‘Watermelon Sugar’ is related to his ex-girlfriend, Camille Rowe. Camille said in an interview with Elle UK that one of her favorite books is Watermelon Sugar by Richard Brautigan. Although some articles allude to the song being sexual, I couldn’t find confirmation from Harry himself. The closest he comes to it is in an interview with Apple Music.

“‘Watermelon Sugar’ is out,” Apple Music‘s Zane Lowe says to Harry. “Everyone’s kinda figured out what it’s about: the joys of mutually appreciated oral pleasure.” Harry replies: “Is that what it’s about? I don’t know.” NOT CONFIRMATION, PERVS.

Not everyone is a hater though. @re.johanna commented, “Even the Royals love Harry Styles.” 305 people gave her comment a ❤️. And we think @linnettecruzz approves… “HARRY FREAKING STYLES YES.”

Are you loving this modern royal social media experience or NAH?