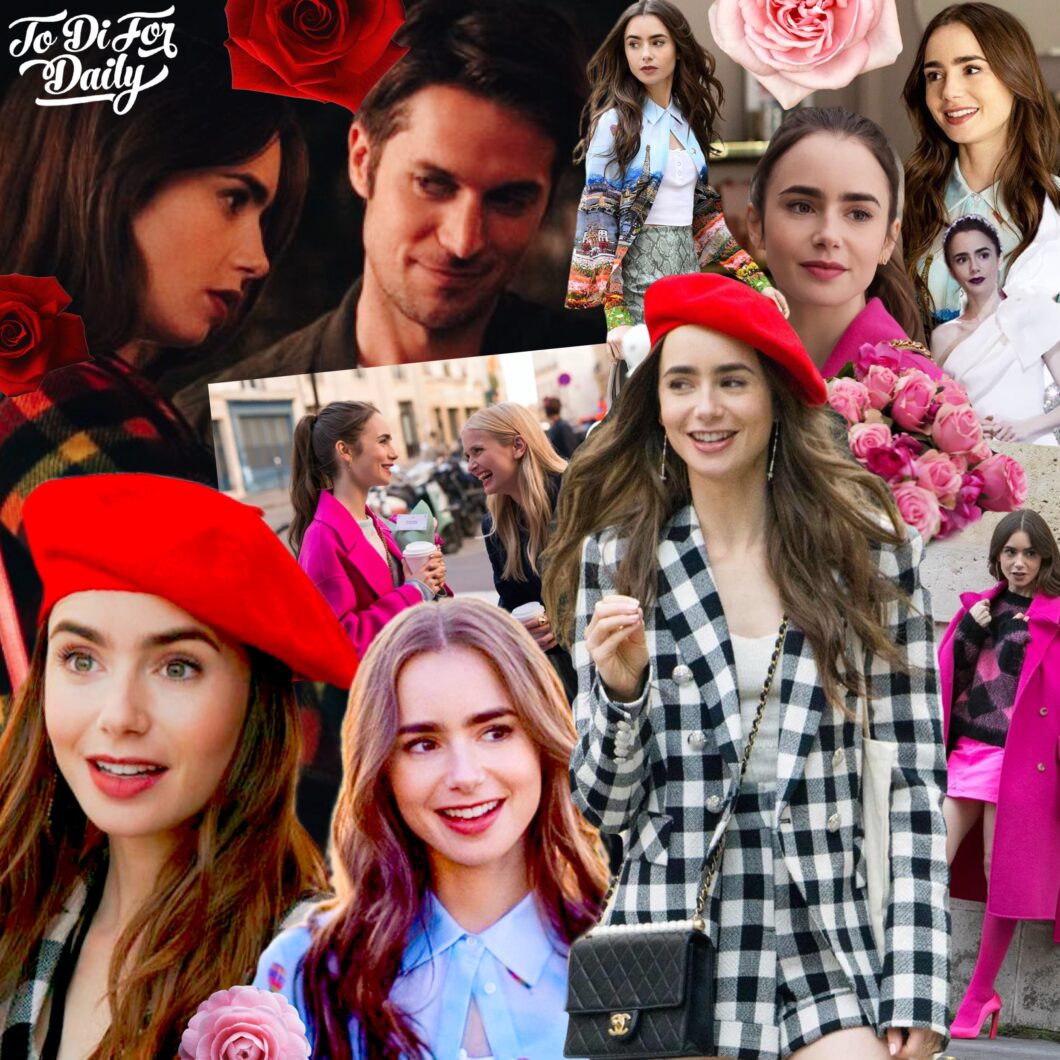 Darren Star has done it again. The highly anticipated Emily in Paris is now streaming on Netflix and the only thing we lusted after more than Gabriel was her Patricia Field wardrobe.

Is Emily in Paris royal-inspired tv? It’s a stretch… but during one scene she does quote Marie Antoinette. What Emily in Paris does have in common with the royals is romance, fierce fashion, and scenery that takes your breath away.

In case you’ve been hiding under a rock that’s allergic to happiness… Emily in Paris is about a sweet young American woman (Lily Collins) that lucks out when her PR superior gets knocked up by a random, which makes her have to cancel her move to Paris for business. Emily packs her bags, her sketchy translation app, and copious amounts of CHANEL and moves to the croissant capital of the world.

Lucas Bravo plays Gabriel. The ultra hunky chef who happens to be her neighbor. We’re in love with him. Her BFF (and Gabriel’s GF) Camille’s brother is cute… but the rest of the love interests definitely receive free subscriptions to AARP. (Quick Q: What do we think Antoine is up to with Gabriel? Is he a good guy or a bad guy? I can’t decide.)

I really enjoyed living vicariously through Lily Collins’ professional achievements at Savoir, her wardrobe, and her love life. Sometimes the “influencer” conversation was a little cringe but maybe that’s because it was too accurate. “Stop piggybacking off of my brand!” Either way, it was a great escape from 2020.

Lily is precious. Before Emily in Paris I would have told you that my favorite Lily project was Love, Rosie. I had my eyebrows microbladed to look like her’s… then received hateful viewer e-mails while I was an anchor in Sacramento about how I needed to pluck them. “Yo… I paid for these!”

Emily in Paris is perhaps the greatest Netflix release in 2020 and I hope that they are already quietly creating Season 2 for us.