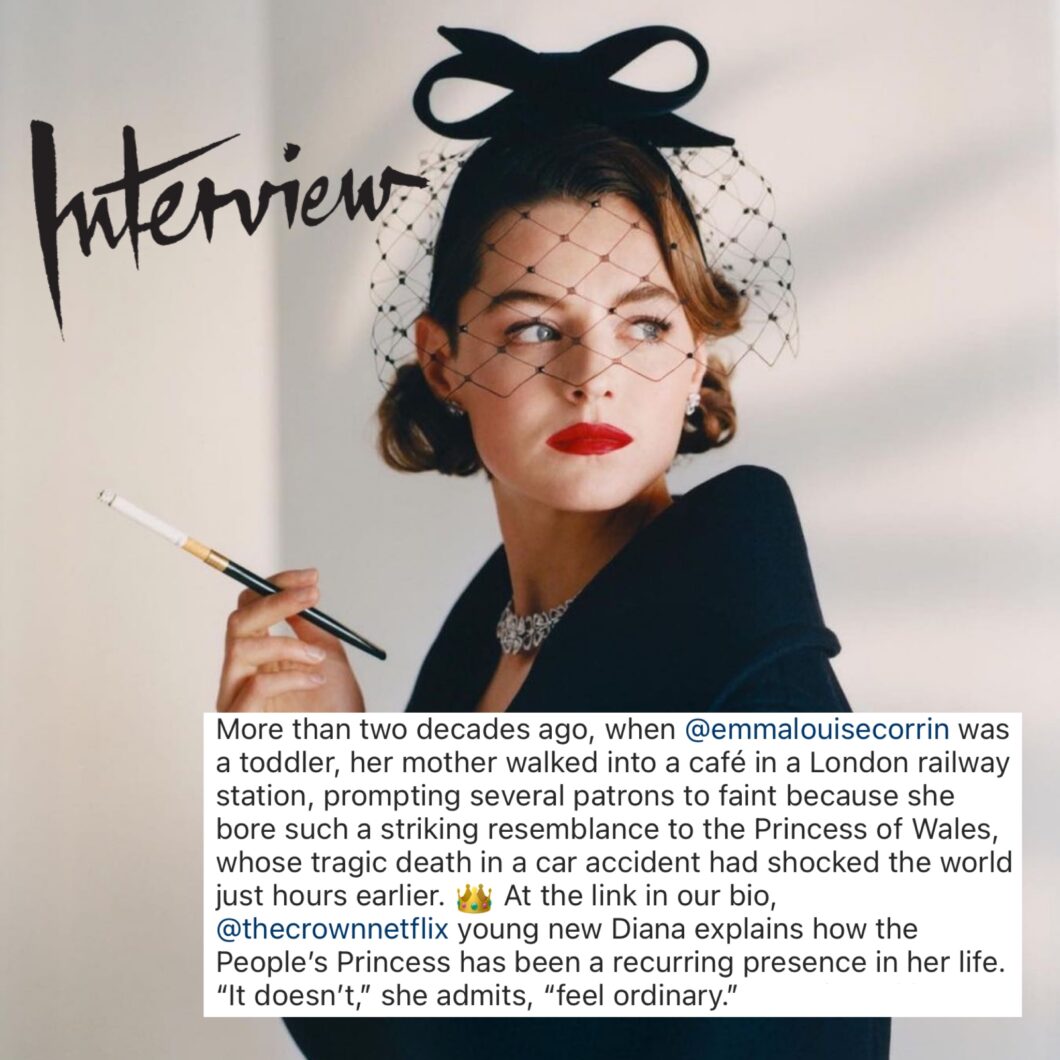 Interview Magazine got to chat with Emma Corrin and she revealed something we have never heard before! Emma Corrin’s Mom also looks just like Princess Diana… (Pics or it didn’t happen!)

Phoebe Reilly writes, “More than two decades earlier, when Corrin was a toddler, her mother walked into a café in a London railway station, prompting several patrons to faint because she bore such a striking resemblance to the Princess of Wales,” explains the journalist.

Corrin tells Reilly, “I hesitate to tell that story because it almost sounds too insane to be true,” she admits. “There’s this theme throughout my life of Diana cropping up. It doesn’t feel ordinary.”

We hope you’re enjoying Season 4 of The Crown on Netflix.