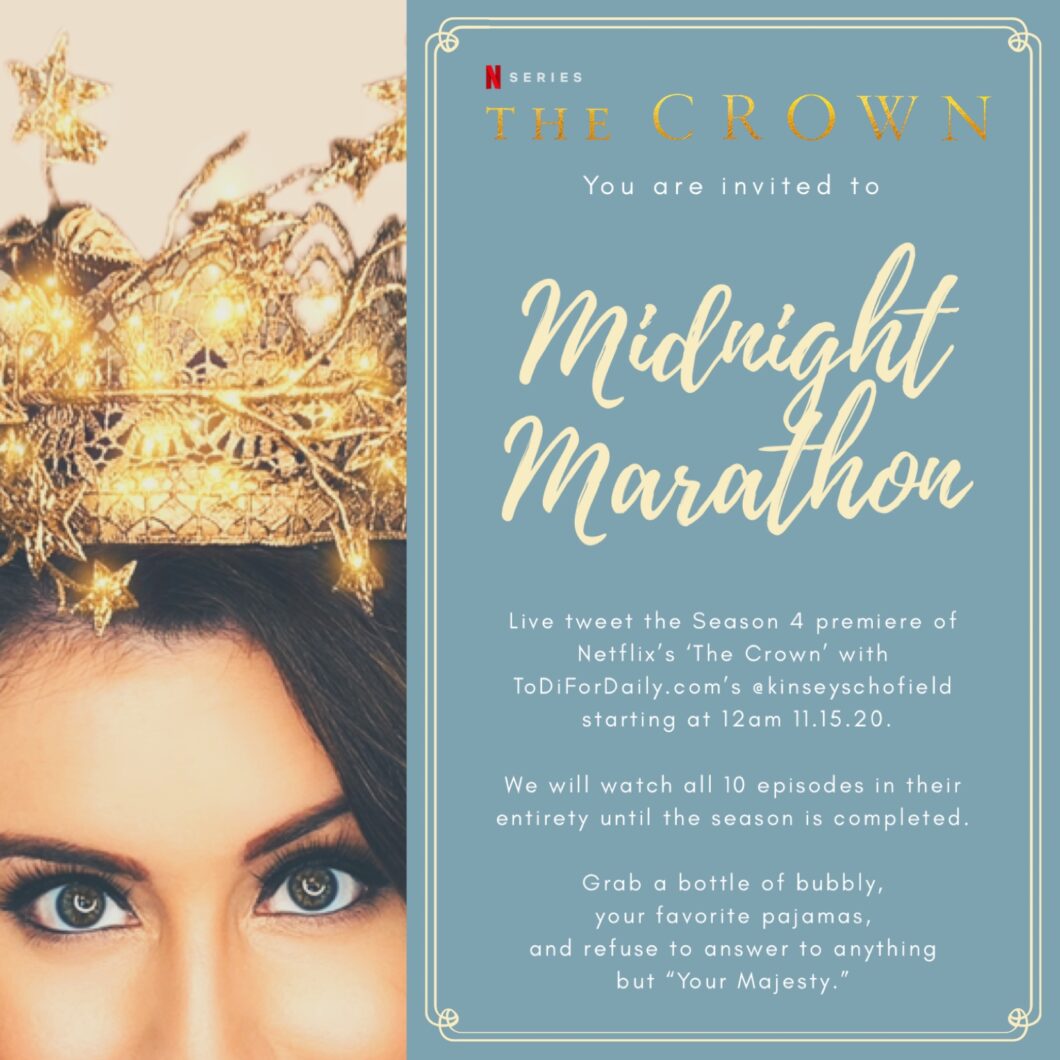 Our year long wait is over!

Netflix’s The Crown will be released at midnight on November 15th! That is this Saturday night! We’ve seen numerous clips, still images, and have heard directly from the cast. We. can. not. wait. Are you excited too?

Here is how we’re celebrating… we are live tweeting 10 hours straight. Episode 1 – 10! Are you on Twitter? We will be live tweeting from the account @kinseyschofield – in our pajamas with one bottle of champagne and approximately 3 sugar free Red Bulls.

Will there be a tiara? I mean, probably.

Here is what we’re excited about…

To follow along or participate, follow @kinseyschofield on Twitter. You can also talk to everyone watching by searching the hashtags #TheCrown and #TheCrownNetflix. There will also be conversation happening at #TheCrownSeason4.