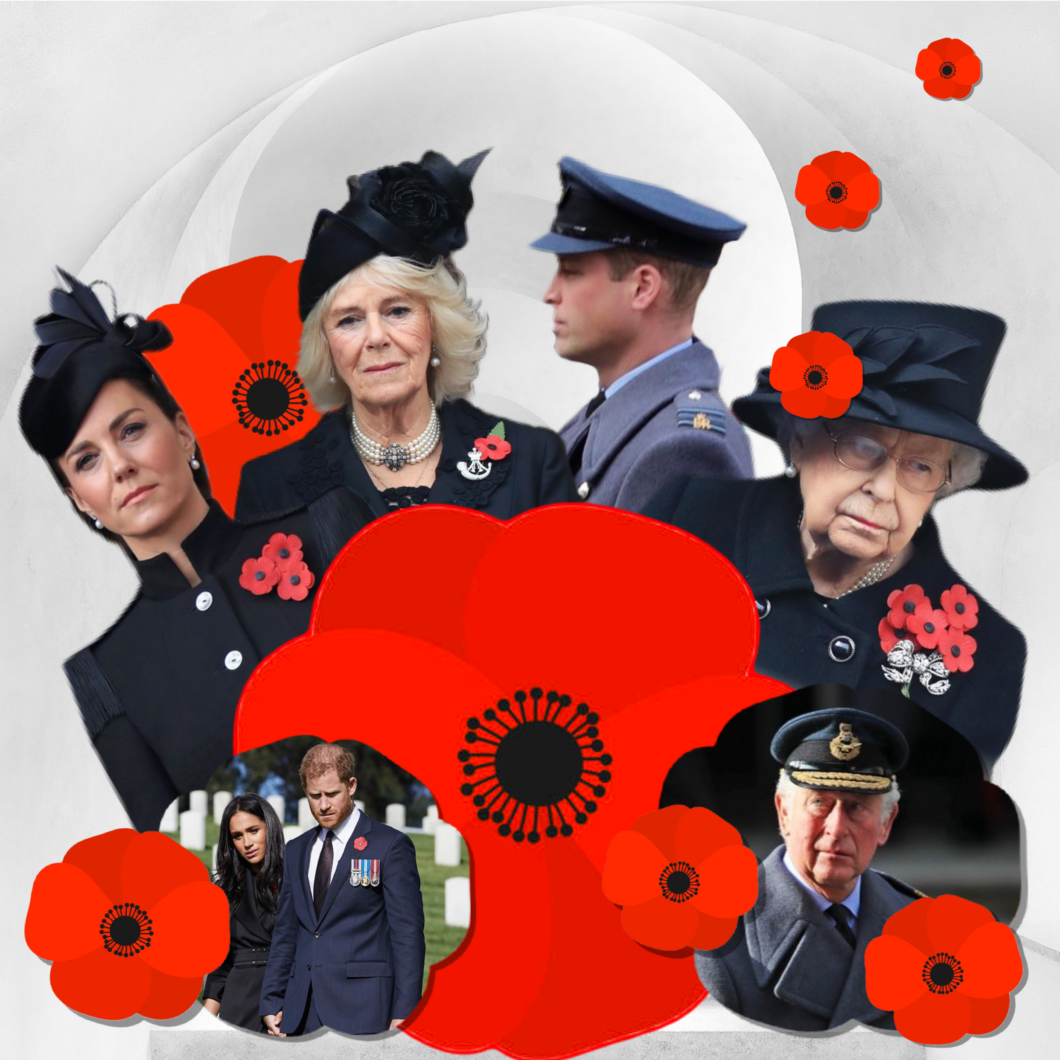 Incase you are from the states, like me, Remembrance Day is the Commonwealth’s Memorial Day. It originated at the end of the First World War.

The UK observes Remembrance Day with two-minutes of silence and wreath-laying ceremonies at numerous war memorials. This year Queen Elizabeth, the Prince of Wales, the Duchess of Cornwall, and the Duke and Duchess of Cambridge participated in a scaled-back service at the Cenotaph in London’s Whitehall. (Other familiar faces included the Earl and Countess of Wessex, the Princess Royal and Vice Admiral Sir Timothy Laurence, and the Duke of Kent.)

For the first time in history, the service was closed off to the public due to the pandemic. (Usually 10,000 people collect at the Cenotaph to participate in the silence.) In another first, the Queen was seen in a mask as she paid tribute to the fallen at a micro service at the Tomb of the Unknown Warrior at Westminster Abbey.

Here the Prince of Wales and the Duke of Cambridge are photographed with their wreaths at the Cenotaph. Before Sunday, we had not seen the royal family reunited since the Commonwealth Day service in March of 2020.

Because it was important to Prince Harry to recognize Remembrance Day from the states, the Duke and Duchess of Sussex decided to visit Los Angeles National Cemetery. There he placed flowers picked from his garden at the graves of two Commonwealth soldiers. He also left a wreath that read, “To all of those who have served, and are serving. Thank you.” Prince Harry, now 36, first laid a wreath at the Cenotaph in 2009 when he was 25.

We had a user on Instagram ask about the different numbers of poppies on the women’s coats. According to palace sources, the Queen wears five poppies to represent each service in the war… the Army, the Navy, the RAF, the Civil Defence and women.

In a pre-recorded message, The Prince of Wales paid tribute to the Armed Forces, past and present, during the Royal British Legion’s annual Festival of Remembrance Service. He says, “In this challenging year, we have perhaps come to realize that the freedoms for which they fought for us are more precious than we knew, and that the debt we owe them is even greater than we imagined.” Full video below.