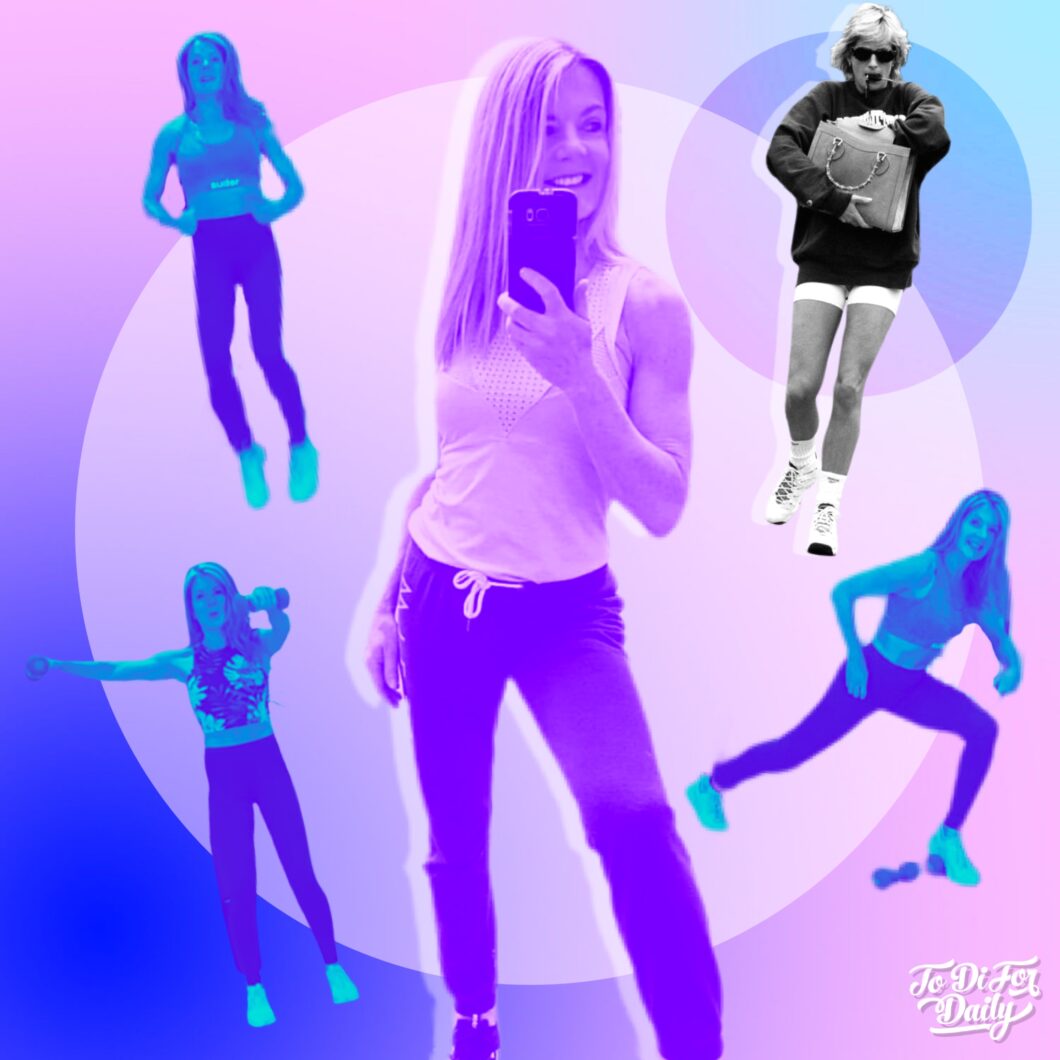 Ok. That’s not entirely true. I do that thing where I watch all of Jenni Rivett‘s workout videos. From my couch. While eating a granola bar. Maybe it’s more of a mental exercise for me. However, the idea of being able to access the same exercises that Princess Diana used through Instagram (20+ years later) thrills us Di fans.

Some of the best photos of Diana are of her approaching or leaving the gym in her iconic street style. Jenni Rivett trained Diana for over seven years, some would argue, in her prime. The two became close friends… with Diana gifting Jenni some of her favorite gym sweatshirts.

Jenni once told Yahoo, “Every single session all the media were outside camped with their stepladders, and cameras and lenses and everything,” explained Rivett. “For her, she just found it so incredibly, ‘Why are they so interested in me when there are more important things to worry about in the world.’ It wasn’t her that asked for all this. I remember one of her strategies was that she was going to wear the same Virgin Active sweatshirt every single session.”

It was her lack of protocol that charmed Diana. The fitness guru told New Idea Royals Monthly, “She liked the fact that I was not familiar with royal protocol.”

“For example; I didn’t realize that I had to curtsey to her and only found out four years later when I saw her best friend (whom I also trained) curtseying to her in Kensington Gardens. She laughed when I apologized, and said, ‘That’s why I love you Jenni … please don’t ever curtsey to me.’”

In case you’re curious, Jenni says, “Diana used to like doing step aerobics, which was the big thing in the ’90s, she also really loved to do cardio and get out into Kensington Gardens and power walk.”

“I taught her to rollerblade, too, which she loved! In general, she loved most of the exercises I did with her.”

Over the years, Rivett has regularly shared Princess Diana’s workout routine in print, but it’s much more fun to train with her on social media. Give her a follow!