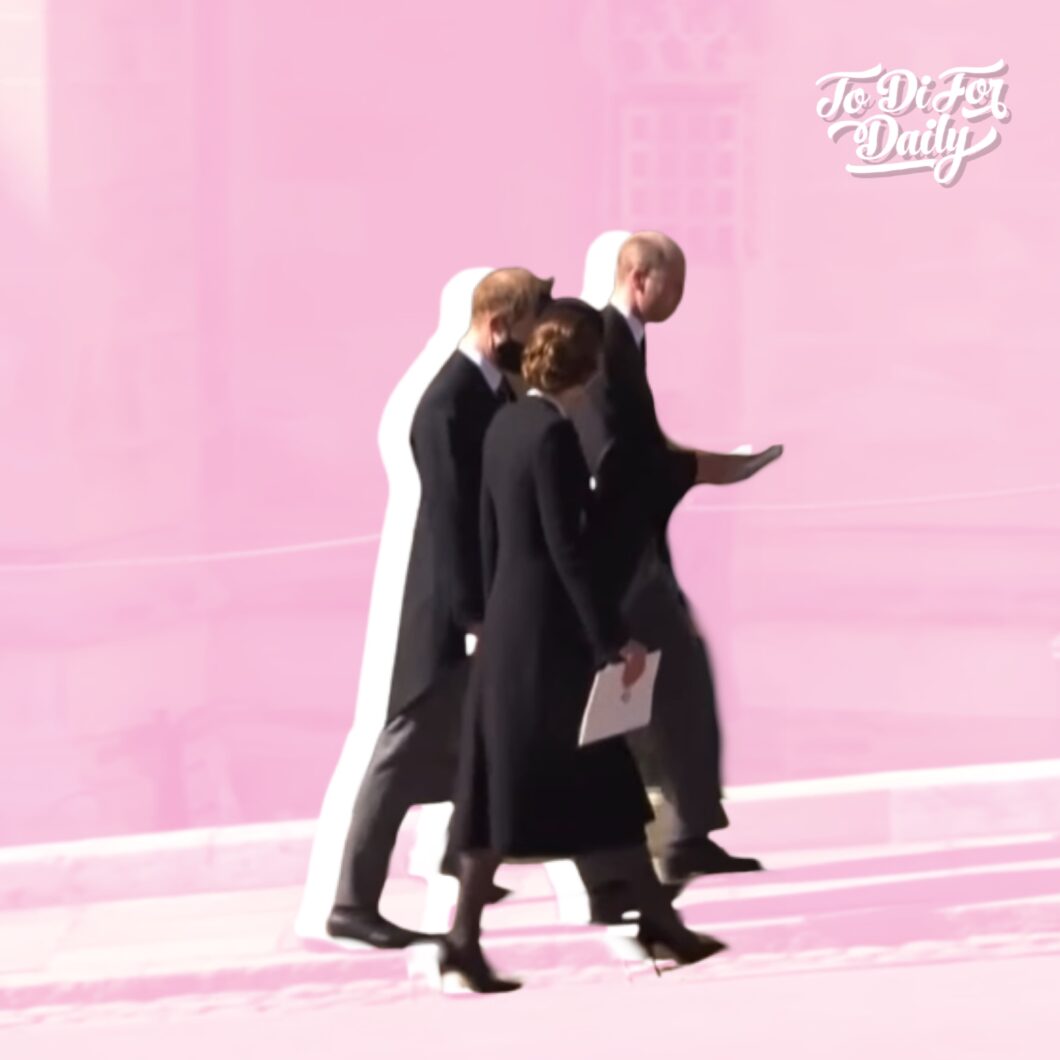 Speculation on the status of Prince William and Prince Harry‘s relationship ignited once the media was notified that the brothers would not be walking shoulder to shoulder during the procession of their grandfather. Was this an order of the Queen? A request from one or both of the brothers? Who is Peter Phillips and does he realize how much attention is about to be on him? BTW, a quick google told me… a lot.

The service was quiet, moved quickly, and beautifully. The sight of a lonely Queen and Prince Harry made my heart heavy. Sitting solo due to the pandemic. But my spirits were lifted as Prince William, Harry, and Kate Middleton exited St. George’s Chapel together. It appears that Prince Williams motions for Prince Harry to follow him and the three took off in the same direction.

Hopefully Prince Harry will be able to see with his niece and nephews before his trip ends.