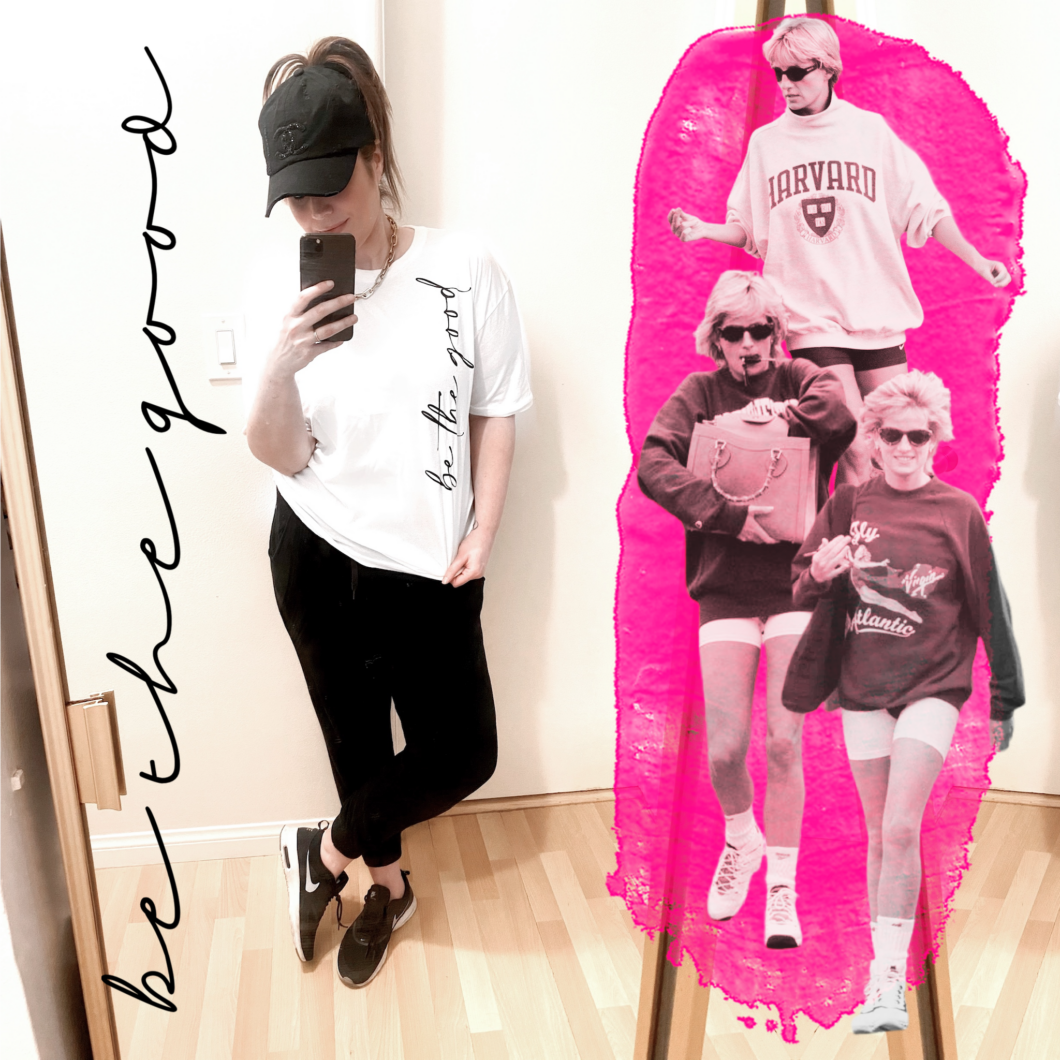 I need workout motivation post lockdown so I challenged Estilo Mio Boutique to help us put together a Princess Diana-inspired street style outfit. Now I know that Diana is FAMOUS for making bike shorts the go-to but I recently did the SANDPAPER ON MY LEGS TikTok challenge which is why I opted to pursue joggers vs. the notorious bike shorts (Geez, I love that look though!)

Let’s start the breakdown with their black cargo joggers ($42.) The material is rayon and polyester and while super comfortable, they don’t look like pajamas! The black material almost has a sheen and there are pockets for your AMEX and lip balm. The pants include a zip fly with a black button and a partially elastic waist in the back.

Estilo Mio has a huge selection of chic graphic tees priced between $20 – $38. We opted for a white tee with a black cursive font that reads, “be the good.” We can’t imagine a slogan or saying that could represent Princess Diana more than, “Be the good.” Am I right?

We topped off the look with some classic Nike sneakers and a luxury-inspired Estilo Mio cap ($45) that has its own ponytail cutout at the top of the hat! I’ve never seen that before. PS. While Diana refused to wear Chanel towards the end of her life, she did wear it while on royal engagements in Paris to distract from the fact that she didn’t know very much French. So clever!

Thank you to Estilo Mio for participating in our Princess Diana street style challenge. Happy shopping!