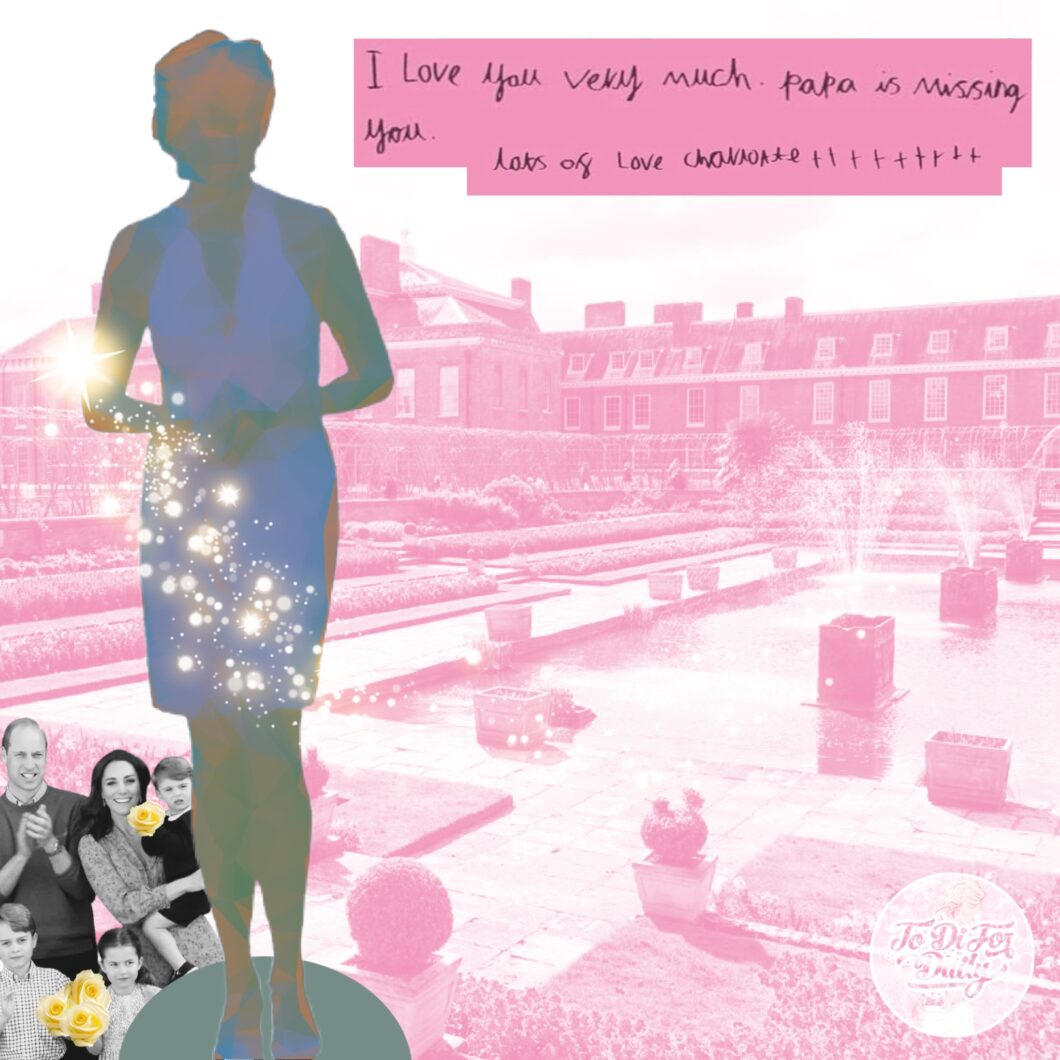 Prince William and Kate Middleton are expected to take Prince George, Princess Charlotte, and Prince Louis to see Princess Diana‘s statue privately ahead of the formal unveiling. The official unveiling will take place on Thursday to mark what would have been “Granny Diana’s” 60th birthday. The guest list had to be cut due to pandemic restrictions. It is rumored that the Duchess of Cambridge will not appear next to Prince William to make room for members of Diana’s family.

An intimate and informal setting for Prince William to share the statue with his children is likely his preferred method. He has been fiercely protective of the media’s access to his children since their birth.

This is a highly anticipated reveal. The statue was originally commissioned by Diana’s sons in 2017 to recognize her “positive impact” on the world. The artist is a man named Ian Rank-Broadley, who also happened to create the portrait of the Queen that is featured on UK coins. That statue will be placed within the Sunken Garden of Kensington Palace for tourists to have the opportunity to visit. The princes released a joint statement to announce the project in 2017:

“It has been twenty years since our mother’s death and the time is right to recognize her positive impact in the UK and around the world with a permanent statue,” said Prince William and Prince Harry. “Our mother touched so many lives. We hope the statue will help all those who visit Kensington Palace to reflect on her life and her legacy.”

Kensington Palace has confirmed that both Prince William and Prince Harry will attend Thursday’s unveiling along with key members of Princess Diana’s family. Their statement reads, “In addition to close family of Diana, Princess of Wales, members of the statue committee, the sculptor Ian Rank-Broadley, and garden designer, Pip Morrison, will also be present.”

The Sunken Garden was one of Princess Diana’s favorite places to spend time at Kensington Palace.