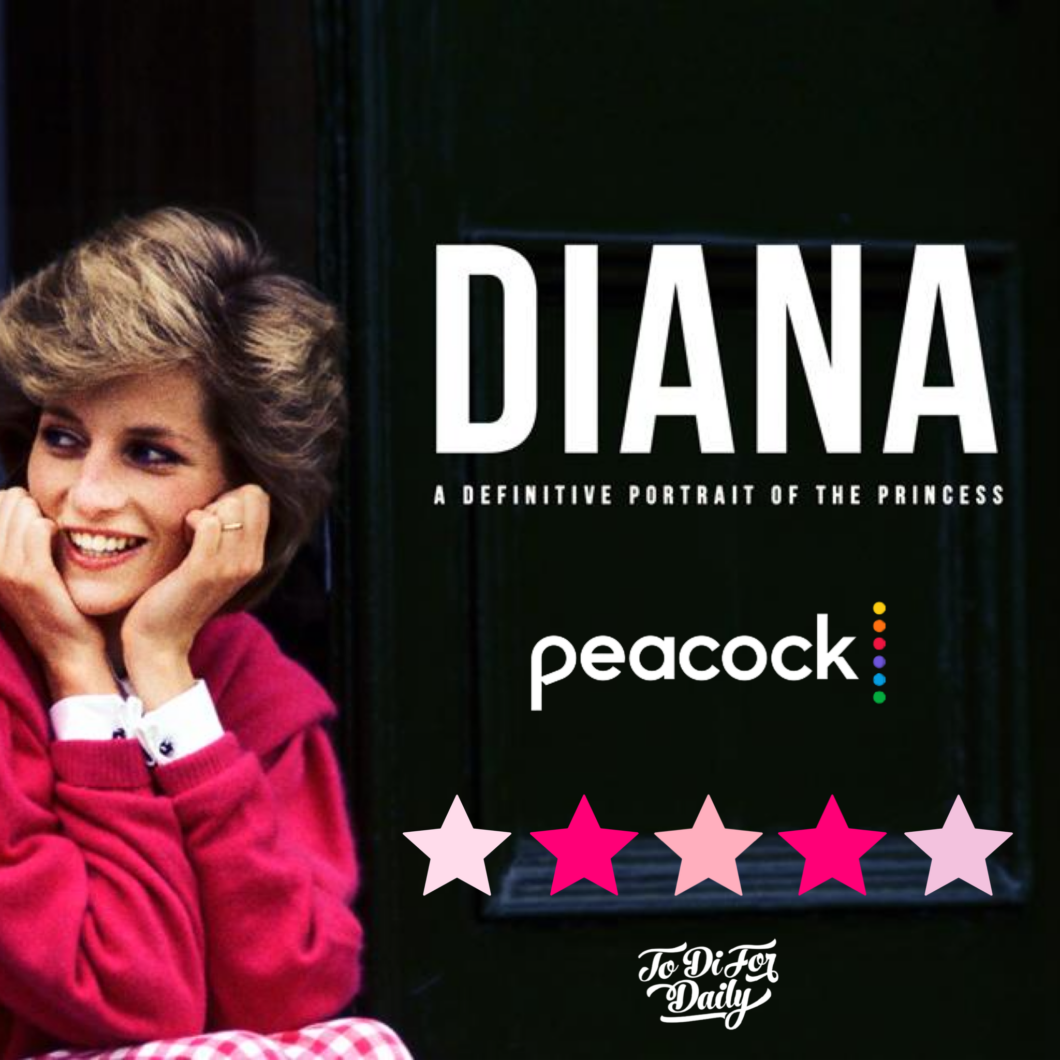 I was especially excited to hear stories from Dr. James Colthurst (hilarious!) and Diana’s favorite journalist, Richard Kay. Richard shared a few things that I hadn’t heard before… I don’t think I knew that he was the last person Diana called before her death. I did, however, know that she considered that horrific Panorama interview a strategic move to ensure a divorce. (I was surprised to hear Richard say that this was newer information to him.)

DIANA is the first time the princess’s cousin Diana Macfarlane has ever spoken to filmmakers about her famous relative. I HAD previously read that when Lady Diana Spencer was a schoolgirl, she had pictures of Prince Charles on her bedside table. (Swoon.) Although I enjoyed that bit of information, I questioned its validity having only read it once. Macfarlane confirms, “I can tell you that she used to have photographs of Prince Charles around her bed at West Heath. Sort of childhood crush, really.” Insert broken heart emoji here! Her cousin also described Diana by saying, “She loved a love story.”

Overall, I really enjoyed this documentary. My only complaints are that they make it sound like Dodi Fayed was somehow misled or unaware of Princess Diana’s love for Dr. Hasnat Khan. The perk to that narrative is that they don’t try to paint Dodi as her soulmate, which I typically loathe. Additionally, her death seems to just be categorized as a car accident caused by the paparazzi. Let’s not forget how irresponsible and erratic Dodi was that night. Determined to outwit the photographers. Changing plans at the last minute. Late into the night. The couple got in the car with a DRUNK DRIVER and DID NOT put their seatbelts on. I agree that the paparazzi were horrible to her but there were several horrific factors involved in that crash. Had Dodi NOT CALLED Henri Paul back to The Ritz that night, perhaps Diana would have lived to have seen her teenage boys become men. Rant over.