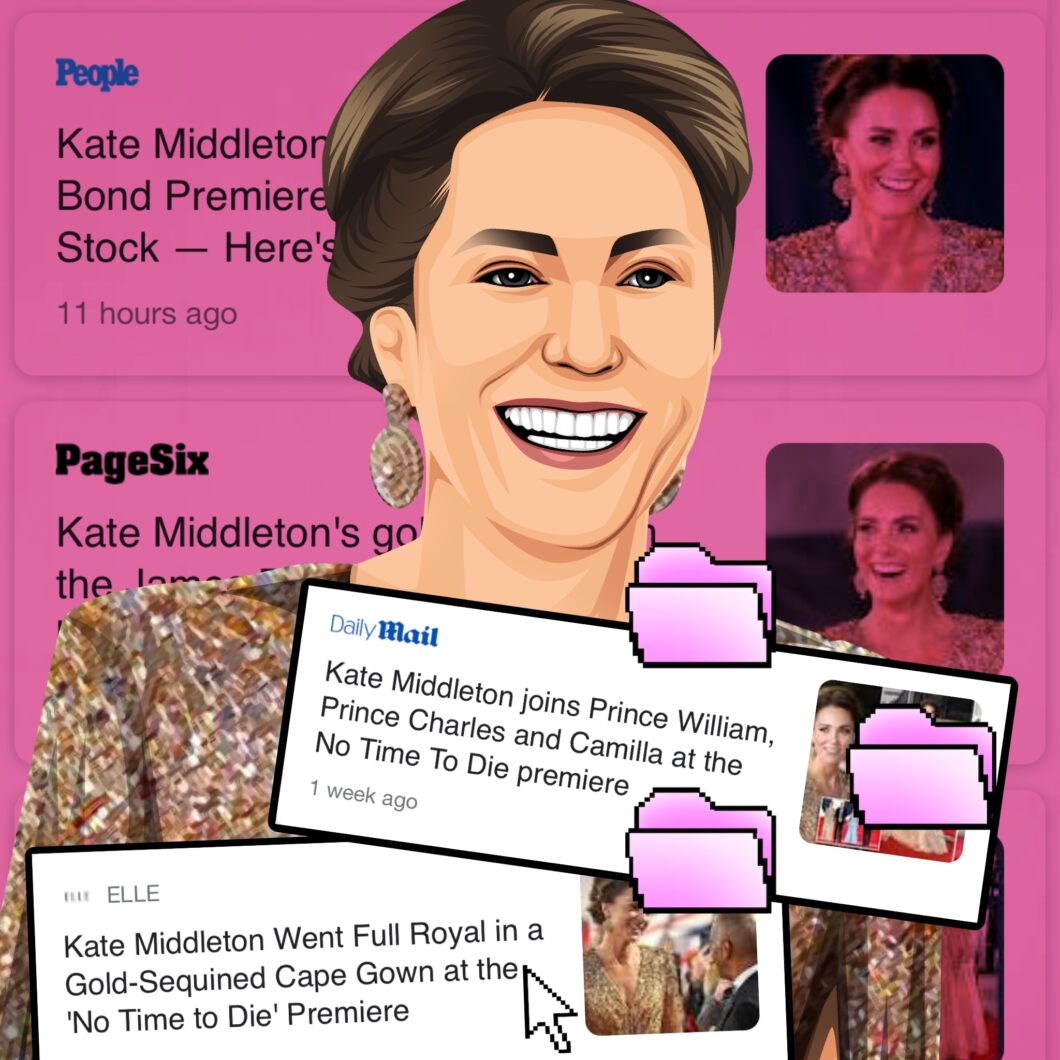 To Di For Daily

I love tweeting about the Duchess of Cambridge because well, she’s fab. I want her hair, her wardrobe, I might even have a crush on her husband but I’ll deny it if we’re ever in the same room together.

Kate Middleton is the epitome of class. She is graceful, kind, and compassionate. She prioritizes her family without sacrificing her role within the royal family. As I previously told The Mirror, “The Duchess will make the most exquisite and exciting consort one day.” I am a fan. But lately, I am dodging more negative feedback due to royal watchers blinded by a campaign to have Kate recognized solely as the Duchess of Cambridge.

I understand the intention but not the force of the hostility.

When reporters or journalists type the name “Kate Middleton” vs. “The Duchess of Cambridge” it is not an act of disrespect or betrayal. It is simply based on digital analytics.

These search statistics are not just based on social media. Head on over to Google news. How many headlines focused on the duchess include the name KATE MIDDLETON? If someone is looking for a recap of Catherine’s dress at the No Time To Die premiere, they will likely type in the words, “KATE MIDDLETON JAMES BOND PREMIERE.”

Digital news outlets take advantage of this knowledge and include Kate’s maiden name to ensure that they hit the SEO.

The top of Google search results is the ultimate name of the game.

Now to get even NERDIER, Kate originally appeared on the media scene in 2004. She officially became the Duchess of Cambridge in 2011 so for SEVEN years she was categorized or filed under the title “Kate Middleton.” As you can imagine, being the girlfriend to the future King = a lot of newspaper inches, a lot of articles, a lot of content.

The way that the backend of media outlets organize articles and photos is based on names and keywords so you can’t just up and change your name and have millions of articles and pictures instantly recognize you as this new title.

PLUS, don’t even get me started on Twitter’s 280-character limit. Sometimes the 10-character difference between Kate Middleton and the Duchess of Cambridge is a lifesaver!

This is simply a case of search engine optimization, saved keywords, and the backend of media sites that want to keep all of their glorious Kate gossip in one organized place.

So Dickie Arbiter, please leave me alone. And please stop cursing at me over the internet. I grew up adoring you and to have you comment on every tweet I send correcting me on the Duchess of Cambridge’s title is beneath you. You are a legend. What a petty pursuit when the royals are under siege over in my neck of the woods.