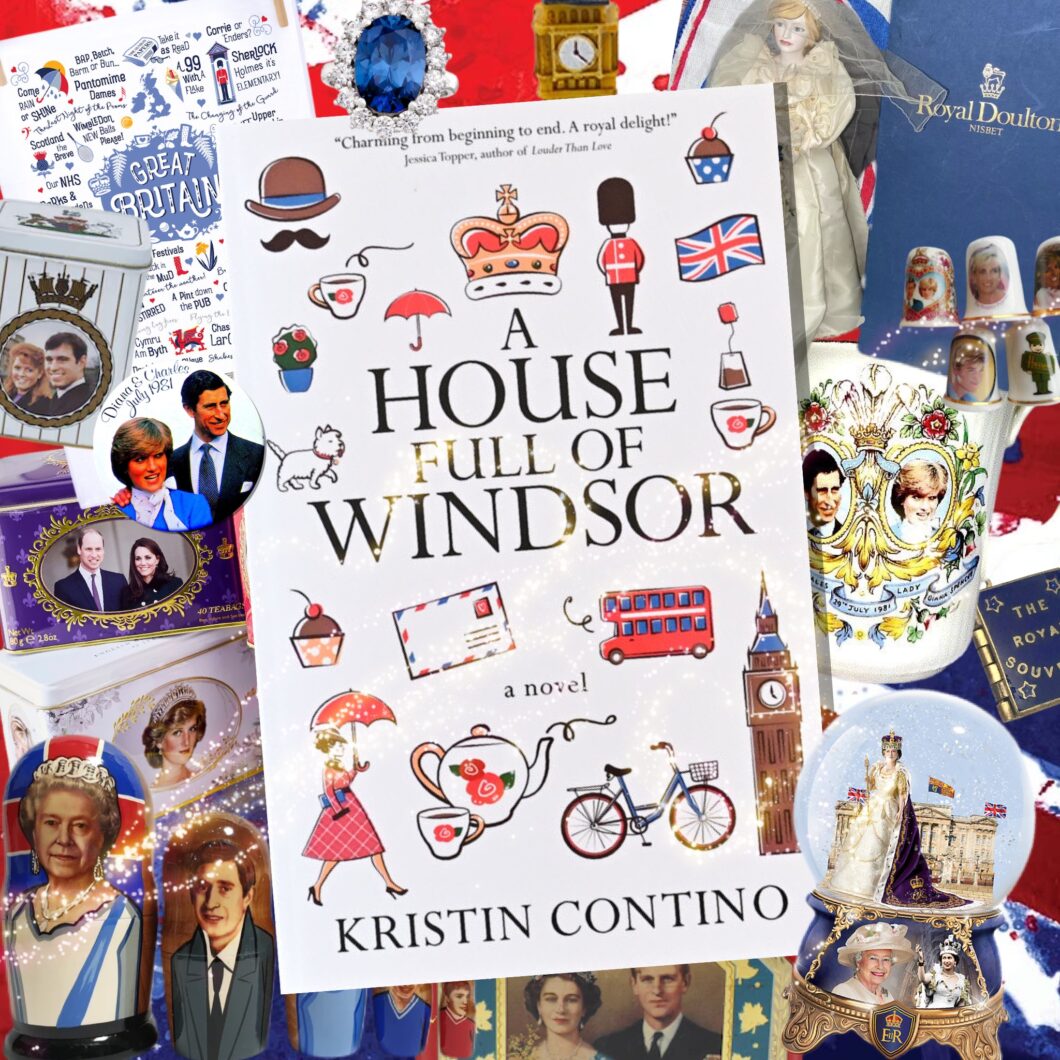 A House Full of Windsor/Various edit

I just finished Kristin Contino‘s A House Full of Windsor and it will undoubtedly be made into one of those epic rom-coms that we crank the crockpot up for and celebrate via bottomless mimosas and pajamas with feet.

The fictional tale is wild and features a cast full of characters including reality tv personalities, Princess Diana, and Bollywood stars. The book bounces between the real-life doomed marriage of Prince Charles and Princess Diana and an imaginary modern family. Lots of Twitter and Instagram references, HOARDING, and kisses… thankfully… no masks or rona. It was simply a great escape.

Sarah is the career-driven daughter of a hoarder who is obsessed with royal family memorabilia. Her mother, Debbie, can barely navigate around her home after decades of collecting royal relics. The 60 something grandmother has resorted to sleeping on the sofa as her bed has become a safe space for her collectibles.

It takes a reality tv show to whip Debbie into shape. Pierce Thompson, the host of Stuff, is certifiably my favorite character. Think Ty Pennington circa 2000 minus the soul patch with a little bit of Matthew McConaughey. He’s a reality tv host and carpenter. Jesus was a carpenter. It’s never mentioned but I bet Pierce loves dogs too. Pierce Thompson is the perfect man.

This is a love story with tons of tiny royal references that monarchy maniacs will eat up. It’s uplifting and fun. A quick read. I highly recommend A House Full of Windsor.

Constructed better than any Hallmark movie could… here is who I would cast in Kristin Contino’s A House Full of Windsor.

Sarah Percy – Debbie’s oldest daughter. Lifestyle Expert and Morning News Personality. Stressed at work. Has it all together even when she doesn’t. Described as blonde and petite. KINSEY NOMINATES – AnnaSophia Robb. Why? Mostly because she’s perfect and we’ve seen her display Sarah’s anxiety and pursuit of perfection as a young Carrie Bradshaw.

Anne Percy – Twin. Sarah’s little sister. Image is everything. Does not have a filter. Will likely hurt your feelings. Young, married mother within an affluent, well-respected family. Lives in suburbia close to Debbie. HBIC of local Mom clubs. KINSEY NOMINATES – Kiernan Shipka.