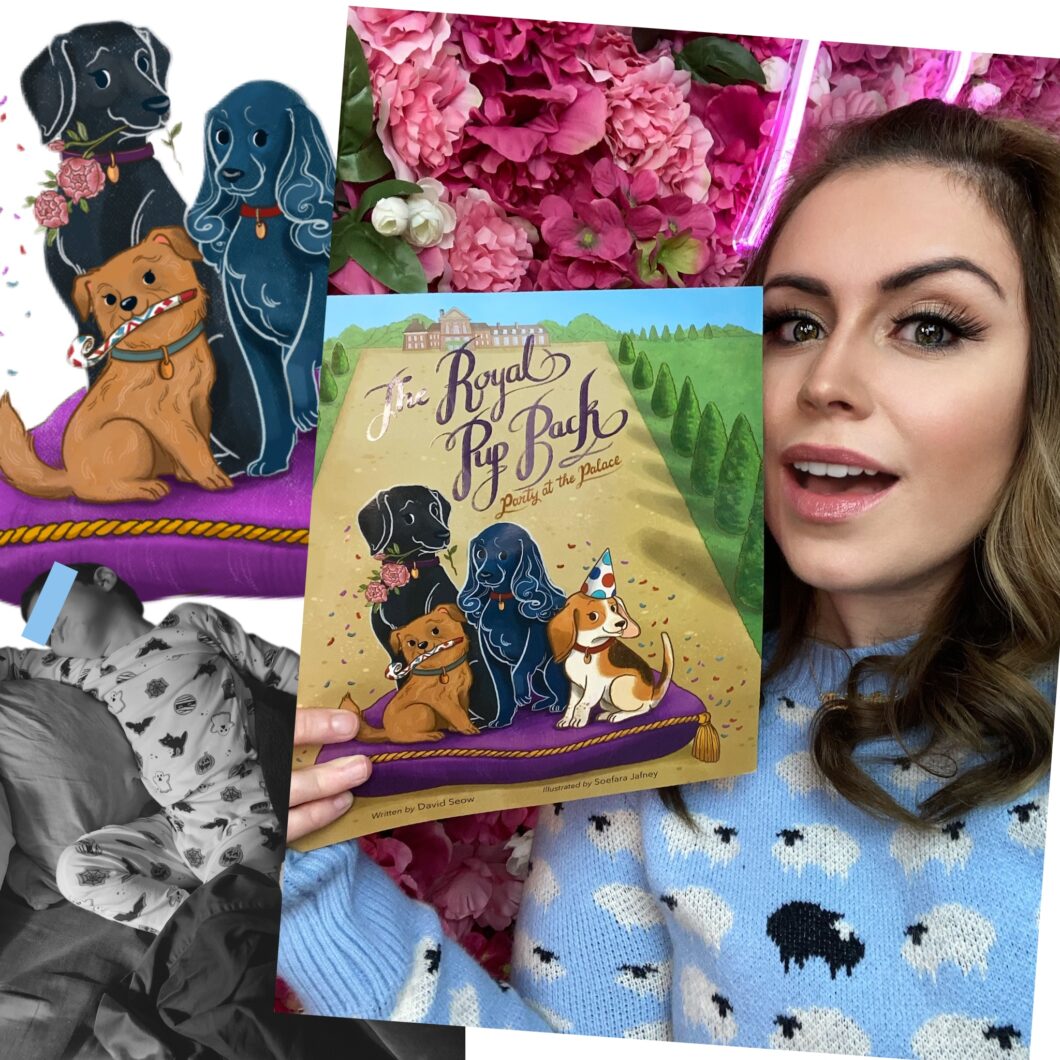 The Royal Pup Pack: Party at the Palace/ Me

I’m not saying that David Seow‘s The Royal Pup Pack: Party at the Palace is technically magic ✨ but if I had to compare it to anything else in the world… it would probably be a unicorn.

I recently heard that my nephew was struggling to fall asleep. He lives in another state and we Facetime religiously so I grabbed a book that I had been meaning to read off of my shelf and began reading it to him. The Royal Pup Pack: Party at the Palace is a children’s book by David Seow. It is a beautifully illustrated adventure that features the puppies belonging to Prince William and Kate, Prince Harry and Meghan, and Princess Eugenie and Jack.

I have four dogs myself. We are DOG LOVERS in this house!

The pups are looking to ensure that they generously share the wealth on Prince George’s birthday which leads to a lot of new fur-ever friends and… a little drama. I haven’t read a children’s book in a million years but I thought that this book was really cute and engaging.

It was short enough to keep my nephew’s attention over Facetime and the illustrations were large enough for him to understand what was happening over the phone. Upon getting to the last few pages where the author encourages you to adopt a pet of your own, my nephew was out cold! What a fun and sweet experience to share with him. I will have to do it more often.

If you’re a royal watcher with a little one around you The Royal Pup Pack: Party at the Palace is a great get! You can download the Kindle version via Amazon.