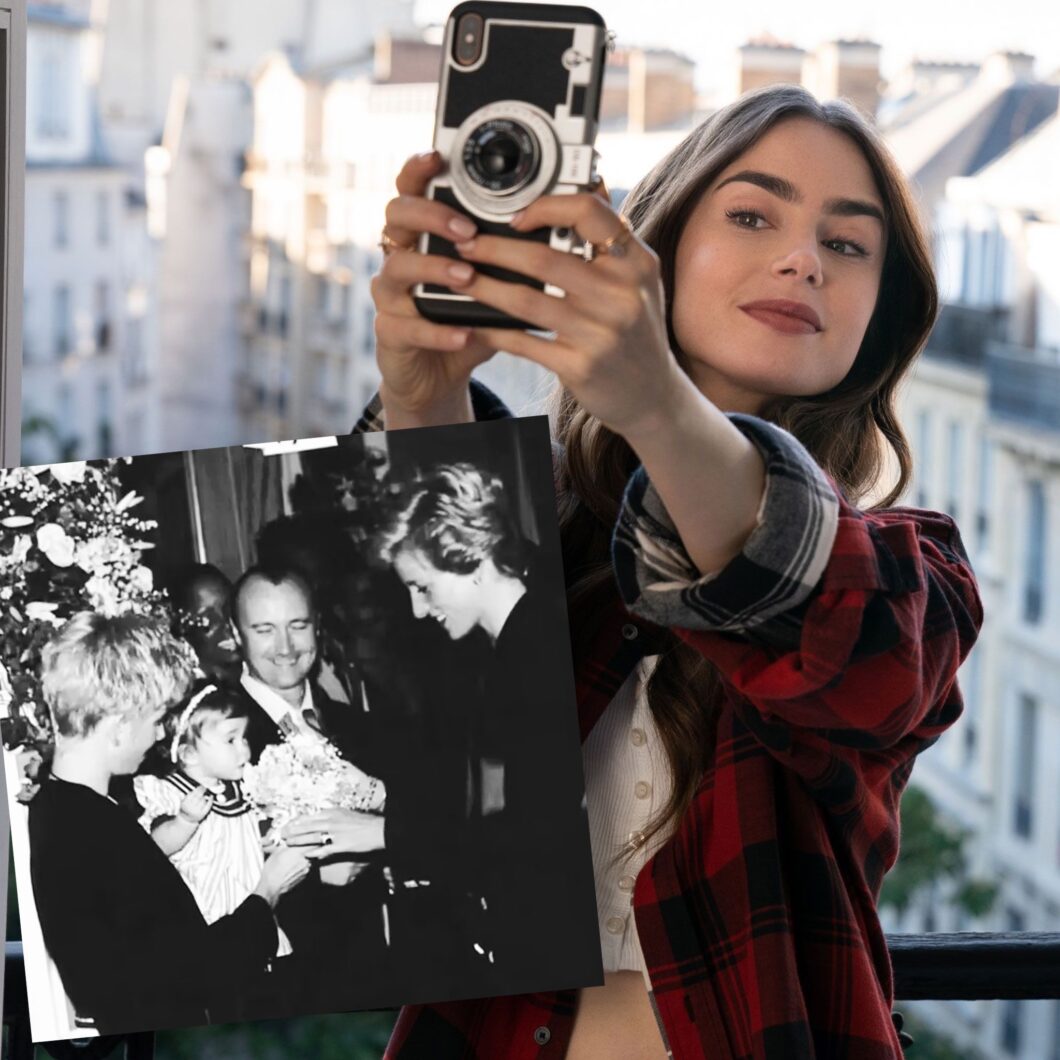 Thankfully Princess Diana thought the tot was too cute!

Lily Collins has hit the talk show circuit to promote the highly anticipated second season of Emily in Paris! While visiting with James Corden of The Late Late Show, the stunning actress joked about having ill-manners around the Princess of Wales.

As a photo of Lily and the princess graces the screen, James asks, “Do you have any recollection of this moment in time?” With a smile, Lily explains: “I’ve been told this is what happened. That’s my mom and my dad and I and it’s at a Prince’s Trust event and I’m giving Diana flowers, but the second that she went to take them, I then tried to pull them back!”

She continued, “As you can imagine, all the air was sucked out of the room. I was wearing a cute dress, so who’s going to really punish me there?”

Having grown up in the UK with a famous father, Lily spent a significant amount of time around members of the royal family… including the future king, Prince Charles! She shares, “I was playing with some toys with Prince Charles and I proceeded to kind of like throw something at him, like throw a toy telephone at his head.” Justice for Diana. (Kidding!)

Lily was only a tot when she was exposed to the British royals but we’re almost certain that they are fans of her work today!

Watch Lily Collins in Emily in Paris on Netflix now!