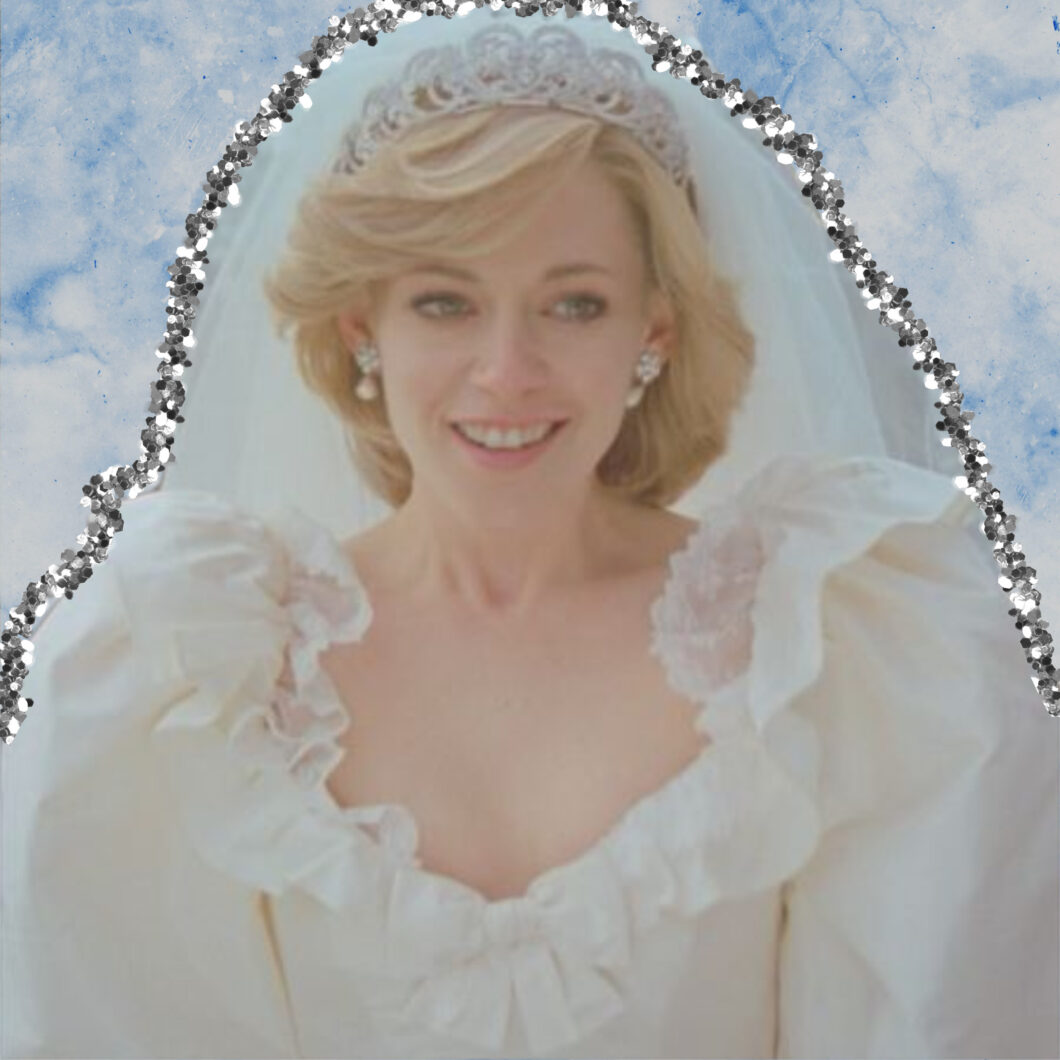 “Let me nerd out just a little bit because I have one specific question for you now. As a nine-year-old, I woke myself up at two o’clock in the morning to watch the wedding live,” Jones tells Durran. “And I was just thrilled to death! So, for the wedding gown, and it only makes a brief appearance in the film… and it’s in kind of a fantasy scene… I’m just curious why there’s an extra seam going around.

“I’m calling you out!” jokes the curator of the FIDM Museum.

Durran comes prepared for the inevitable interrogation. “To be completely honest with you about this, you know, on a small low budget movie, Pablo (Larraín), I mean, how could you do this to me! Throws in that we need Diana’s wedding dress in the montage!”

The British costume designer explains, “There’s no way I can afford to make the wedding dress for the movie but neither can I hire (rent) it because she (Kristen Stewart) may be running in the woods, she may be out in the field. If anyone had a replica dress they would never let me take it out into the countryside.”

The solution? “We had to make one. We decided that the best thing to do was to buy an 80s wedding dress and then add the sleeves and the neck and just do something that we know is not correct. But you just have to kind of believe that this is kind of a placeholder of the wedding dress because we just can’t afford to make it for this tiny scene.”

Durran tells Jones, “In a way, I’m glad you brought it up because I don’t want anyone to think that I thought that that was, you know, a full-blooded replica of the dress because it obviously isn’t right but you know sometimes you just have to do what you can do.”

In a recent interview with Entertainment Tonight, Stewart remembered the day she wore the infamous dress. “When we put that dress on, it is embedded in a montage that kind of flashed her life before you,” she said thoughtfully. “The wedding dress is embedded in that montage and putting that on was a spooky day.”

“We didn’t have to do the wedding scene but I still had one walk, walking outside of this castle,” the actress shared. “I was like, ‘Wait, but this is so particular.’ This actually does land on a very precise day of her life and (the director Pablo Larraín) was like, ‘Take everything you learned about that day, all of your emotional responses that you have accumulated, put them all right here. What does it feel like to believe in an ideal that then becomes very, very apparently farcical? It’s kind of just like, let your heartbreak in a moment.’ I was like, ‘OK got it. Let’s go.’”

You can now rent or purchase Spencer from your favorite streaming services.