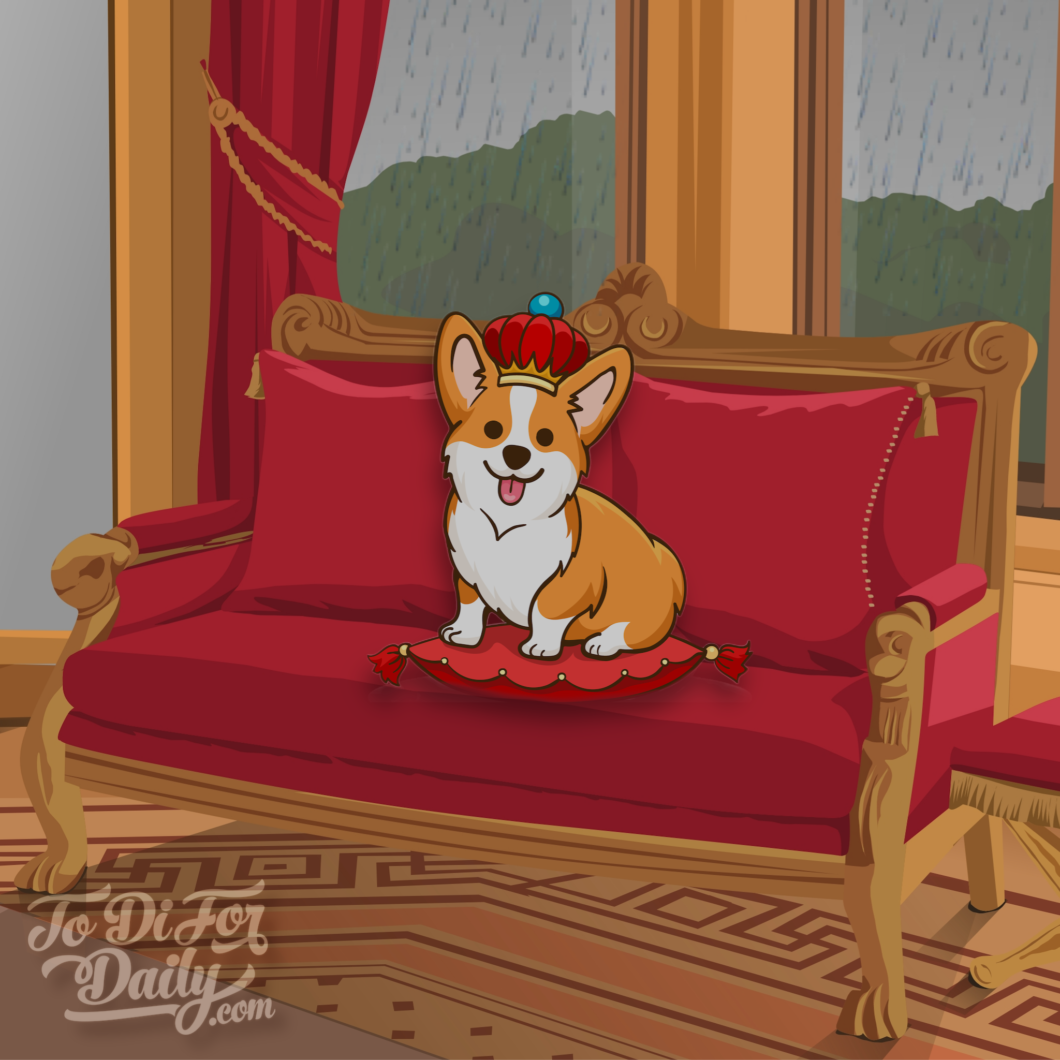 There are a lot of stressful and horrible things happening around the world right now. We know it can be hard to get through the day knowing that people are suffering. To give you some zen, we have created this calming YouTube rain video inspired by Queen Elizabeth‘s Crimson Drawing Room at Windsor Castle.

The hour-long video was created by ToDiForDaily.com and is a vector art interpretation of Windsor Castle’s Crimson Drawing Room. The drawing room is described by the royal family as a “semi-state room used regularly by The Queen for private events.”

Windsor Castle’s semi-state rooms were constructed for George IV and are said to be the castle’s “most lavish in design.” According to The Royal Collection Trust, the Crimson Drawing Room was almost entirely destroyed in the 1992 fire but has since been restored to perfection.

Queen Elizabeth is now a permanent resident of Windsor Castle… imagine how tranquil it must be to be The Queen, snuggled up with her corgis, and her Earl Grey on a rainy day. Heaven.

UPDATE: You asked for longer than an hour! So, here’s EIGHT hours!