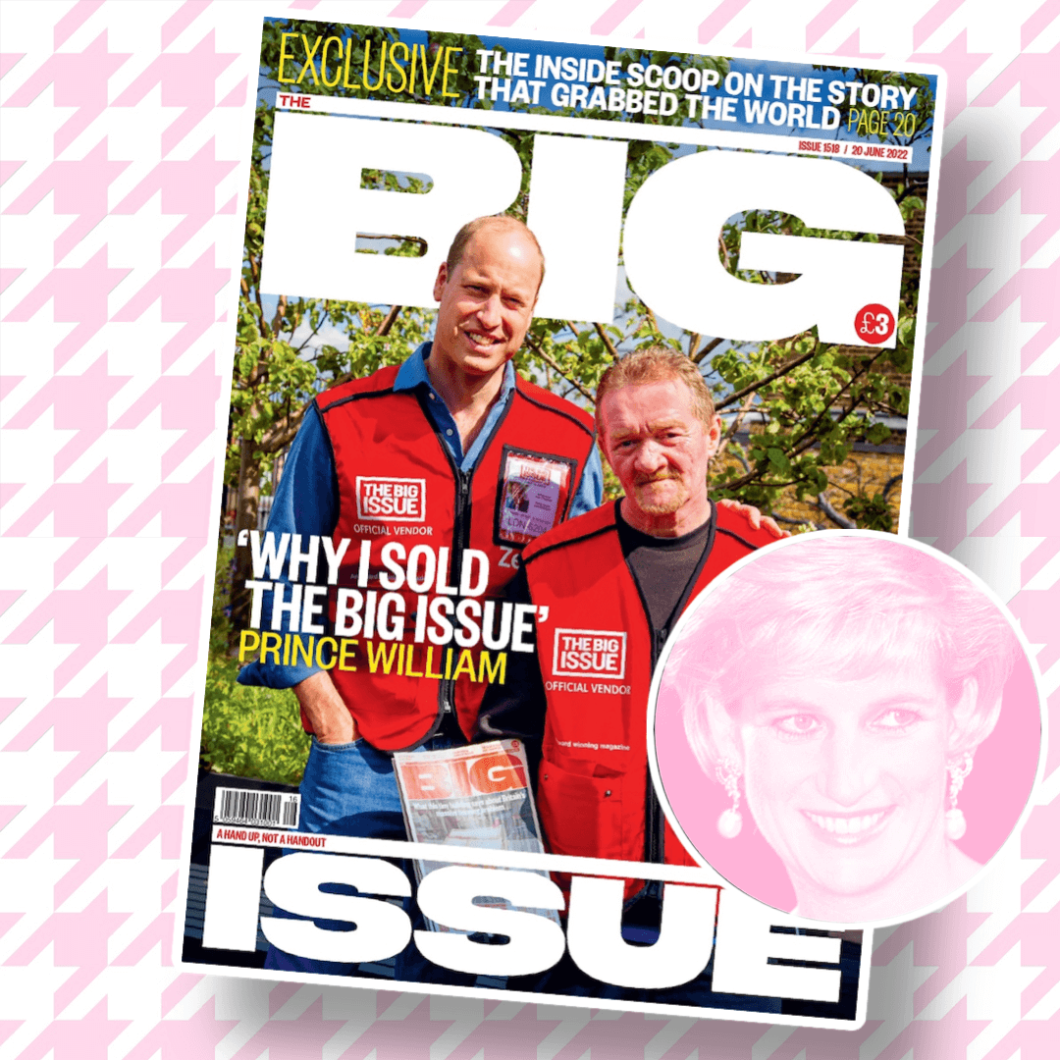 Donate to Passage Charity for Prince William’s 40th birthday. Here’s how to get involved.

He’s the most handsome and talked about Prince in the world and he knows that all eyes will be on him Tuesday as he celebrates a landmark birthday, the big 4-0. In typical Princess Diana fashion, Prince William has written exclusively for The Big Issue about why he wanted to turn the country’s attention to the homeless crisis around his 40th birthday.

If we’re going to be talking about him anyway, he might as well give us a powerful cause to think about!

The magazine features Prince William on the cover with Dave Martin, 60, a Big Issue vendor that Wills joined to sell the magazine on the street. Inside the two chat about the poverty crisis, the country’s unity during the Queen‘s Platinum Jubilee celebrations, and how The Big Issue gave Martin the confidence he needed to make changes in his life.

Prince William also remembers his mother’s dedication to the homeless and how she taught him about the realities of homelessness at a young age… “I was 11 when I first visited a homeless shelter with my mother, who in her own inimitable style was determined to shine a light on an overlooked, misunderstood problem. In the 30-odd years since, I’ve seen countless projects in this space grow from strength to strength, including charities of which I have had the honor of being Patron. New initiatives have been launched up and down the country – some have worked, some have not. But The Big Issue, perhaps now the most immediately recognizable of these organizations, has undeniably had an impact.

Prince Williams states: “I wanted to experience the other side and see what it was like to be a Big Issue vendor. My time was truly eye-opening. I have always believed in using my platform to help tell those stories and to bring attention and action to those who are struggling. I plan to do that now I’m turning 40, even more than I have in the past. So, for my part, I commit to continue doing what I can to shine a spotlight on this solvable issue not just today, but in the months and years to come.”

Lord John Bird, who founded The Big Issue said in a press release: “I met with Prince William and told him how I myself had been homeless and got out of grief by being imprisoned and then went on to start The Big Issue. We need to do everything we can to get the millions of people in the UK out of poverty for good. We need more emphasis on prevention and cure, not just all the support and effort going into emergency relief.”

What a way to spend your birthday! We love you Prince William! HBD!