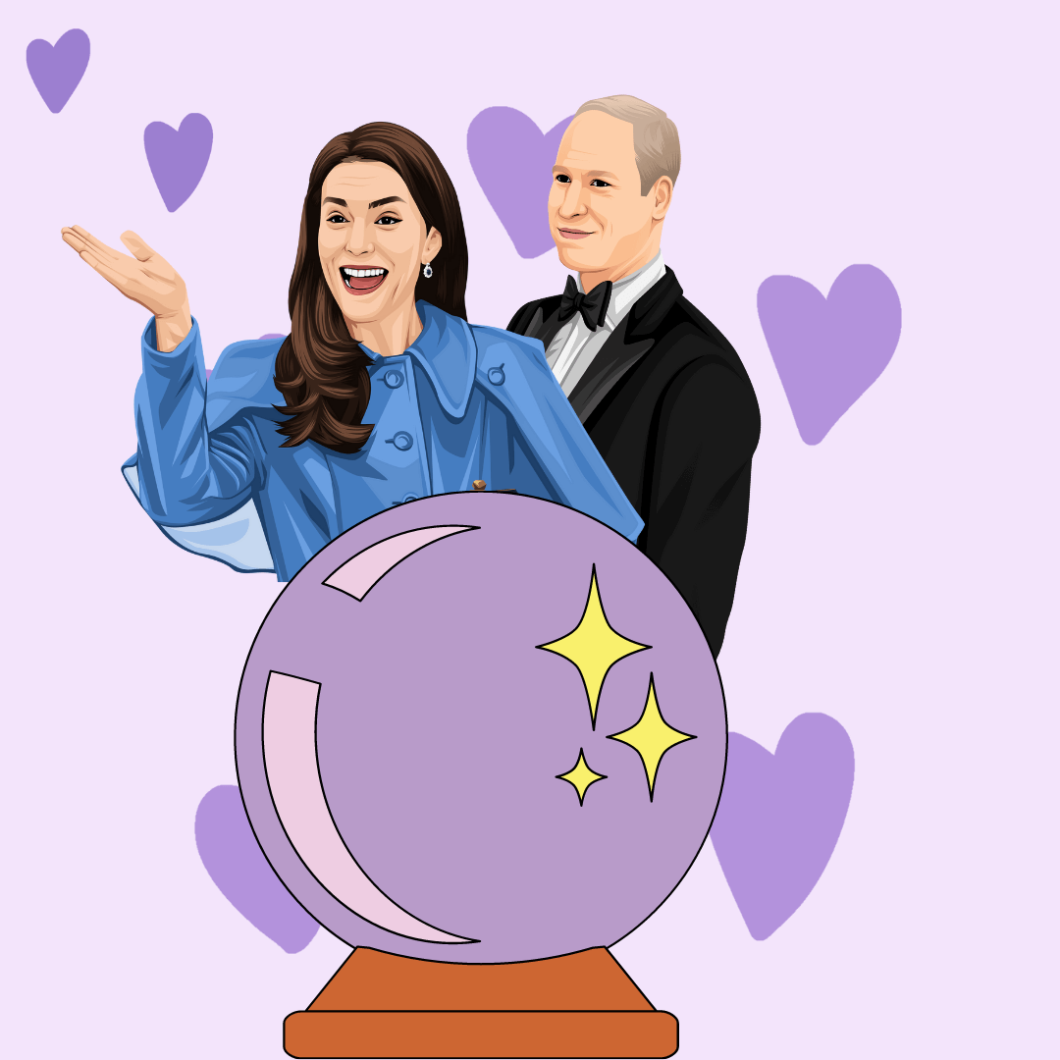 Donate to Passage Charity for Prince William’s 40th birthday. Here’s how to get involved.

In honor of Prince William‘s 40th birthday, we asked our favorite celebrity astrologer, Emile Adame, to give us predictions on the Duke of Cambridge’s 40th year.

According to Emili, Prince William’s diary is already packed with royal engagements and new campaigns: “William is really finding his footing as he prepares to become king… and this is a very busy year for him.”

Over the last few days we have seen a flood of positive press for William’s The Big Issue campaign. The prince took to the streets as a magazine vendor to shine a light on the current poverty crisis and homelessness. A cause that Princess Diana was also very concerned about.

After testing his skills as a salesman, he wrote an article for The Big Issue about why this cause is so important to him and interviewed a friend he made in the process… a fellow Big Issue vendor named Dave Martin.

William was so fond of Dave that he actually visited him outside a Tesco supermarket in Hammersmith, west London on his birthday. HELLO! reports that Wills “took Dave a slice of chocolate birthday cake to enjoy.”

With William’s charity pursuits on the right path, Emili shares that there might be a bit of a strain on his relationship with the Duchess of Cambridge in the future. She says, “I do see issues arising in his marriage with Kate Middleton between August of this year and into 2023,” the astrologer shares. “There will be a lot of misunderstandings between the two and personal disappointments.”

Don’t fret just yet! Emili adds, “They will find their way back to each other on a deeper level and will be together for the rest of their lives.” I pushed Emili on this topic (not included in the video) and here’s what else she told me via text message: “I don’t think there will be drama,” she insists.

“They will handle it privately but they are hitting a rough patch as all marriages do and will overcome it. They don’t do drama.”

Emili predicts that Prince William and Prince Harry won’t be seeing eye to eye anytime soon. In fact, she’s afraid Prince Harry isn’t done when it comes to upsetting the heir to the throne. “I see continued strife between William and Harry and when Harry releases his memoir…” She warms: “It will cause even more problems between the brothers. William will feel even more betrayed on behalf of not only himself but also the family.”

The celebrity astrologer believes that the British royal family has a lot to look forward to over the next few months but challenges are expected. Either way, she declares, “William is up for the task.”

Visit www.soulhouse.life to book an appointment with Emili or follow her on Instagram @emili. Read our interview with Emili about Princess Diana here.