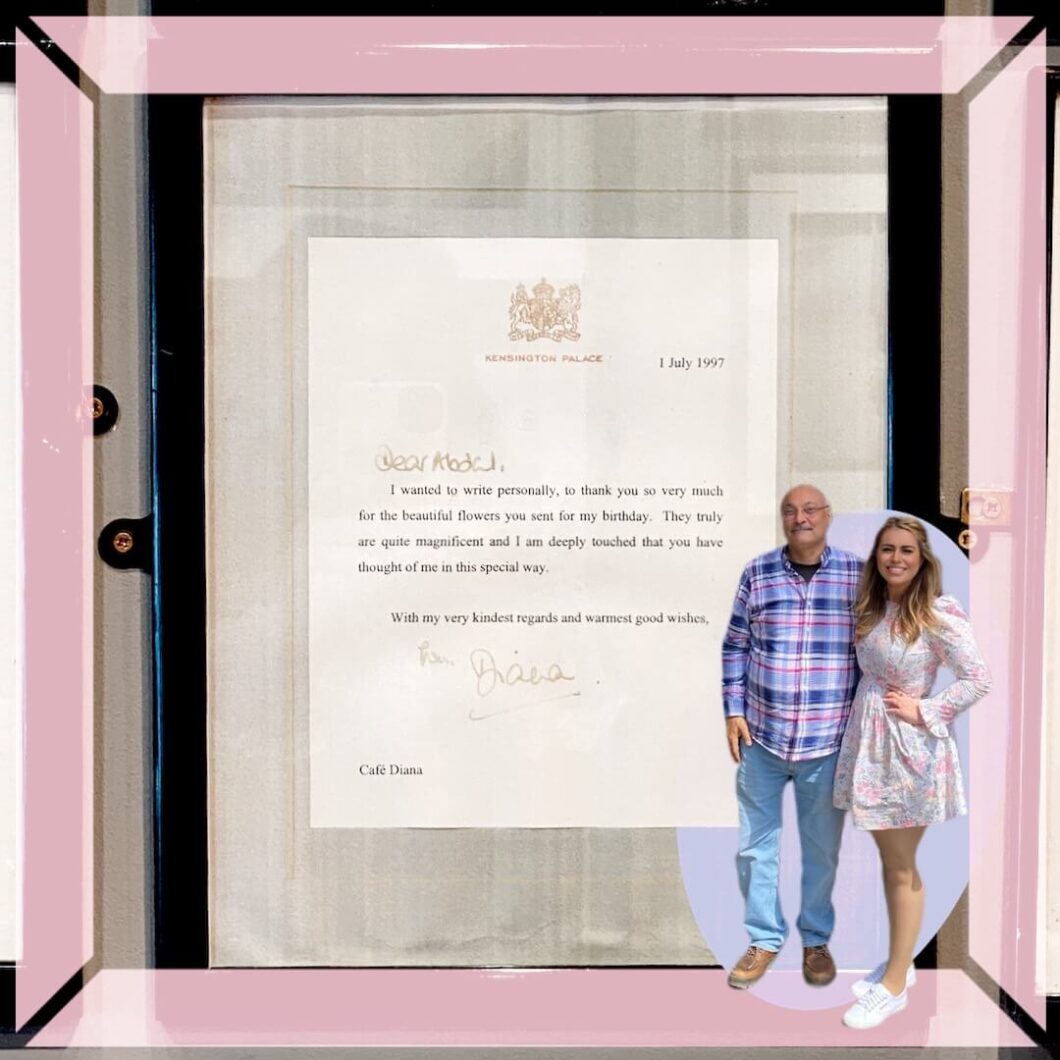 “Dear Abdul, I wanted to write personally, to thank you so very much for the beautiful flowers you sent for my birthday. They truly are quite magnificent and I am deeply touched that you have thought of me in this special way. With my very kindest regards and warmest good wishes, Love, Diana.” – A letter seen on the wall of the Café Diana.

Abdul Basit is the owner and Café Diana near Kensington Palace. He’s had the same lush location for over three decades! Abdul, who developed what some would consider a friendship with the Princess of Wales, tells ToDiForDaily.com‘s Kinsey Schofield that he named his charming restaurant “Café Diana” after spotting the princess around the neighborhood with her little princes. A relationship was developed, flowers sent, and the rest is history…

Watch the interview below.

Have you been to Café Diana in London? What did you think? Tweet me.