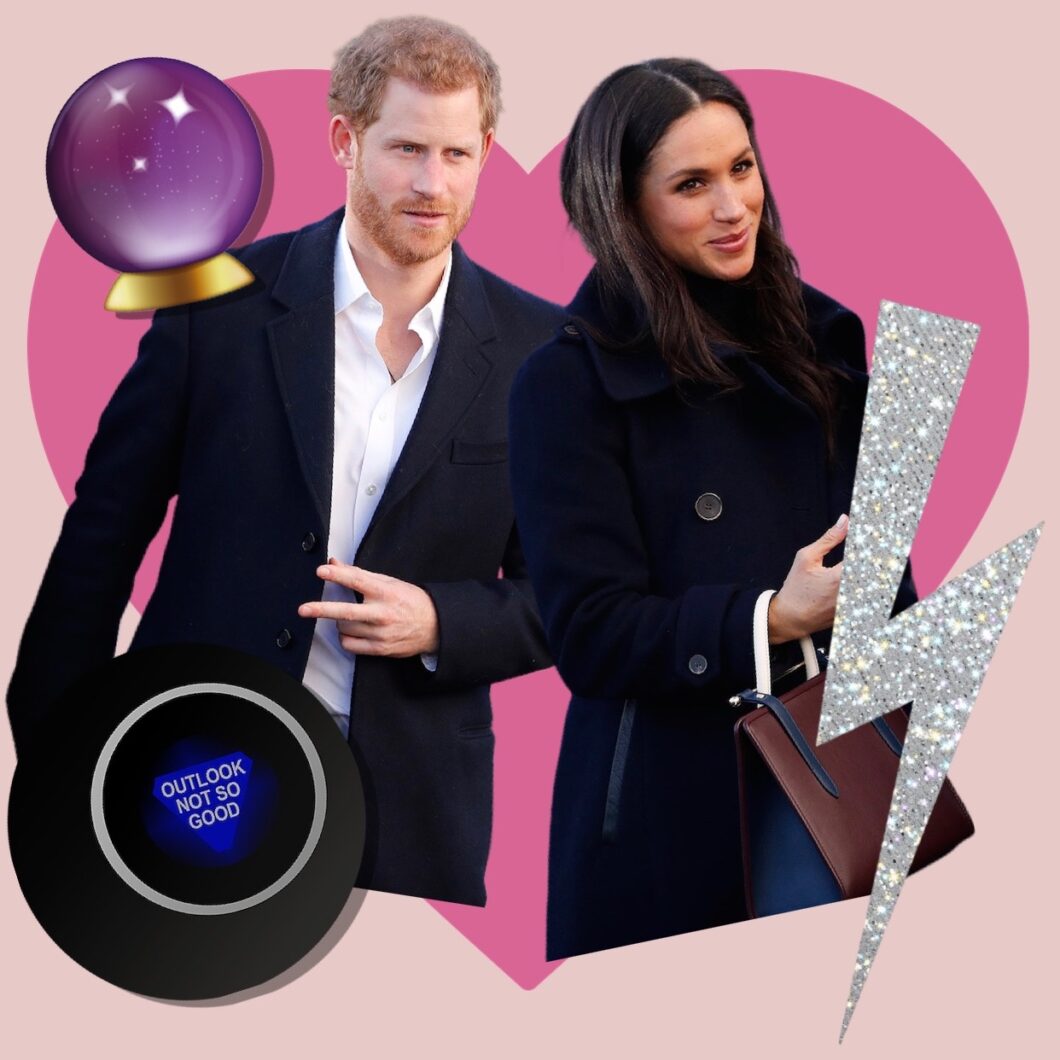 Tuesday is the release of Carolyn Durand and Omid Scobie’s Finding Freedom. Revealed over the weekend, Prince Harry’s childhood best friend, Tom “Skippy” Inskip, was “punished” for raising concerns over Meghan Markle and the pace of their love affair. The book alleges that Inskip cautioned that they should live together prior to getting engaged.

The thought that Inskip didn’t trust Harry’s judgement “upset” Harry. Page Six reports that Prince Harry and Meghan opted to exclude Tom and his wife from the royal wedding party at Frogmore House in May of 2018.

A similar story triggered Prince Harry and Prince William’s relationship breakdown. William asking his younger brother Harry to “take time” to get to know Markle. So many hurt feelings. So many severed ties.

Can Harry and Meghan vs. the world last forever?

According to their cards, the answer is no. Harry’s mother, Princess Diana, was a firm believer in astrology and professional intuitives. We asked Emili Adame, a Soul Reader and Intuitive Healer from Soul House, if Harry and Meghan will live happily ever after…

• According to Meghan’s cards, it is very apparent that she is the driving force in the relationship.
• Meghan is teaching Harry more about independence.
• Meghan’s birth card is a diamond card along with her karma, planetary, and spirit card therefore she is more about values, but she is a diamond woman and can be very extravagant.
• “Meghan is a very big giver and it is part of her karma to give to others without expectation in return which can appear as losses throughout her life, but in actuality these losses are exchanges of energy that she owes others karmically,” Emili Adame told To Di For Daily‘s Kinsey Schofield.
• Harry’s is very much in love with Meghan and this year for him was about having faith. “When I look at his cards I can see that this decision was much more painful for him than it was for her, but that it was absolutely fated.”
• Harry has the 7 of spades and the 4 of hearts in prominent positions in his birth card spread along with the Jack of hearts in his planetary spread.
• Harry is sacrificing for his family and that is what he feels is best, “I have to be honest here when I look ahead I do not see them married past 2026. I see a lot of challenges and although some may want to point the finger directly at Meghan, one mustn’t because Harry actually owes Meghan karmically in this lifetime. They agreed to this soul contract before incarnating and two people may come together to learn lessons or to repay debts from past lives and that is exactly what they are doing. It is not our place to judge their path on this incarnation. We do all have free will and I do see that he does really love her… but I see that the marriage will unravel. Sorry guys!”

What others bridges will burn with the release of Finding Freedom? We are 24 hours away from finding out.

You can read what Emili Adame of Soul House told To Di For Daily about Princess Diana’s cards here.