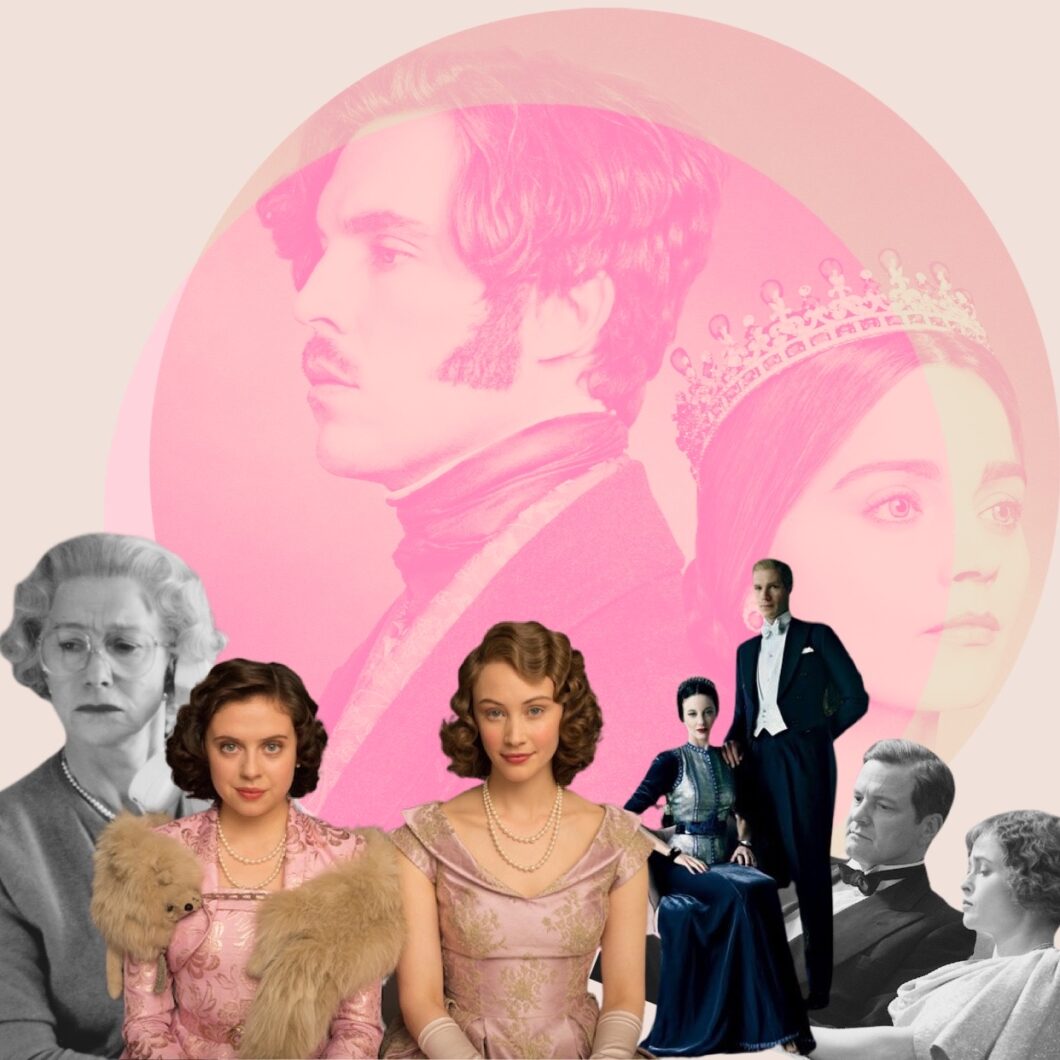 We are so excited for The Crown season 4, premiering November 15th 2020! The 4th season will introduce us to Lady Diana Spencer and is set during Margaret Thatcher’s premiership. The storyline with include Lady Di and Prince Charles’ fairytale wedding, the birth of their boys, and the “third” party in the marriage.

As we wait for The Crown season 4, here are some of our favorite royals inspired options for your binging pleasure!

5. MASTERPIECE’s Victoria stars the most perfect pixie faced Jenna Coleman. I could look at her forever! I think Snapchat must use her eyeballs as a prototype for perfection. Based on the life of Queen Victoria and Albert, a true love story! Queen Victoria is said to have mourned his death up until her very own. Of course, the costumes are stellar, the acting is impeccable, and the scenery is divine. Victoria creator Daisy Goodwin confirmed that a fourth season is in development but there is still no word on when it will begin production.

4. W./E. or W.E. (It stands for Wallis and Edward) is a 2011 royals inspired romantic drama written and directed by Madonna. W.E. a unique take on a look back at one of the world’s most notorious couples, through the eyes of a royal fanatic. No matter how accurate (or inaccurate) their portrayals are, Andrea Riseborough and James D’Arcy are my favorite ever Wallis and Edward. Riseborough is an absolutely exquisite Wallis. You sympathize with her, you fear for her, you like her. It has historically not been an option to like Wallis (and much easier to like her with no mention of their rumored Nazi ties.) Although Abbie Cornish‘s accent is sometimes cringe, she is also a very likable character. Richard Coyle… not so much… but I will always love him as Jeff in Coupling so he is forgiven. The music in this film is amazing, the sets, the costumes, the element of the Sotheby’s auction of the Windsor estate is very romantic. I love it.

3. The King’s Speech is a 2010 royals inspired drama about King George VI’s friendship with Lionel Logue, an Australian speech therapist. Watch as he overcomes an insecurity and becomes one of the most beloved kings in history. According to the BBC, the Queen had a private screening of the film and “found it moving.” It is sweet. And it is fun. Colin Firth is wonderful, winning a BAFTA and an Academy Award for the role. I also love Helena Bonham Carter as Queen Elizabeth The Queen Mother. So sassy. Learn more about her real connection to the British royal family here.

2. The Queen (also by Peter Morgan) is a 2006 drama inspired by the death of Princess Diana. It gives you a unique view of what transpired within the hours and within the private walls of the Balmoral castle. From the reactions to the PR strategy that followed. Michael Sheen plays an amazing Tony Blair. Helen Mirren is a wonderful Queen Elizabeth, but I do hope that the real Queen is not as icy as portrayed in the film. This will certainly prepare you for what is expected to be addressed in season 5 and 6 of Netflix’s The Crown.

1. A Royal Night Out is a 2015 romantic comedy that is campy and the most fun. Set on V.E. Day in 1945, peace is finally on the horizon for Europe. With escorts, Princess Elizabeth and Princess Margaret are allowed outside of the palace to participate in the festivities. That’s when all hell breaks loose. When my toes weren’t tapping to the fabulous music… my heart was fluttering over subtle flirtations on the screen. It was just the cutest movie. Sarah Gadon‘s grace along with her beautiful face is a perfect Princess Elizabeth. Bel Powley‘s Princess Margaret is hilarious and one of my favorites. If you love the royal family and haven’t seen this movie… it’s a must!

Honorable mention, Reign, season 1. (Season 2 – 4 are not as magical and romantic as season 1.)

ICYMI: Everything we know about ‘The Crown’ Season 4