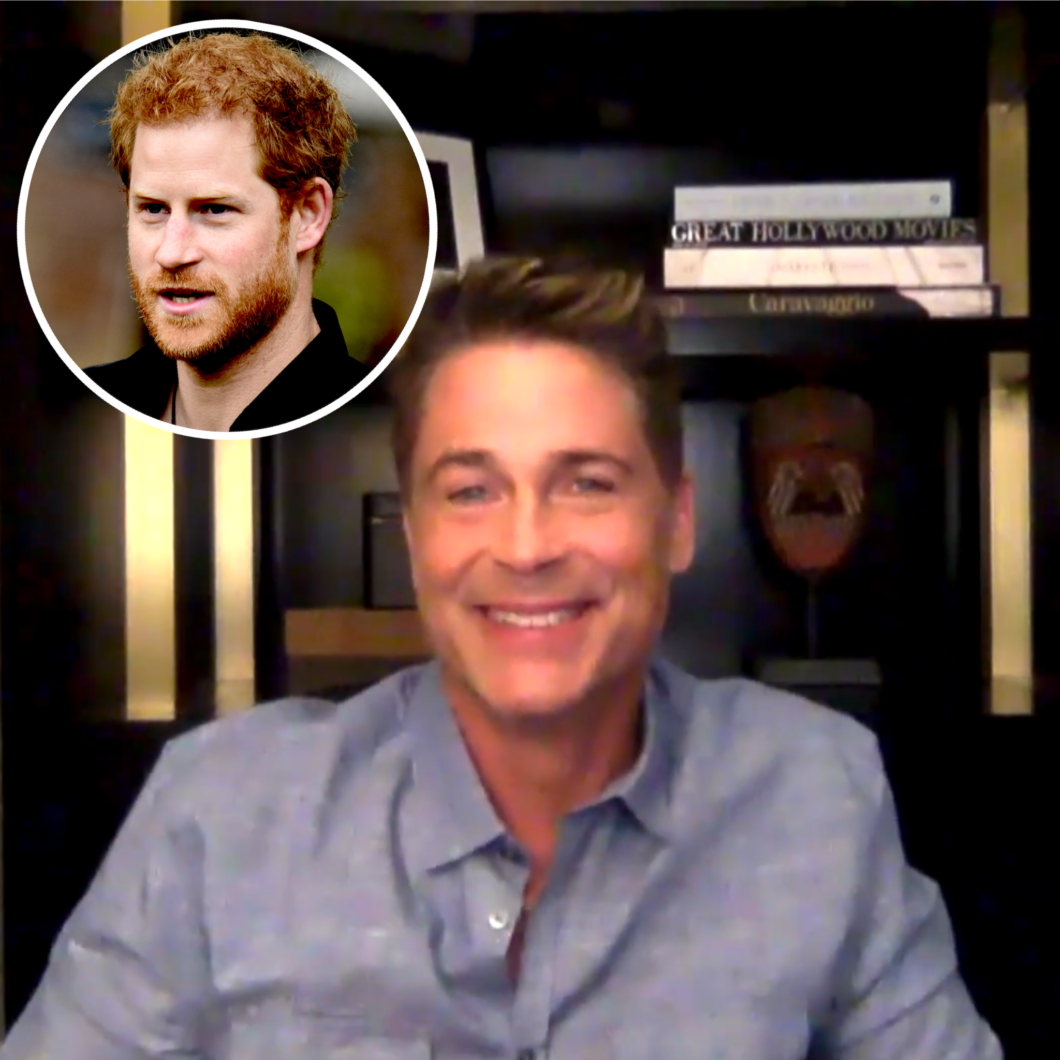 In a YouTube video uploaded by The Late Late Show with James Corden, Corden challenges Rob Lowe over his allegations that he recently saw Prince Harry sporting a ginger ponytail.

“I just ran into your countryman, the English treasure, Prince Harry, at the stoplight 10 minutes ago. He lives about a mile from me. He’s been very reclusive. Seeing him in the neighborhood is like seeing the Loch Ness Monster, and I finally saw him. I finally saw him driving his car,” Lowe joked to the late night host. Lowe also lives in Montecito, California.

Corden’s face expresses disbelief as Lowe continues… “It was very, very quick! Don’t totally quote me on it… but it looked like he’s wearing a ponytail! I’m just saying. It looked to me as a casual observer that his hair had grown very long and was pulled back very tightly by what I can only assume was a ponytail.”

Corden was not only a recent guest of Prince Harry and Meghan Markle‘s podcast… he was also quite a hit at their wedding! “I’m certain that isn’t true,” the host insists. “Do you know what I think happened? I think you didn’t see Prince Harry,” he says unimpressed.

Perhaps it is true! Per the state’s Regional Stay At Home Order, salons, barbershops and other non-essential businesses must remain closed in the regions of Southern California. While Markle is multitalented… we can not vouch for her clipper capabilities.