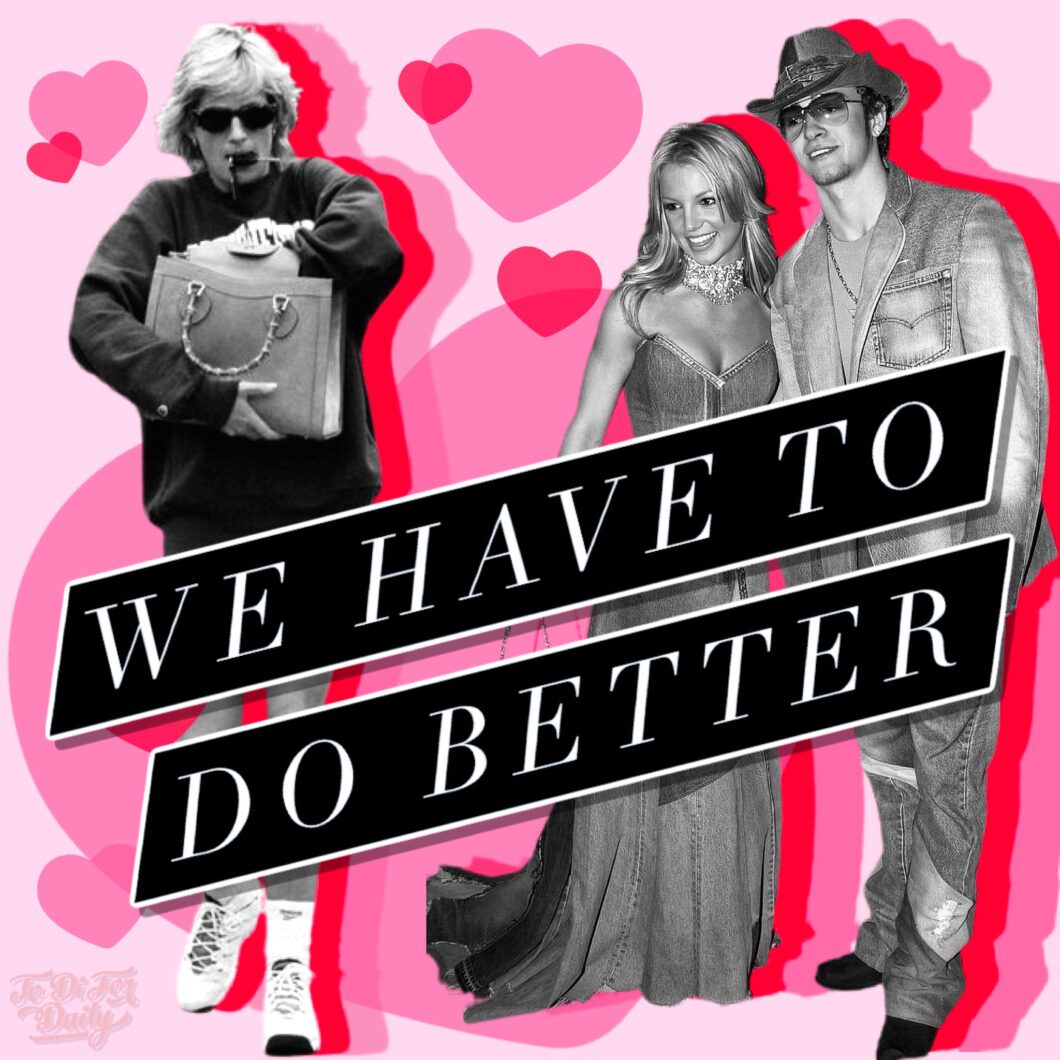 Shutterstock composition by To Di For Daily

Have you watched The New York Times documentary Framing Britney Spears yet? Yikes. The film explores what lead to the pop star’s conservatorship. Headline by headline. Photo by photo. It is incredibly powerful and moving and makes you feel overwhelmingly guilty for the way that we chewed her up and spit her out.

YOU DRIVE ME CRAZY

In 2001’s Diana: Story of a Princess by Phil Craig and Tim Clayton, the authors revealed that as the marriage disintegrated, “Prince Charles and his closest allies plotted to unjustly portray Diana as ‘mad’ and suffering from borderline personality disorder.” A rumor that persists today thanks to those initial slanderous whispers. Author Phil Craig told Good Morning America that “Charles decided to raise doubts about his wife’s mental health after it was revealed that he was having an affair with Camilla Parker Bowles.” I think this act was especially cruel because Princess Diana was upset that Charles WAS cheating with Camilla and Craig explains that while she might have had some questionable episodes towards the end of her life, “to say she was mentally-ill throughout her life is nonsense.”

The Prince was allegedly weaponizing Diana’s mental health to not only destroy her “brand” or likability but elevate himself. To justify his behavior. It’s unethical.

Since 2008, Britney Spears has been confined by a conservatorship. The conservatorship leaves her without control of her business, finances, or her family. Britney’s not allowed to drive… or get married without permission from someone else. In Britney’s specific case… it feels like they are perhaps weaponizing her mental health and lying about her stability for financial gain. Again, totally unethical.

Framing of Britney Spears gave me the most significant Princess Diana throwback anxiety when we explored the height of her paparazzi infamy, around 2007. Photos of Britney Spears could make up to $1,000,000… which meant she could not leave her house without a camera (or 30) in her face.

In July of 1997, a photo of Princess Diana and Dodi Fayed sold for $6,000,000! That cheque was cashed just a month before the two tragically died in a high-speed car crash in Paris – involving paparazzi.

Framing of Britney Spears showed a montage of Britney crying in her car, begging the paparazzi to stop in an interview with Matt Lauer, and the clearly distressed pop star desperately trying to escape these strangers with flashbulbs. We saw similar photos of Princess Diana throughout her life.

While magazines described Britney as going through a breakdown or “spiraling out of control” – Britney’s mother Lynne revealed years later that she believes that the star was suffering from postpartum depression.

Diana told the BBC that she had suffered from postpartum depression after the birth of Prince William, “I was unwell with post-natal depression, which no one ever discusses, post-natal depression, you have to read about it afterward, and that in itself was a bit of a difficult time. You’d wake up in the morning feeling you didn’t want to get out of bed, you felt misunderstood, and just very, very low in yourself.”

Imagine this… on top of the type of pressure these women experienced on a typical Tuesday… plus 20 people following you around with cameras.

When Princess Diana was sick of the scrutiny and lies, she decided to take her life back. At an event in December 1993, she told the crowd, “At the end of this year, when I’ve completed my diary of official engagements, I will be reducing the extent of the public life I’ve lead so far,” she said firmly. “I hope you can find it in your hearts to understand and to give me the time and the space that has been lacking in recent years.”

Britney Spears has been fighting to remove her father’s control over her estate. In November of 2020, the court rejected an attempt by Spears to have her father removed as her conservator but the judge agreed to consider future appeals for his removal. According to her attorney, one way Spears has taken back control of her life is by refusing to work. Britney says that she will not perform as long as he remains her conservator.

We watched Princess Diana stalked. In gyms. Through tunnels. Along London streets. We watched how it escalated. We watched her die. How were we not more protective of someone like Britney Spears? A young mother. Clearly in distress. I am so disappointed in us. I am so thankful that Britney is still here but I can not believe that we allowed it to get as bad as it did and I hope that we never ever tolerate behavior like that ever again.

And while some might argue that she’s alive today thanks to her father, I would say, thank you to her father. Thank you for getting her away from Sam. I believe that was a difficult task… but Britney has had years to work out her issues, she’s got the best doctors… that you picked out… she’s physically fit… she’s in a steady relationship… and I think it’s time that we #FreeBritney.