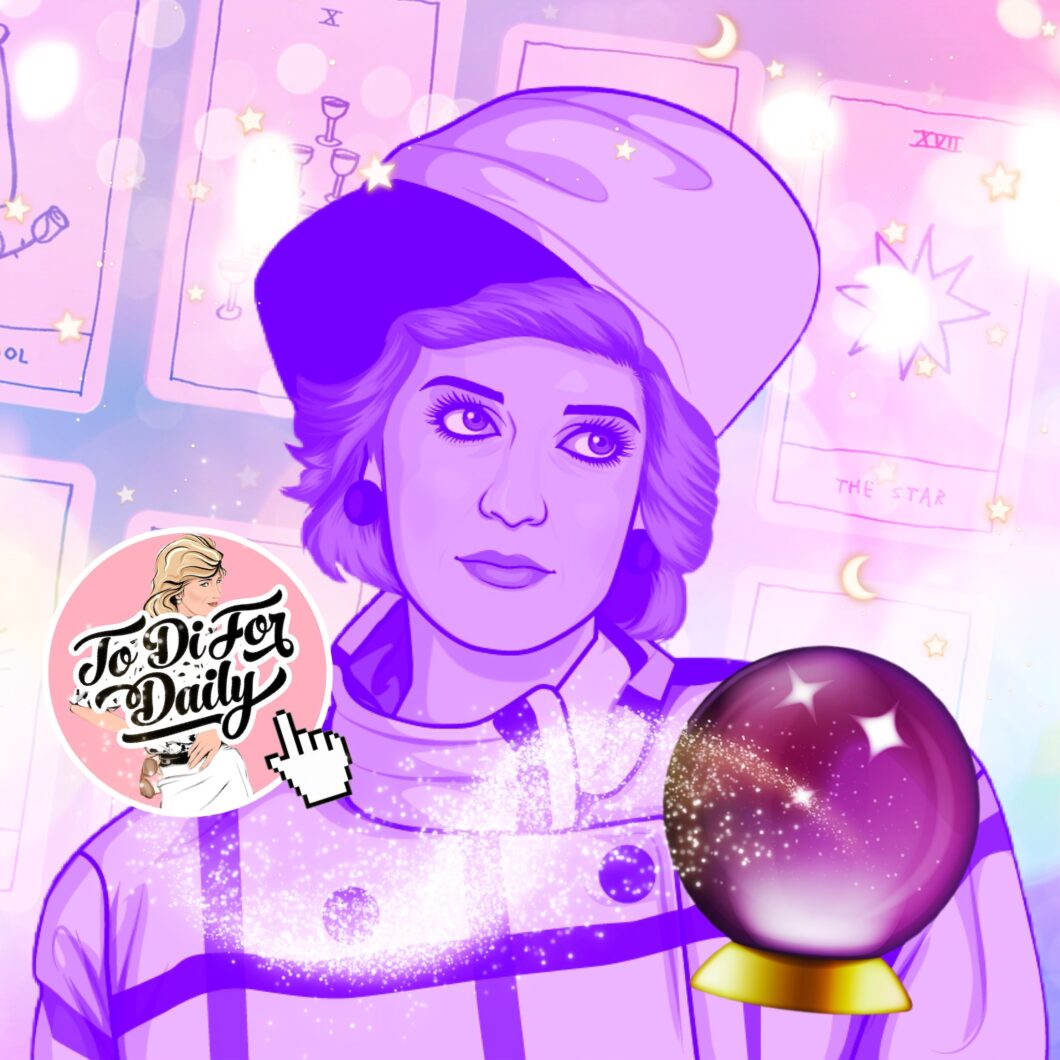 On the eve of what would have been Princess Diana‘s 60th birthday, I come bearing a #throwback.

In August of 2020, ToDiForDaily.com spoke to Emili Adame, an astrologer and the creator of Soul House, about Princess Diana‘s horoscope. Here are some highlights… Emili says…

“She was a very loving woman who was very complex emotionally. Her accident was very fated. It is clear in her natal chart with Mars, Uranus, Pluto, and the North Node in the 8th house. This is known as the house of death, taxes, and sex. Although tragic, with Pluto and Uranus coupled with the timing of the eclipse (and specific aspects); it is very clear that Uranus (accident), Pluto (death/transformation), and the North Node (where you are going in life, your destiny) was her fate,” explains the celebrity astrologer.

“I had to do some digging for her birth time. It is stated to be different by many astrologers. I looked at two different charts with two different birth times. She had two YODS / Finger of God in her chart, which can make for obstacles and difficult trials one must go through to complete their mission and destiny in this life. These people are called to a higher spiritual purpose. The YOD is not used by all traditional astrologers, but I find it to be quite accurate. I can see that she was glamorized in her chart and her path as a royal is very apparent by the 9th and 10th house.”

She continues, “With her Sun and Mercury in Cancer, she was very much a loving mother to the world, but Cancer is also very sensitive, has fluctuating moods, and can be prone to manipulation. Although, they are deeply caring they can be controlled by their moods. Their center is their family. That is the source of their happiness. Cancer is the embodiment of the feminine and she was certainly a very feminine woman.”

“She also had an Aquarius Moon which would have put her emotional energy into helping the collective and made her a great humanitarian. These people have access to the mysteries of the universe which also ties into her card as the Ace of Spades.”

“Her sun was in the 7th house and her power manifested through relationships, not only within her family but with the public as she was so loved and this is where she shined. The 7th house is the house of partnerships – business or marriage, open enemies, and the shadow.”

“She was a deeply spiritual, caring, and sensitive woman. Her emotional turmoil was something she was needing to overcome in this lifetime. She was a very beautiful soul.”

Diana truly struggled when it came to her love life and Emili says that it’s all in her cards. “I believe given her Ace of Spades that she thought she was entering into a fairytale and it all came crashing down… which is very common for the Ace of Spades. It was not what it seemed.” She continues, “The 7 of Hearts Karma card is a fated love life which can lead to pain and betrayal… but it is part of the lessons that this particular card must go through to grow.”

Learn more about Princess Diana and Soul House through our original interview.