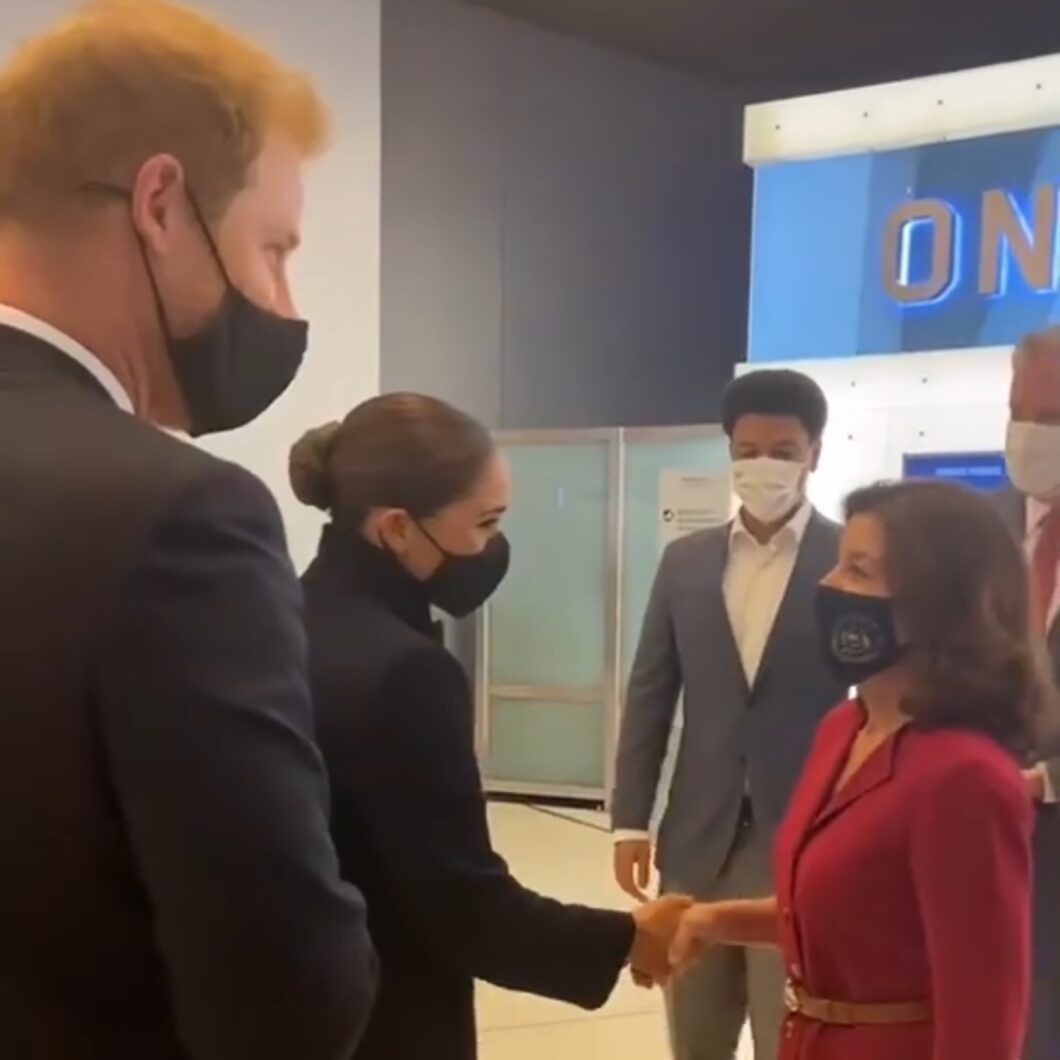 In an unusual move, the magazine added a disclaimer beneath their typical caption. The generic caption reads, “The Sussexes have touched down in NYC! #PrinceHarry and #MeghanMarkle stepped out in the Big Apple today to meet Governor Kathy Hochul and Mayor Bill De Blasio, but it won’t be the last stop during their stay. Find the details of the couple’s trip-which marks their first public appearance together since the birth of her daughter-at the link in bio.” Last I checked, Prince Harry also contributed to the conception of Lili but back to the disclaimer…

The post continues, “We urge you to leave comments here that are thoughtful and constructive. We have noticed that the Duke and Duchess of Sussex provoke a passionate response from our audience, but we encourage you to use your voice to ‘affirm and support’ each other rather than contribute to the negativity, noise, and racism that is so prevalent on the internet. Abusive comments will not be tolerated.”

In response, comments from their audience seem primarily hostile. However, the comment with the most reactions belongs to author and tv personality Jill Kargman, who says, “Warm enough? It’s 82 degrees.” Reacting to Meghan Markle’s turtleneck and large coat.

Despite hundreds of negative comments, the photo has racked up over 8,000 “likes” at the time of publishing.

For those leaving disparaging comments regarding their masks, you can clearly see their masks in both of their hands.

Prince Harry and Meghan Markle are in town for Saturday’s Global Citizen Live event from Central Park. They were some of the first prominent figures to start the conversation about global vaccine equity. The Sussexes believe it is crucial in ending the COVID-19 pandemic. Global Citizen Live will be televised.

When asked about their trip, Meghan told reporters, “It’s wonderful to be back, thank you.”