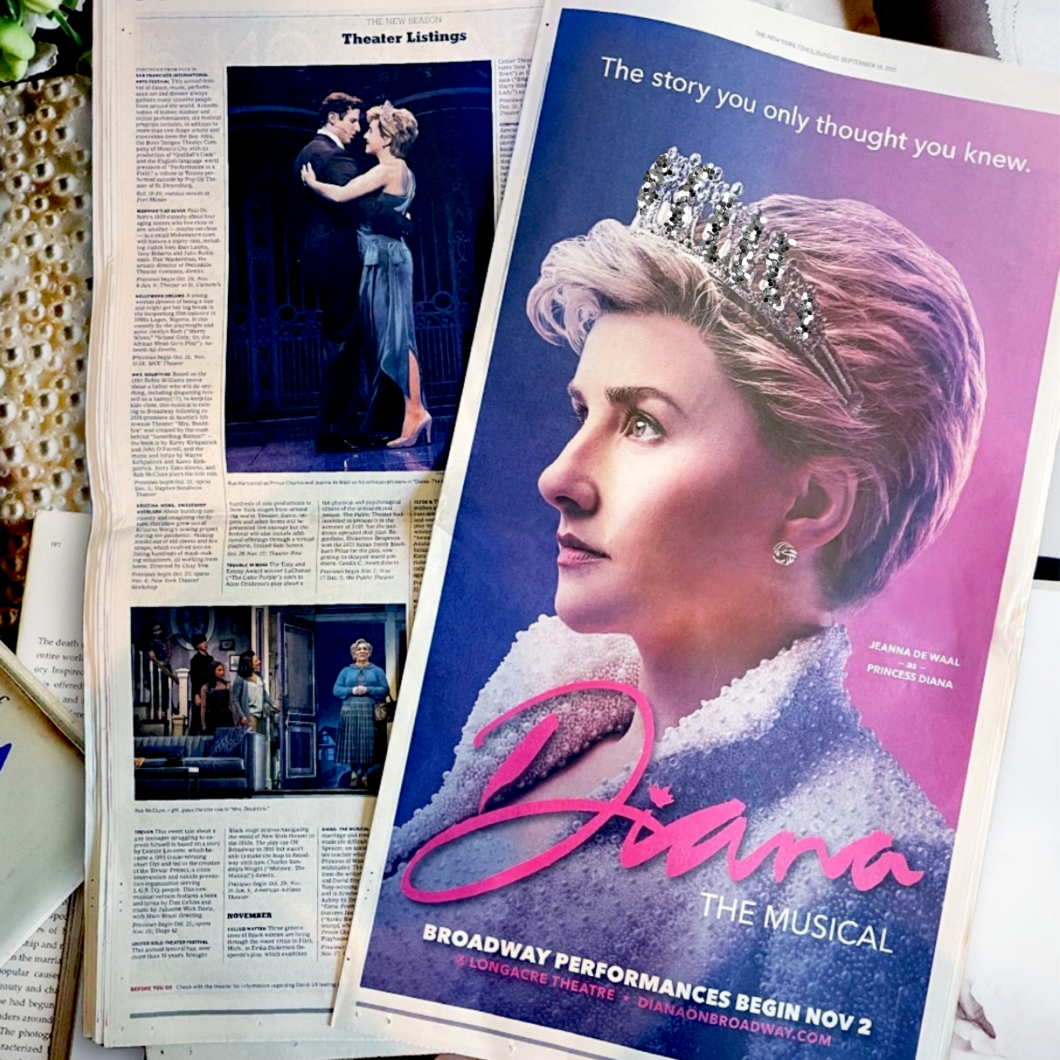 Connected forever, Princess Diana has become such a special part of Jeanna de Waal‘s world. Jeanna originated the lead role of Princess Diana in Diana: The Musical at La Jolla Playhouse and at New York Stage and Film Powerhouse Theatre.

A celebrated Broadway star with shows like Kinky Boots and American Idiot on her resume, Diana is what thrust Jeanna onto the pop culture map. The world can’t seem to get enough of Princess Diana nearly 25 years after her unfortunate death. Jeanna is one of those deeply affected by the death of the People’s Princess. Playing the part of such a significant character in history can be intimidating but the actress chose to inherit some of Diana’s most unique qualities and learn from the icon, “It was really up to her to find her strength. Everything that she became and is today was because she found that little nugget inside of herself to say, ‘I’m not going to let go,'” Jeanna told Show People with Paul Wontore.

“She molded that and grew to become this role model who is still very much in our zeitgeist today.”

Jeanna believes that playing Diana as an older woman was helpful to her so that she could “reflect on how complicated and challenging that must have been, considering how badly I handled my 20s with far fewer challenging moments.”

She told Paul Wontore that Diana was misunderstood, “She had no support system. She was 19 and I think she was often painted as silly or stupid, but she wasn’t.”

Diana: The Musical will premiere on Netflix on October 1st, 2021… just a few weeks before its triumphant return to Broadway! Previews of the musical are expected to start at the Longacre Theater on November 2nd and opening night is set for November 17th.