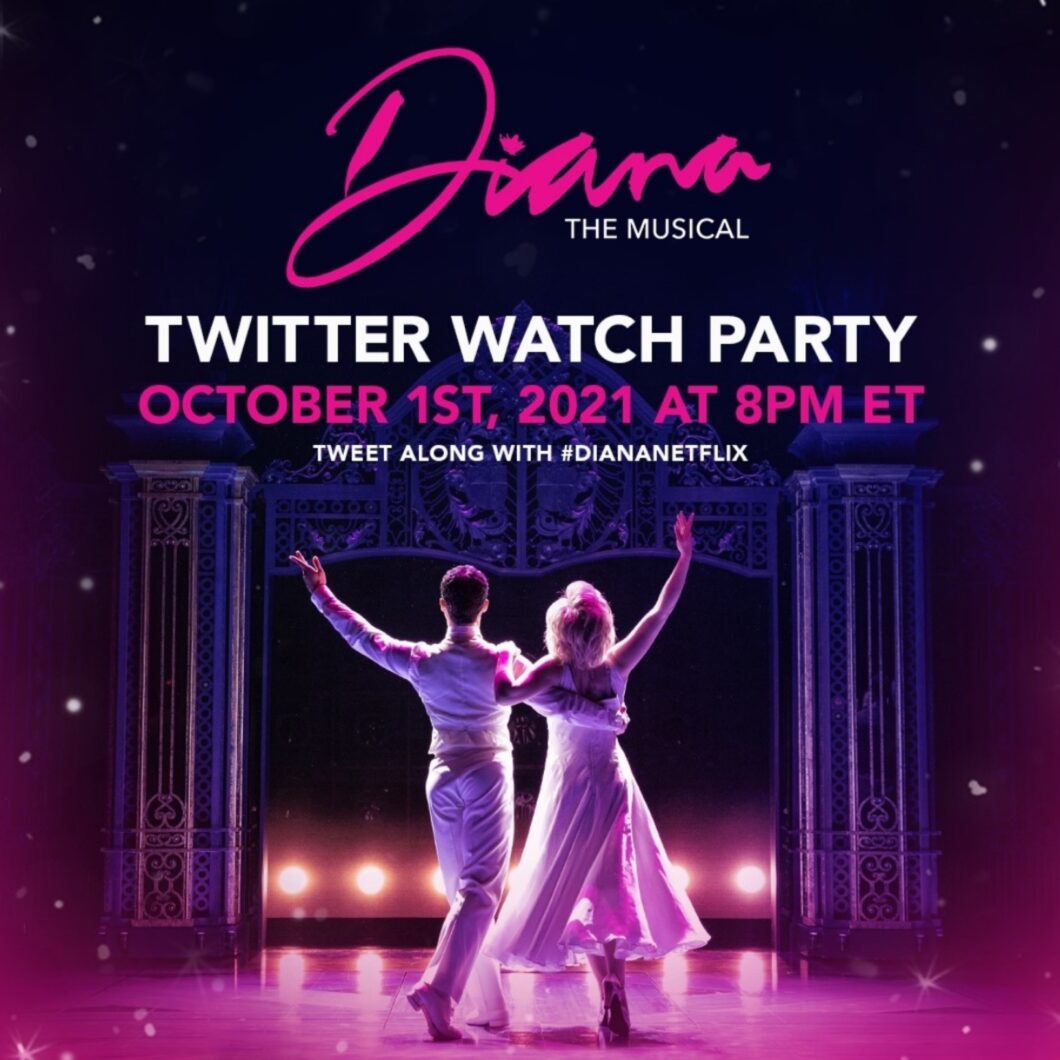 It’s a party! Diana: The Musical comes to Netflix on Friday, October the 1st, and @dianaonbroadway has invited fans to live-tweet the show!

Just hop on Twitter at 6 pm PDT to react in real-time to the hit-musical by using the hashtag #DianaNetflix. Diana will likely premiere at midnight on Friday morning but isn’t it much more fun to watch with a group of Diana lovers like yourself?