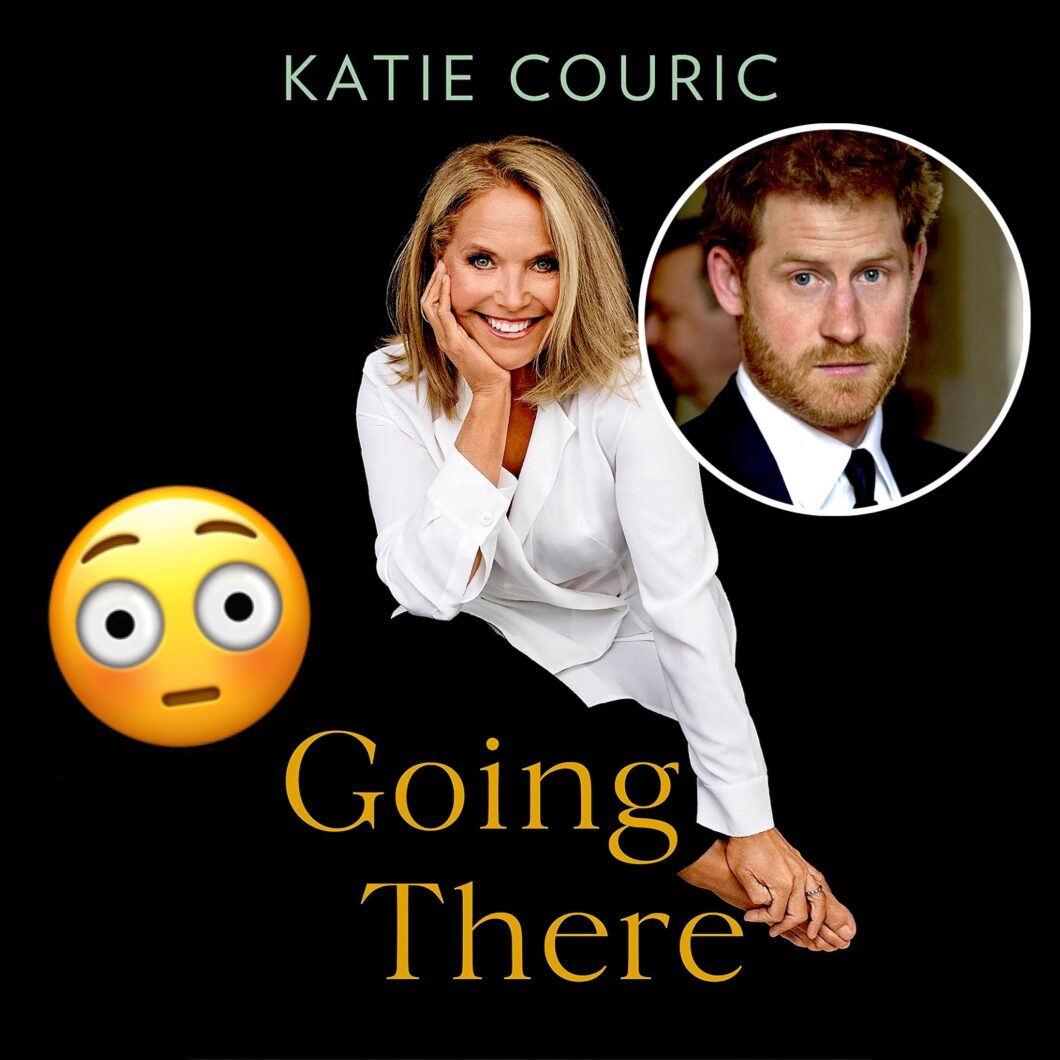 Despite being a fan of Princess Diana, it seems that former television news personality Katie Couric has taken a shot at Diana’s youngest in her new book, Going There.

Katie met Diana at a luncheon honoring the Princess of Wales in Chicago in June of 1996. The two sat two seats from each other and Diana complimented Katie on her pink lipstick. Pink was one of Princess Diana’s favorite colors. The tv news anchor was fascinated by the princess after years of covering the royals for The TODAY Show. She couldn’t RSVP fast enough when she was invited to speak at the upscale event.

Katie privately asked Diana, “You must be exhausted traveling and meeting so many people and having to shake hands with all these strangers. Are you excited to go home?”

“I will never forget her response,” Katie wrote in an essay on the 22nd anniversary of Princess Diana’s death.

Diana replied, “I would be, but I’m going home to an empty house.” Princess Diana was in the process of finalizing her divorce from Prince Charles and the journalist felt sympathetic towards her.

Katie also penned memories of Diana’s funeral, “I’ll never forget the sight of Prince Harry and Prince William walking behind it, two young boys — Harry was only 12, William was 15 — with their heads bowed, looking both sad and brave.”

Prince Harry has been especially candid recently about how the death of his mother has affected his life. He admitted to battling drugs and alcohol as a teenager as he struggled to cope with her loss. So it seems odd and inappropriate for Katie to now reveal her very unflattering impression of the Duke of Sussex in her new book, Going There.

She says that she met the young prince at a polo match in Brazil during his “wild-oats sowing phase.” Katie recalled cigarettes and alcohol oozing “from every pore” of Prince Harry’s body. Did she just call Prince Harry smelly?

Look, I’m not suggesting that Harry get special treatment but it does seem kind of gross to criticize a young man, years after a meeting, around the same time that he opens up about substance abuse directly related to losing his mother as a child.

Harry is clearly trying to grow and change and hopefully be a better human and I think we should all give him the space to do so.

One thing I know for sure… the Sussexes hold grudges. Katie Couric shouldn’t expect any access to Hollywood’s new ‘it couple’ anytime soon. I’m not sure it was worth Going There.