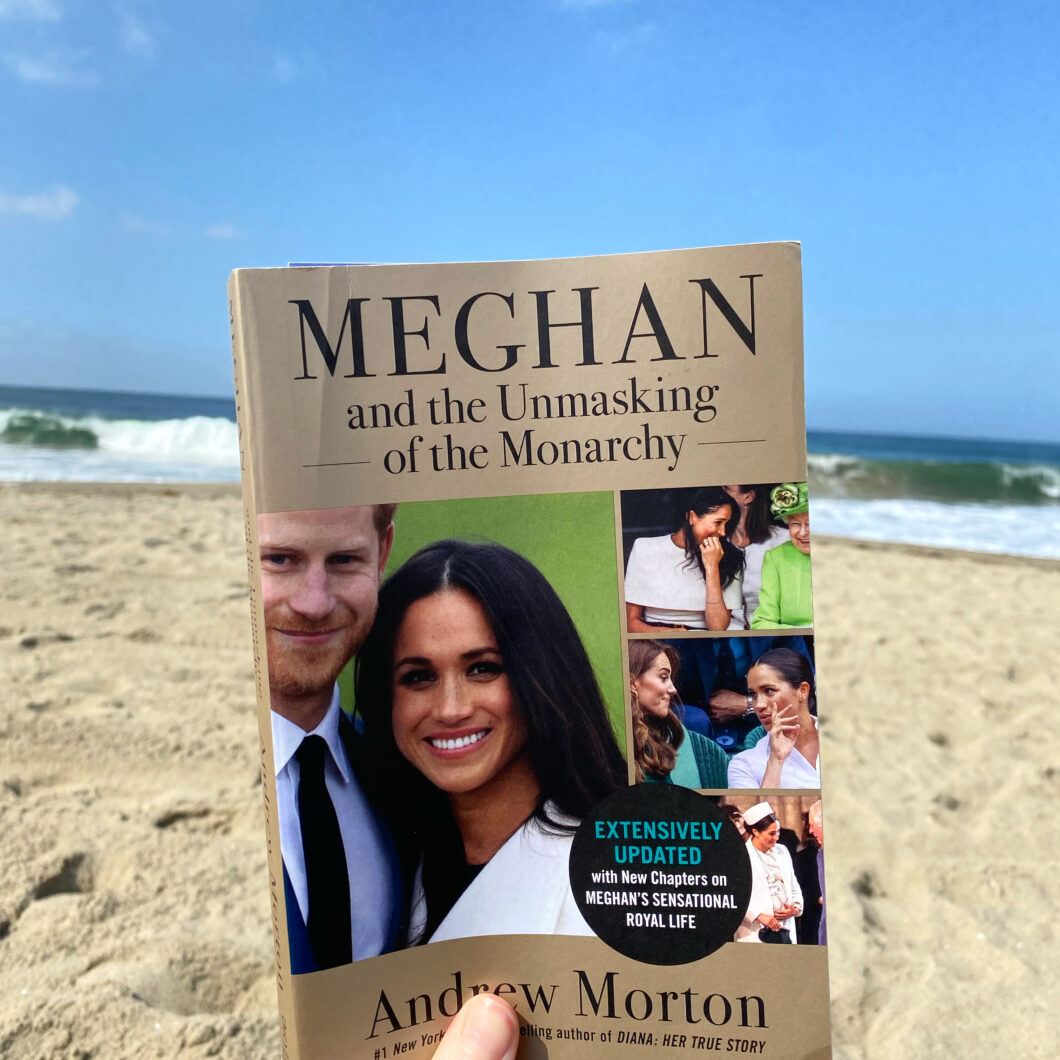 I hope it hasn’t felt like I abandoned you! I had a deadline to finish Andrew Morton‘s updated Meghan Markle book titled Meghan and the Unmasking of the Monarchy. If you’re looking to have a better understanding of Meghan’s (unique!) ancestry and her relationship with her family, specifically Thomas Markle, then consider Andrew’s latest publication your Meghan Markle Bible.

1. Did Meghan grow up as Rachel or Meghan? To quote Vulture, “Once I knew about Rachel Markle, I could not return to my previous life of not knowing about Rachel Markle.” I asked Andrew Morton about this during our latest discussion and he is just as curious as I am! By all accounts, Rachel Meghan Markle had become Meghan Markle sometime between the ages of 2-11 while she attended Hollywood Little Red Schoolhouse. Was she oversaturated by other Rachels in the classroom? Is she an alliteration enthusiast? Meghan’s step-sister also changed her name. Born Yvonne Marie Markle, she inevitably changed her name to Samantha. PS. If you want to laugh your ass off read Rachel Handler‘s Why Is ‘Meghan’ Markle Using a Fake Name?

2. Andrew references Thomas Markle’s June 2018 interview with Good Morning Britain where the father of the bride reminisces about Prince Harry asking him for permission to marry his daughter. “Harry asked for her hand over the phone, and I said, ‘You’re a gentleman, promise me you’ll never raise your hand against my daughter and of course I give you my permission. ‘” BUT… all I could think about was Thomas Markle’s August 2021 interview on Tonight Live with Dan Wootton where Tom Senior claims Harry DIDN’T ask him for permission to marry Meghan. In the same interview, he calls Meghan a liar and tells Dan that she began the nasty habit after she met her prince. In conclusion, Did Prince Harry ask Thomas Markle’s permission or not? The official announcement from Kensington Palace says he did.

3. Remember when Prince Harry and Meghan Markle mysteriously referenced royal relatives that are able to live the ‘one foot in, one foot out’ lifestyle that they wanted to pursue in the Oprah interview? Apparently, they were talking about Prince Michael of Kent. He is the first cousin of Queen Elizabeth II and is currently 52nd in line to the British throne. Sometimes he represents the Queen at royal engagements but he also owns a consultancy business and hosts documentaries about the royal family. I get that it seems unfair to the Sussexes that MoK gets to play Dick Clark while shaking hands with dignitaries in place of H-R-H but this all blew up in their faces after he was accused of selling Kremlin access. A similar scandal haunted Sophie, Countess of Wessex when the Diana lookalike and her husband, Prince Edward, tried to pursue professional careers in addition to their royal responsibilities. Sophie was “lured” to a meeting under the pretense of securing a new PR client by an undercover reporter. As a result, she was accused of using her royal contacts to acquire lucrative contracts and the scandal forced her to give up her PR company. I don’t think Harry’s concept was shot down to be cruel. I think it was shot down because it’s been tried before and hasn’t worked. Did these guys do their homework?

4. Andrew goes into Meghan’s Deal or No Deal social life… or lack thereof. The struggling actress kept her nose in scripts between commercial breaks and after the sun-kissed staff clocked out, Meghan opted for the role of sleeping beauty over barstool babe. The author chalks it up to branding. Saying that she had bigger aspirations and considered Deal or No Deal just a stepping stone. There is a lot of discussion about her thought process and how she considers consequences before she makes decisions… even when it came to on-screen opportunities. SO CAN WE PLEASE TALK ABOUT THE OPENING SCENE OF THE 90210 REBOOT?

5. What happened with the UN? Although Andrew Morton hints at why Meghan Markle’s attention shifted away from her role at the UN, it is the first time I’ve seen someone call out the fact that after she gave her highly celebrated speech, Meghan’s “charity work on their behalf tapered off considerably.”

Meghan and the Unmasking of the Monarchy is an unbiased piece of literature and an incredible resource for royal enthusiasts. While Andrew clearly explores contradictions in anyone and everyone’s story, it’s actually a really thorough exploration of the woman that went from Hallmark princess to real-life Duchess of Sussex. Meghan’s story is inspiring. She reminds you that you can be anything you want to be. She also makes you want to leave the world better than you found it.

Andrew Morton’s Meghan and the Unmasking of the Monarchy is available for purchase on October 19th.