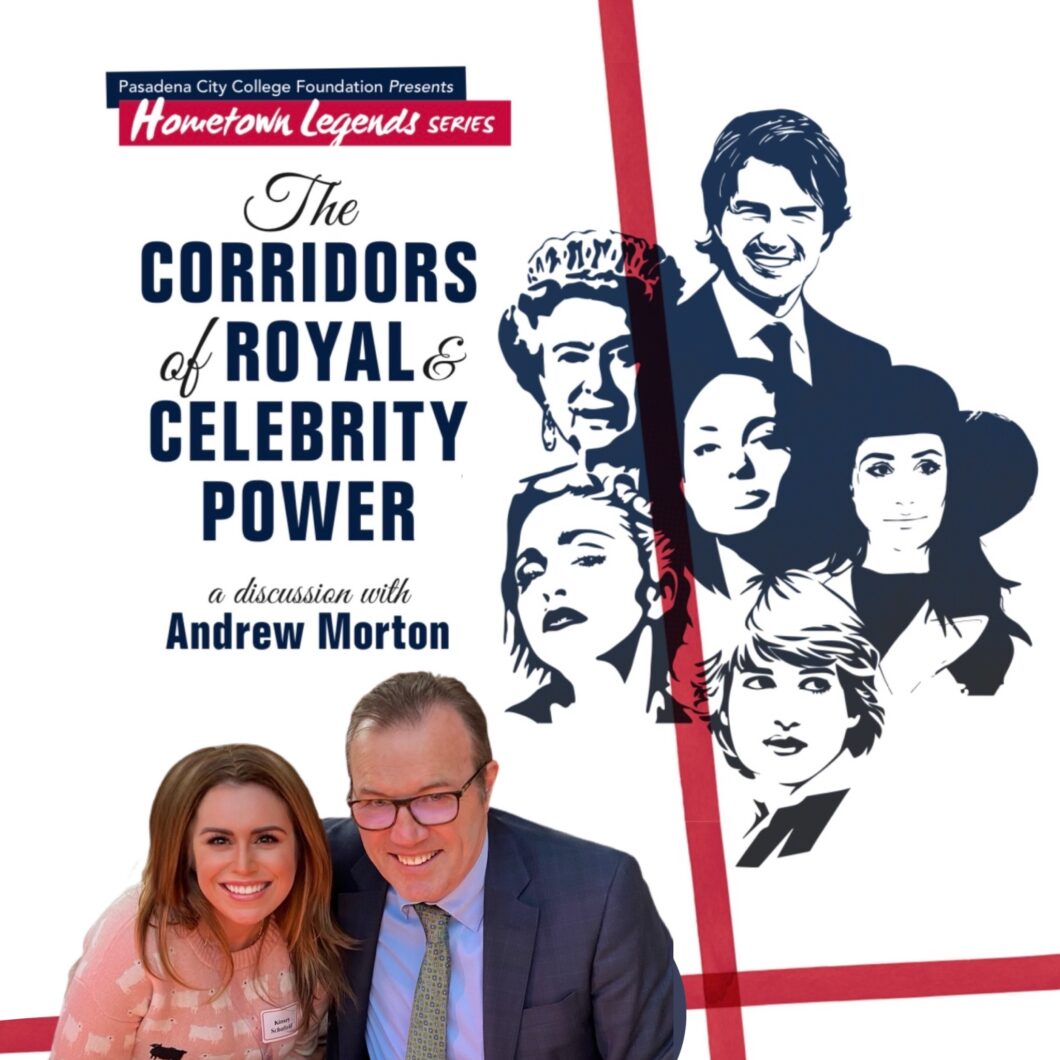 Author Andrew Morton was recently celebrated at The Athenaeum in Pasadena, California through Pasadena City College Foundation’s Hometown Legends series. Attendees were able to ask Andrew Morton questions about his royal relationships (Prince Andrew once hung up on a mutual friend when he found out that Andrew was in the room! PS. The mutual friend WAS NOT Epstein!) Guests were also treated to a copy of Elizabeth and Margaret: The Intimate World of the Windsor Sisters and chocolate chip cookies!

Andrew is consulting with season 5 producers of Netflix’s The Crown… which means we most certainly are getting the backstory on the evolution of Diana’s bombshell book, Diana: Her True Story. Elizabeth Debicki is playing seasons 5 and 6’s Princess Diana… Dominic West will be playing the most gorgeous Princes Charles, EVER! However, I could not find Andrew Morton’s character listed on IMDB yet.

“When my book came out, Prince Charles’ popularity went down the pan!” Andrew told the audience of royals enthusiasts.

In the video below, the author discusses how he conspired with Princess Diana through Dr. James Colthurst to write his best-selling biography, Diana: Her True Story.

The legendary writer also discussed Diana’s ability to smile through her heartache. The young royal reporter had no idea that Diana’s marriage was in shambles as he followed her across the globe for royal engagements. He even goes as far as to call Diana a good actress!

The royals expert also touched on the future of the monarchy, specifically, will the public accept Princes Charles and Camilla, Duchess of Cornwall? He talked about the palace spin to try to position them for approval explaining the palace will say, “Camilla is great, she grounds Charles, she’s a wonderful person, she’s funny, she’s witty, she supports all kinds of charities… which she does. And she’s made Prince Charles very happy. But that still leaves a big question mark. Will people in Britain actually accept her as Queen? I think that is the $64,000 question and I don’t think there’s an answer to it…”

He went on to explain, “He [Charles] brought in a guy called Mark Bolland to improve Charles’ popularity and his key thing was to introduce Camilla to the boys, to William and Harry, so that if they accepted her, then why shouldn’t the public accept her? That was his big success and then of course, with Diana dying, that put their possibility of them getting married back a few years… and of course, people forget that the Queen would not receive Camilla Parker Bowels into any function and nor would the Queen Mother. So, for a long time, Prince Charles was, as it were, paddling his own canoe.”

Andrew Morton recently re-released Meghan and the Unmasking of the Monarchy and it is available on Amazon now.

PS. Yes. I totally met Andrew Morton at this event. He is super tall, handsome, and witty as hell! I completely understand why Princess Diana chose him to protect her story.