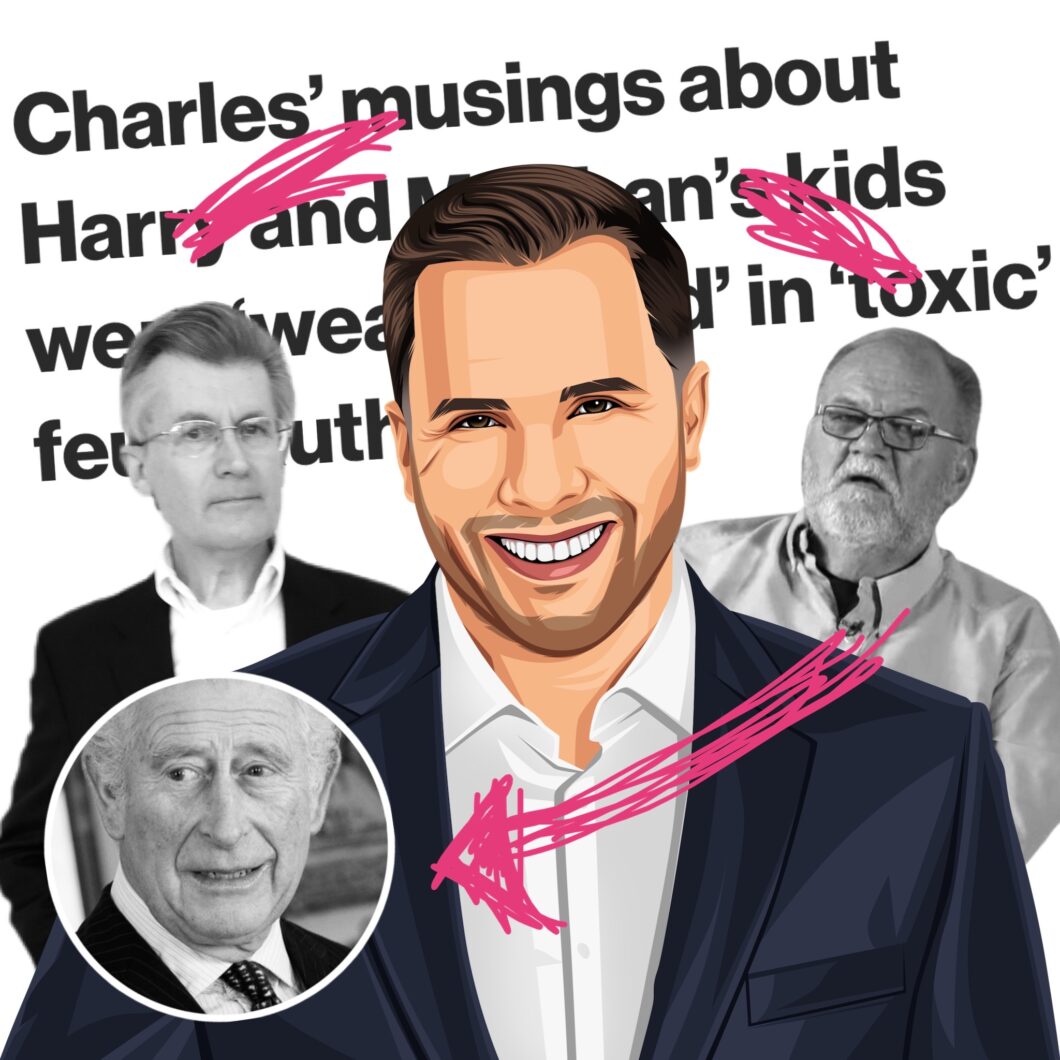 According to Mr. Andersen, “Prince Charles sat down for breakfast and mused to his wife, Camilla, ‘I wonder what the children will look like?’ Camilla was ‘somewhat taken aback’ by the question and replied, ‘Well, absolutely gorgeous, I’m certain.’ Lowering his voice, Charles asked: ‘I mean, what do you think their children’s complexion might be?’

Page Six stressed that “Andersen stops short of claiming that Charles is the unnamed ‘senior royal’ whom Harry and Meghan — whose mother is black and father is white — sensationally accused during their shocking interview with Oprah Winfrey.” It is believed that someone manipulated an innocent comment, however, Prince Charles has been so flustered by the story that he’s allegedly seeking counsel.

GB News’ Dan Wootton has established a friendship with Meghan Markle’s father, Thomas Markle. Dan reached out to Meghan’s father for comment and Thomas was quick to defend the Prince of Wales…

“He just asked an innocent question when he asked what color the baby would be,” Thomas tells GB News. “That’s just curiosity that most people have and it can never be answered until the birth.”

Thomas Markle has always voiced his disapproval of the ‘royal racist’ narrative but went on to explain, “When I married Doria and she was pregnant with Meghan, some of our friends asked the same question and they were not racists they were just curious.”

Meghan’s father believes that “it was nothing more than a simple innocent question. The very same with Prince Charles.”

One thing that the Sussexes and the royal family have in common right now is stress and dread over this book. Christopher Andersen’s Brothers And Wives: Inside The Private Lives of William, Kate, Harry, and Meghan is available wherever you buy books in America.