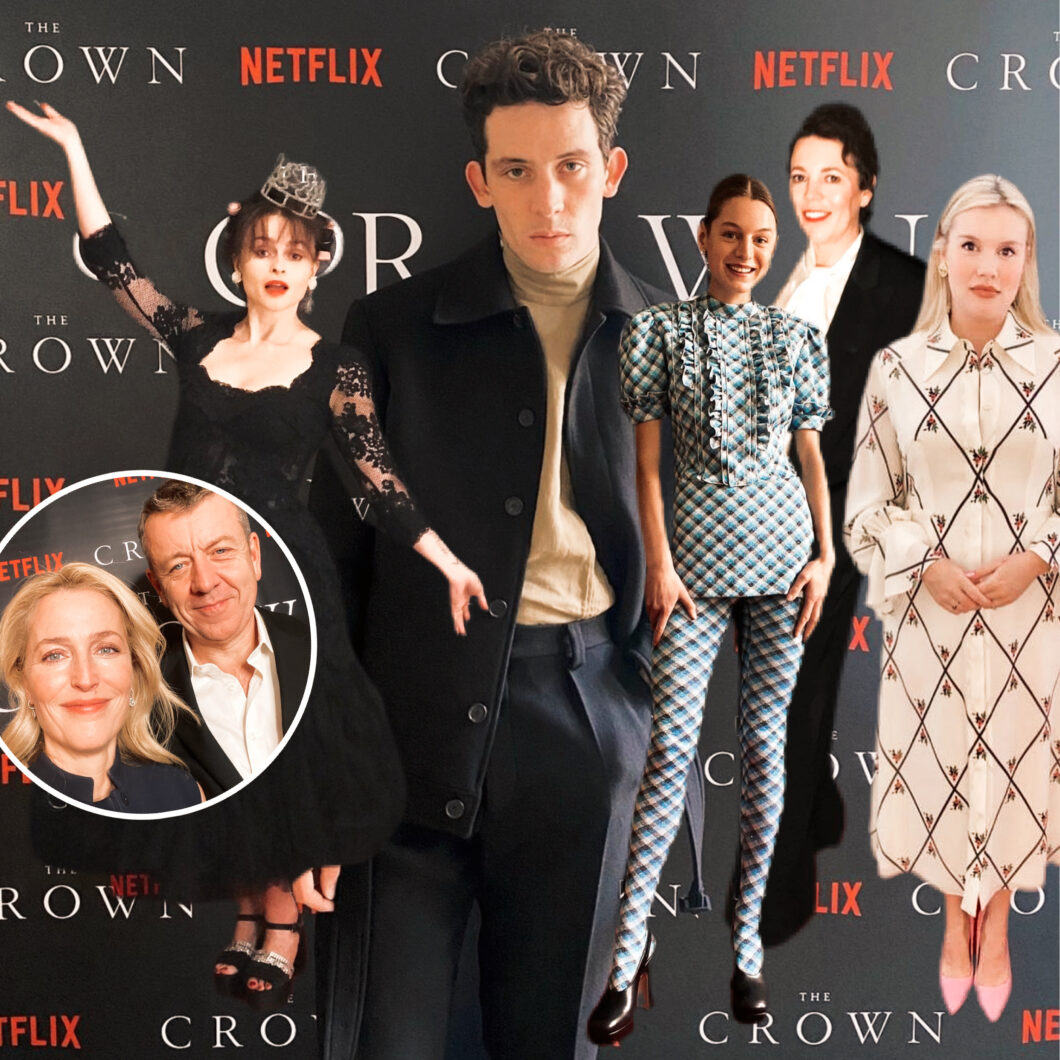 WE LOVE THESE PHOTOS FROM @THECROWNNETFLIX! “If one cannot go to the premiere, the premiere must go to you. The cast and crew of The Crown take part in a virtual launch of Season Four from the comfort of their own homes.”

Helena Bonham Carter in her curlers and tiara – for the win!

Netflix’s The Crown premieres at midnight on November 15th! Here are 10 fun facts about the new season…

1. The prop department says that one of the most challenging prop items to source on Season 4 of The Crown was old mobile phones.

4. Helena Bonham Carter (as Princess Margaret) carries one cigarette holders throughout Season 4 of The Crown – but was give 12 different options!

5. There are primarily 2 corgis featured throughout Season 4. Lily and Prince. From time to time there are additional Corgis to form a larger family/royal household group of Corgis for bigger setups, including corgi puppies.

6. There were 120 individual pieces made for Queen Elizabeth in Season 4 of The Crown by the costume department.

7. There were 80 individual pieces made for Princess Diana in Season 4 by the costume department.

8. On average, it takes around 2-3 weeks depending on the intricacy of the costume to go from sketch to reality.

9. The Queen has 6 handbags that she carries throughout Season 4 of The Crown. Most of these were bought from the company The Queen actually uses. IRL, Queen Elizabeth II is primarily seen carrying a black Launer purse. She allegedly owns 200 of them!

10. Each principal character has 6 wigs. The most significant transformation likely being Gillian Anderson as Margaret Thatcher.