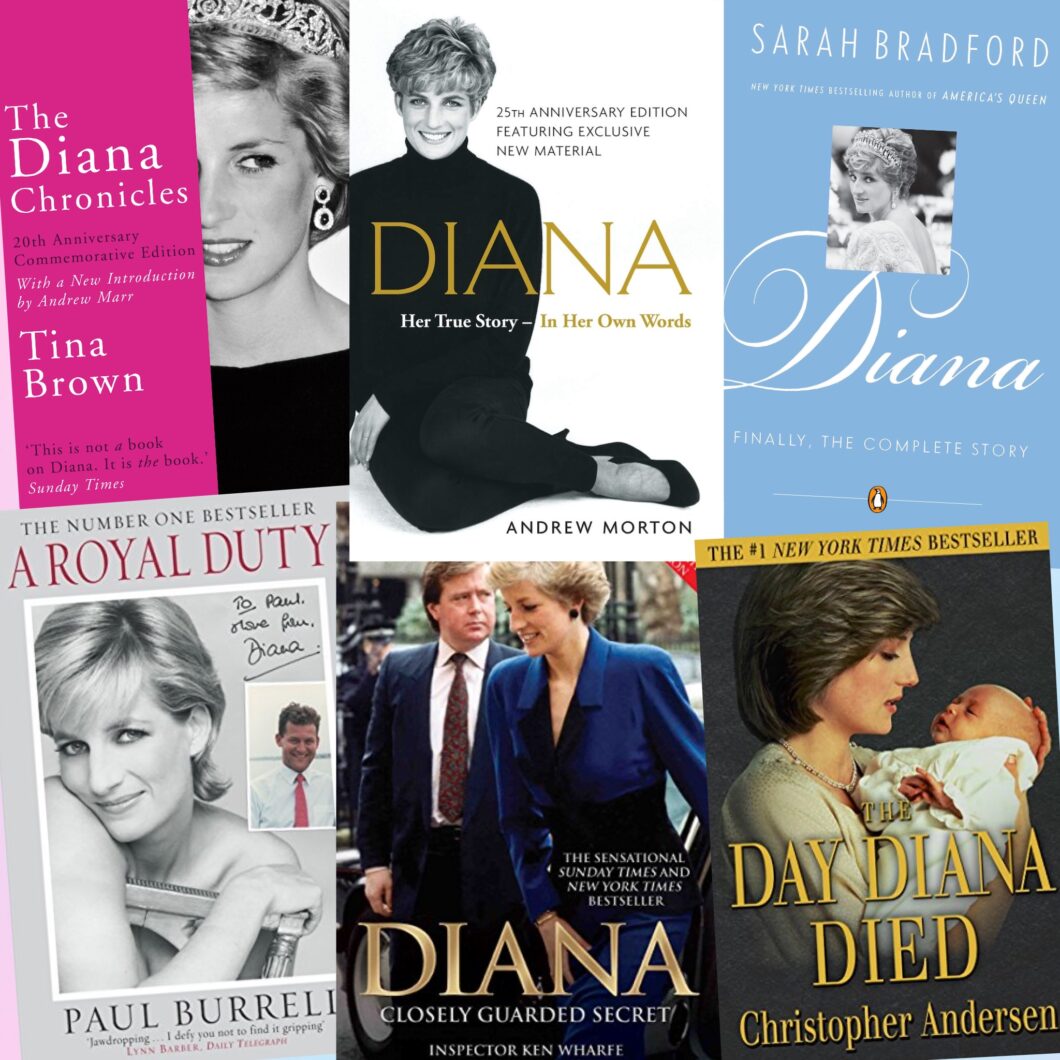 NOT SPONSORED. INSPIRED BY A NASTY E-MAIL.

I just got a pretty shady e-mail from Audible reprimanding me for multiple book returns. Look Audible, it’s not me. It’s you. (Or Piers Morgan. Literally, 352 pages of “I told you so.” You’d return Wake Up too!)

I initially signed up for the subscription service to download Andrew Morton‘s Diana: Her True Story. Discovered additional Princess Diana books along the way and kept paying the monthly fee. Here we are, a year in, and I’ve completely run out of Diana books and they’re trying to put me in time out. How about adding more Diana books, Audible? In addition to paying your monthly fee, I’ve resorted to purchasing vintage physical books. That’s where we’re at now! Papercuts be damned!

Despite Audible’s rude e-mail, I thought I would share my top five favorite Princess Diana books available on their platform.

6. Let’s start with an honorary mention. Diana: Closely Guarded Secret by Ken Wharfe is good but it’s way too short. I finished the book within one day. One of my favorite videos of the Princess of Wales’ Royalty Protection Officer is watching Diana’s boys spray him with a squirt gun at a theme park. Wharfe clearly had a very close relationship with the family. I felt the book lacked in light hearted or sincere moments and it seemed like all of the major or juicy stories he provided, I had already seen him tell in tv interviews. Diana: Closely Guarded Secret is ok but feels insufficient.
⭑⭑⭑

5. The Day Diana Died by Christopher Andersen starts off incredibly strong. It paints such a lifelike picture of the chaos that ensued on the morning of Princess Diana’s car crash. Reaction from doctors, reaction from staff. What Prince Charles said. The play by play had me so fixated. There is a great deal of material that I had never heard before. For instance, after she died, the hospital placed her in a freshly painted blue room because blue was one of her favorite colors. That specific detail broke my heart. My only complaint is that we know the rest of the material. Her upbringing, her marriage, her unhappiness. The most interesting aspect of the book is definitely the details surrounding her death and it’s probably the best explanation I’ve read of cause of death. If you love Princess Diana, don’t skip this book. It’s a must.
⭑⭑⭑⭑

4. This is where the grading system becomes increasingly hard. I want to tell you that Sarah Bradford‘s Diana is a better book than Paul Burrell‘s but Paul’s has so much personality that I have to have him closer to the top. Here is the truth, Diana by Sarah Bradford is an incredible book. They market it as, “The complete story.” That is exactly how you feel when you finish the book. You have such a clear beginning, middle, and end. I learned, perhaps the most from any other book, about her upbringing and her relationship with her parents. It gave me such insight into how she behaved in her own romantic relationships. It’s kind, it’s beautifully written, and it’s informative. I loved Diana by Sarah Bradford.
⭑⭑⭑⭑⭑

3. Like him or not, he’s a great storyteller! A Royal Duty by Paul Burrell is not just a book, it’s an experience. I enjoyed hearing about his life working for the Queen and his evolution into becoming Princess Diana’s butler and friend. The book focuses on Paul and his relationships so he doesn’t go deep into Diana’s background but you get fun personal stories between Paul and the Princess, which I thoroughly enjoyed. Towards the end, there is clear animosity between Paul and members of Diana’s family. Additionally, he tries to explain away accusations that he stole hundreds of items belonging to the princess – but the majority of the book is light and fun.
⭑⭑⭑⭑⭑

2. I loved The Diana Chronicles by Tina Brown so much that I scoured the internet for her contact information to e-mail and tell her but alas… I was ignored. Similar to Sarah Bradford’s book, The Diana Chronicles paints such a complete picture of the Princess of Wales’ life… except Tina Brown is a little gossipy and I love that sh*^. Tina talks about the pushback she received after being one of the first reporters to reveal that Prince Charles and Princess Diana were having martial problems and she discusses meeting Diana towards the end of her life. It’s a fabulous book. I have nothing negative to say about it. I will likely listen to it again.
⭑⭑⭑⭑⭑

1. If you could only read one book about Princess Diana… the obvious choice is Diana: Her True Story by Andrew Morton. Diana was in such a desperate state when she colluded with the handsome young author to get her side of the story out that the book can sometimes feel… heavy. It’s like the princess was so grateful for the opportunity to pour her heart out that she WENT IN. It’s Diana’s truth. It is her experience. This was important for her to tell someone. Someone she could trust. Additionally, if you are a fan of her story as a whole, it’s important to recognize that this was a significant piece of the puzzle in a much bigger strategy by Diana. This wasn’t just about the release of a book, it was about freedom.
⭑⭑⭑⭑⭑

Once you complete this list, check out The Royals by Kitty Kelly and Battle of Brothers by Robert Lacey. They both have little bits of Diana information.

In conclusion, Audible, you need more books about Princess Diana and perhaps I will refrain from returning them. I’m currently reading a beat up copy of Diana: The Intimate Portrait by Judy Wade because Judy was always adorable and I loved her. I’ll let you know how it is once I complete it.