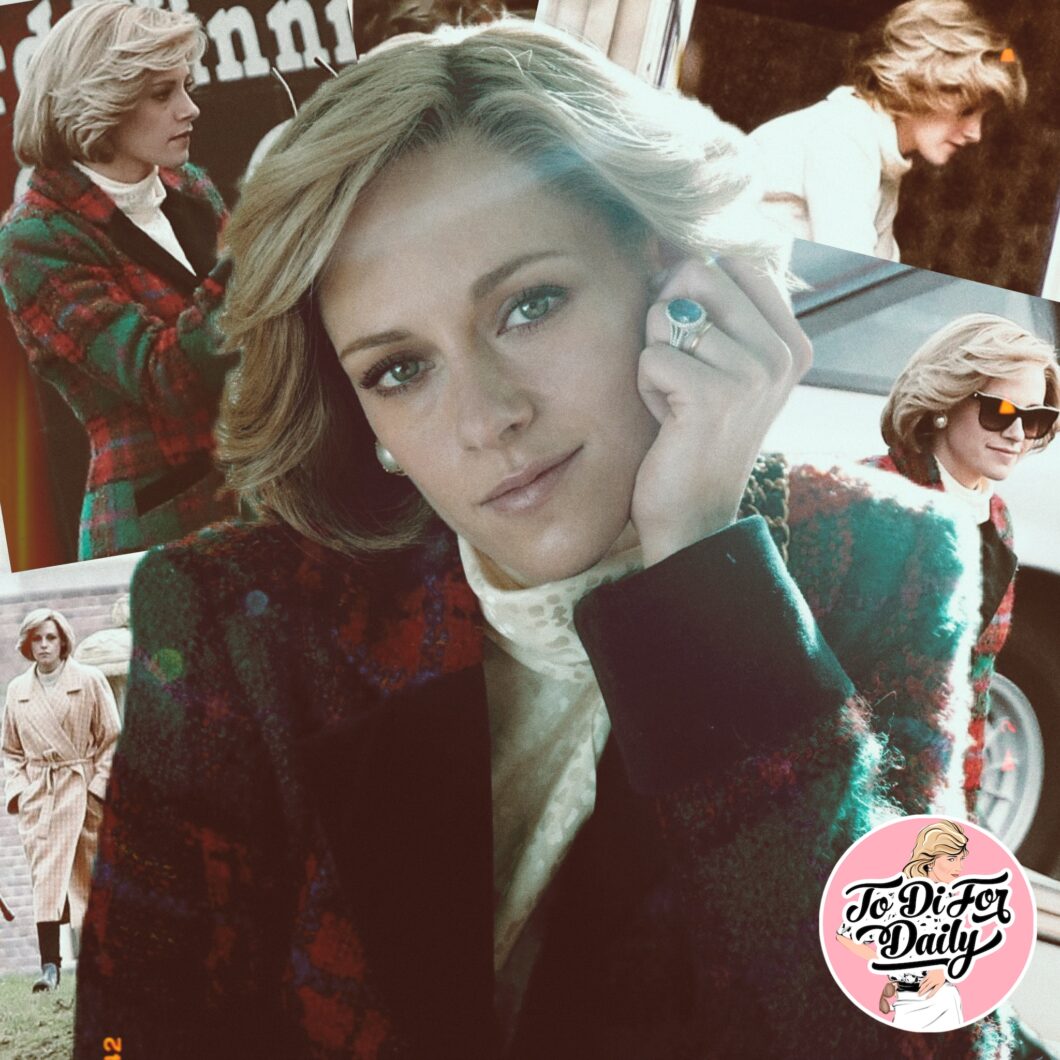 “I haven’t been this excited about playing a part, by the way, in so long.”

Kristen Stewart plays Princess Diana in Pablo Larraín’s Spencer. NEON tweeted a new photo of Kristen today so we had to give you a recap of everything we know about the new Princess Diana movie.

Spencer just completed shooting in Germany and is heading to the UK to finalize principal photography. Kristen told InStyle Magazine that she was anxiously trying to nail Princess Diana’s delicate tone, “The accent is intimidating as all hell because people know that voice, and it’s so, so distinct and particular.”

A huge fan of The Crown, Kristen has applauded Emma Corrin‘s performance as Princess Diana in Season 4. “I feel really lucky to have The Crown because I’ve emotionally invested in people that to me feel… like, I know that they’re real people, and there’s ample material to reinforce that and sort of remind yourself of that… but now I feel this emotional attachment to these characters and I have this accompaniment that I can go to sleep with and feel like, ‘Oh, God, I already have feelings about these people,’” she told TheWrap. “That speaks to the show’s credit.”

Talking to InStyle she says, “I always just thought that this person was sort of stolen from us and I always had a curiosity about her,” Kristen says of Diana. “Every day that I unfold this story, the more emotionally invested I get.” The actress reveals, “I remember imagery from the funeral as a really little kid. I remember being really viscerally affected by that.”

Although we know Spencer struggled to find their Prince William, they seem to be moving forward on schedule… international lockdowns be damned!

The film was written by Peaky Blinders creator Steven Knight. “Working on the script has been a pleasure. I think it’s a different perspective on a story that we don’t all know well, but we all feel we now are a part of it,” Steven told Variety. “I just found the whole thing fascinating. To talk to people who knew her [Princess Diana] and to try and get a view of this person… who this person really was… who was an ordinary person in extraordinary situations is the way I think of her.”

“Spencer is a dive inside an emotional imagining of who Diana was at a pivotal turning point in her life,” explains Kristen. “It is a physical assertion of the sum of her parts, which starts with her given name: Spencer. It is a harrowing effort for her to return to herself, as Diana strives to hold onto what the name Spencer means to her.”

Physically the movie is set in the 90’s and will explore Princess Diana’s final Christmas holiday with the royal family when she decides her marriage to Prince Charles is irrevocably damaged. The Spencer synopsis explains, “December 1991: The Prince and Princess of Wales’ marriage has long since grown cold. Though rumors of affairs and a divorce abound, peace is ordained for the Christmas festivities at Sandringham Estate. There’s eating and drinking, shooting and hunting. Diana knows the game. This year, things will be a whole lot different.”

The cast also features Timothy Spall (Harry Potter fame), Sally Hawkins (The Shape of Water), and Sean Harris (Mission: Impossible). I checked their IMDB pages but their roles have not been disclosed. Timothy Spall definitely gives off some Ken Wharfe (Diana’s Royal Protection Officer) vibes though!

A new addition to the IMDB page is Olga Hellsing who is set to play Sarah Ferguson, Duchess of York. Olga is a German-based model and actress and according to her Instagram page, a “Russian girl with one big dream.” Spencer is currently her only IMDB credit.

Whether Olga has more screen time than The Crown‘s Fergie, Jessica Aquilina, has yet to be seen. While Fergie was a huge force in Princess Diana’s royal life, she’s been rather excluded from tv and movie adaptions of Diana’s story.

Legend has it that Princess Diana and the Duchess of York had schemed to leave their husbands at the same time but Diana chickened out. Both of their divorces were finalized in 1996.

Playing Princess Diana’s father, Earl Spencer is Thomas Douglas. He has a hefty IMDB page but doesn’t resemble the Earl very much. Diana’s father had such a handsome, almost cartoon-like face… and looked a great deal like James Hewitt… but we won’t go there.

Jack Farthing (Netflix’s Love Wedding Repeat) has been tapped to play Prince Charles. Some might recognize him from the tv series Blandings or Poldark. Reaction on social media seems to be primarily positive. However, they do think Jack might be a little too handsome for the role! Ha!

Ahead of the 25th anniversary of Princess Diana’s death, Spencer is aiming for a fall 2021 release. WE ARE SO EXCITED!!!