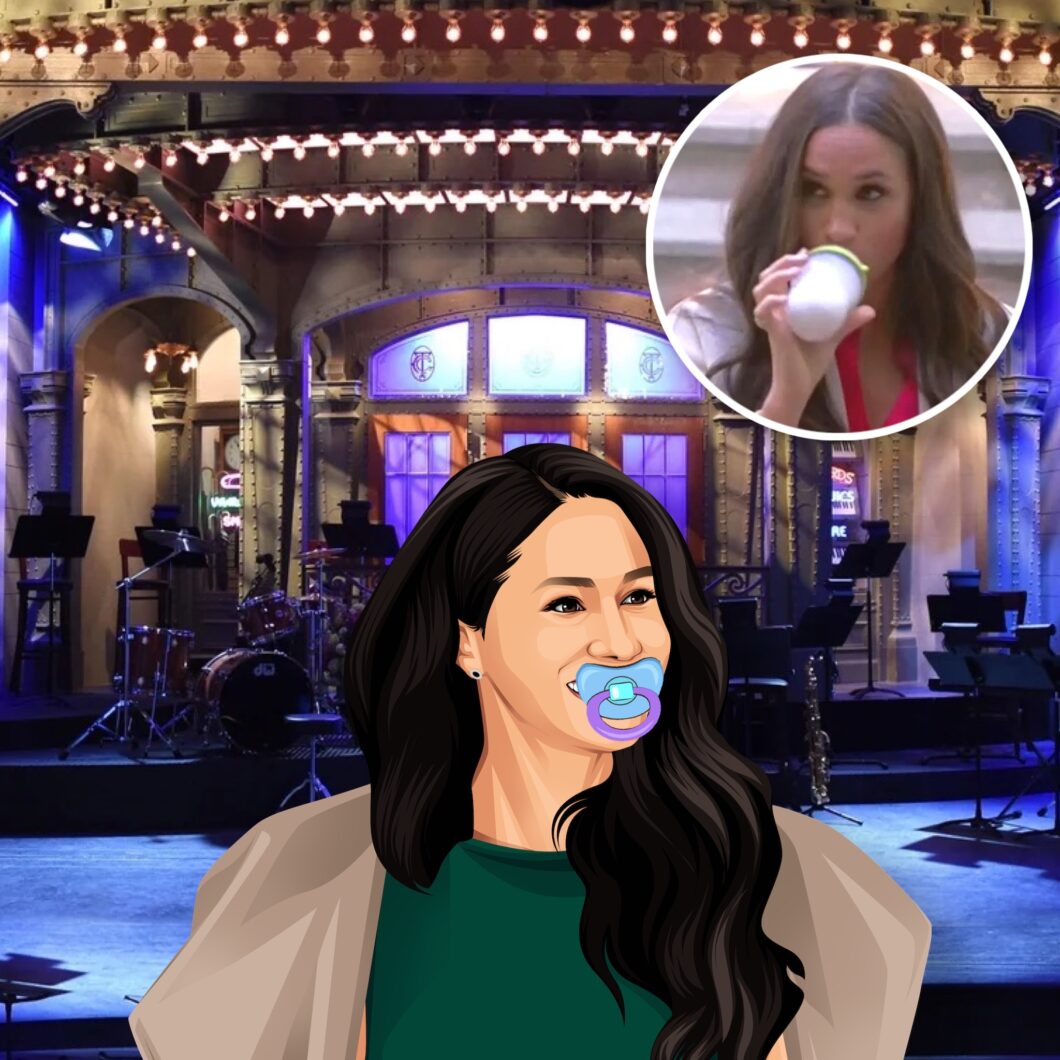 I try not to post straight gossip but this item is too juicy not to share, debate, and investigate with my fellow royal watchers! According to the Instagram account @HRHFacts, Meghan Markle‘s team has reached out to producers from Saturday Night Live in hopes of being considered as a future host.

The post reads, “I have it on extremely good authority Meghan Markle’s ‘team’ has been in touch with the producers at SNL and she wants to host the show.” The media and journalism major goes on to share that INTERNS at the iconic sketch show have been assigned to watch some of Meghan’s interviews, Ellen sketches, and anything that might give them an idea of her comedic strength. @HRHFacts says that the interns struggled to find content that impressed them. HOWEVER, apparently SNL is open to featuring Meghan on the program as long as Prince Harry participates. In fact, they would prefer that Prince Harry host the program. (Allegedly. Allegedly. Allegedly. Cartwheel.)

This rumor comes on the heels of a very savage and rare dig at the couple only LAST WEEKEND on SNL‘s Weekend Update. While discussing Elon Musk‘s pursuit of digital domination and the potential purchase of Twitter, Colin Jost joked: “Come on, Elon built electric cars. He’s going to Mars. Why is he even involving himself with Twitter? It would be like if the Prince of England gave it all up just to marry an actor from Suits.” The audience laughter was palpable!

Of course, this would not be Meghan’s first attempt at comedy. She sat down with Ellen DeGeneres in November of 2021 for a rare interview and participated in a collection of cringe-worthy skits that involved squatting and sucking on a baby bottle. Royal commentators said that the exercise “lacked dignity.”

Unsurprisingly, reaction on social media to the SNL rumor was… skeptical. One user commented, “I have secondhand embarrassment…” Another simply wrote, “The audacity.” With one chiming in, “Oh, wow! She had to go to auditions before married to Haz and now she just has to ask her team to tell SNL that she WANTS to be a host?!?” Would you watch Prince Harry and Meghan Markle on SNL? Tweet me.